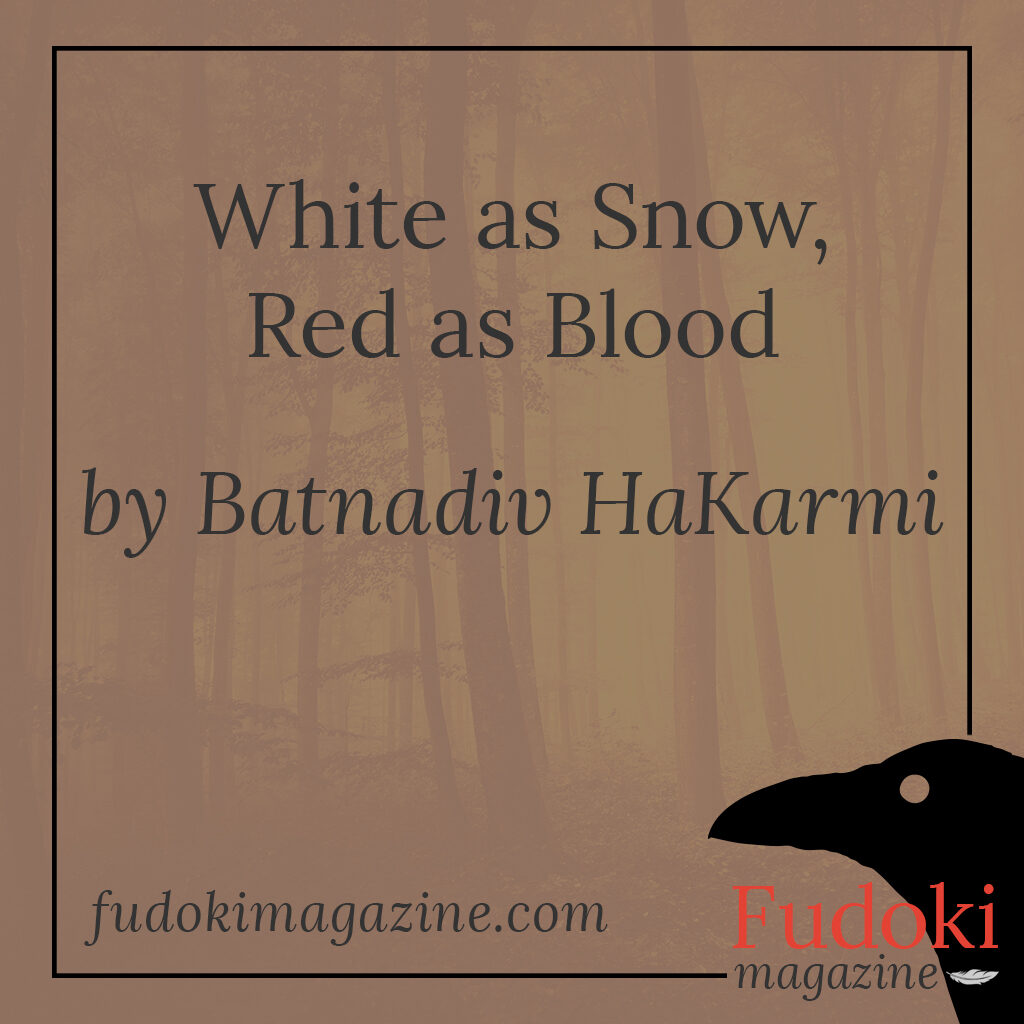 Staring at the open maw of the cauldron, all she wants is for it to be over, to be free. She throws in anything she can find, everything she had carefully saved:

She squeezes her vein, dripping in blood. When it hurts too much to continue, she throws in:

She worries it will overflow, but they are swallowed quickly in that gaping hole of despair. So she throws in:

These disintegrate before they even reached the cauldron. So she adds

By now the light is showing through her skin. She leans over, expecting the murky brew to stink. Instead, as the ingredients came together, they swell in a sudden wave, then coalesce into a glowing sphere that drops into her hand.

Red as blood, bright as the moon. Firm, full, perfect. Her soul within her palms. The bitterness a deeper undertaste, the shadows making a more radiant red. Like her life has been redeemed in a faultless moment, the hurt and pain crushed together into something beautiful and complete.

She thinks:  This—this, I can give to Snow.