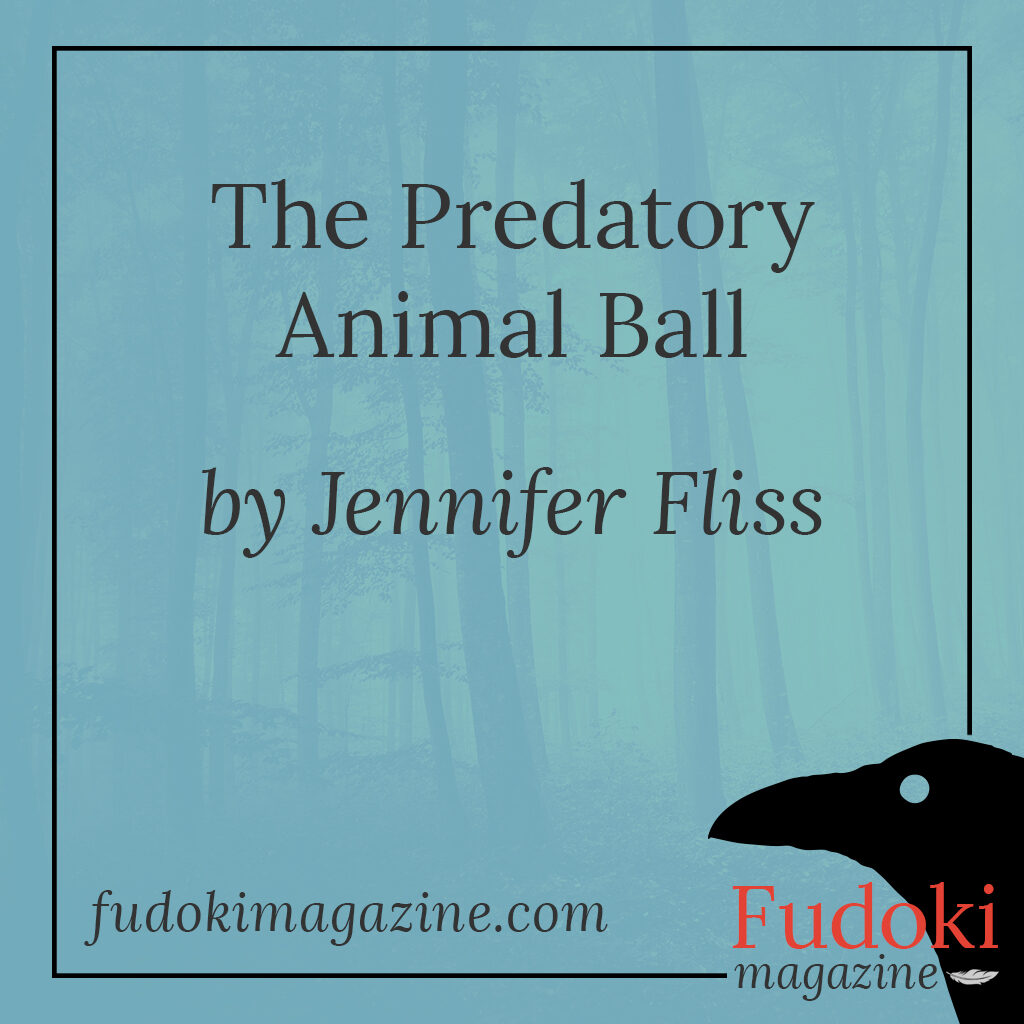 The Predatory Animal Ball was an exclusive affair and a lowly field mouse would never have intentionally received an invitation. On heavy cardstock, like an old-fashioned scientific illustration, intricate sketches of animals snarled back at her. The scientific names of these members of the animal kingdom in cursive. The Latin made it all the more intimidating. The predators were not drawn to scale.

The mouse prepared some tea. She poured the warm liquid into a ceramic cup, which had come as a set. She now used just the one, the other dusty in the cabinet. It was the owl that had left her partner flayed, half-eaten, barely recognizable but for his tail that forked at the tip. She found his body on a haystack in the barn. She hadn’t been back inside since. They had bonded over their tails. Hers had been severed in an accident when she was young.

The next season, the grieving season, she went out only for food. Her agony was a tumor that grew exponentially. She writhed in pain, though not physical, hurt just as much. After several months, she befriended her own reflection, talked to Window-Mouse, and finally reached out to touch her only to feel the cold of glass in winter. She stopped talking to her Window-Mouse, stopped reaching out, and curled deeper into despair.

The invitation to the Ball was the first of any kind that she’d received since her beloved’s death and it was as if she’d been waiting to be invited back to life.

Outside the Ball, she watched from the base of a willow tree, its weeping branches the perfect cover. A sad mouse under a sad tree. The predators pranced, stomped, and slithered up the grand staircase and she marveled at the pageantry. But there were creatures obviously missing. The small, the vermin, the delicate.

The door was about to close after the last animal – a massive and maned lion. The mouse nibbled at her nails. What happened when you went to a party not meant for you?

But she had not thought this far ahead and found herself under the sudden scrutiny of hundreds of eyes. Wolf, tiger, python. Hawks, grizzlies, alligator. The owl was the only creature seemingly unconcerned with her presence.

Look at me. See me, the mouse thought. A low growl issued from somewhere on her right. A hiss of a snake’s rattle. The wet smack licking of chops.

This was a mistake and her partner would never have allowed this foolishness, this interloping with death.

The mouse took one step back and the predators took two forward. She scurried along the edge of the wall feeling the hot breath of those that followed. Ahead, one wall met another, a corner. No outlet. And yet she still ran.

Then with a whoosh, the mouse felt a clutch of talons at her midsection. A tightening  and then up up up. It was the owl. This is it, she thought. Kill me and be done with it. Her eyes were cinched tight, but her ears were wide open as they took in the howls and growls and the murmuring of a party interrupted. Then she felt the smack of cool night air as they left the building.

She went limp as they began a descent, her body a loose configuration of what she should be. Peeking, she saw a field quickly approaching. The grasses lit by the moon, they looked like salvation. A foot above the ground, the owl released. She hit the ground and tumbled feet over tail.

When she stopped moving, she stared up at the hovering owl, feeling like he was waiting for her to say something. “Why?” she asked in a quavering voice.

The owl mumbled something about not being hungry, stretched its talons, and flew off into the night.