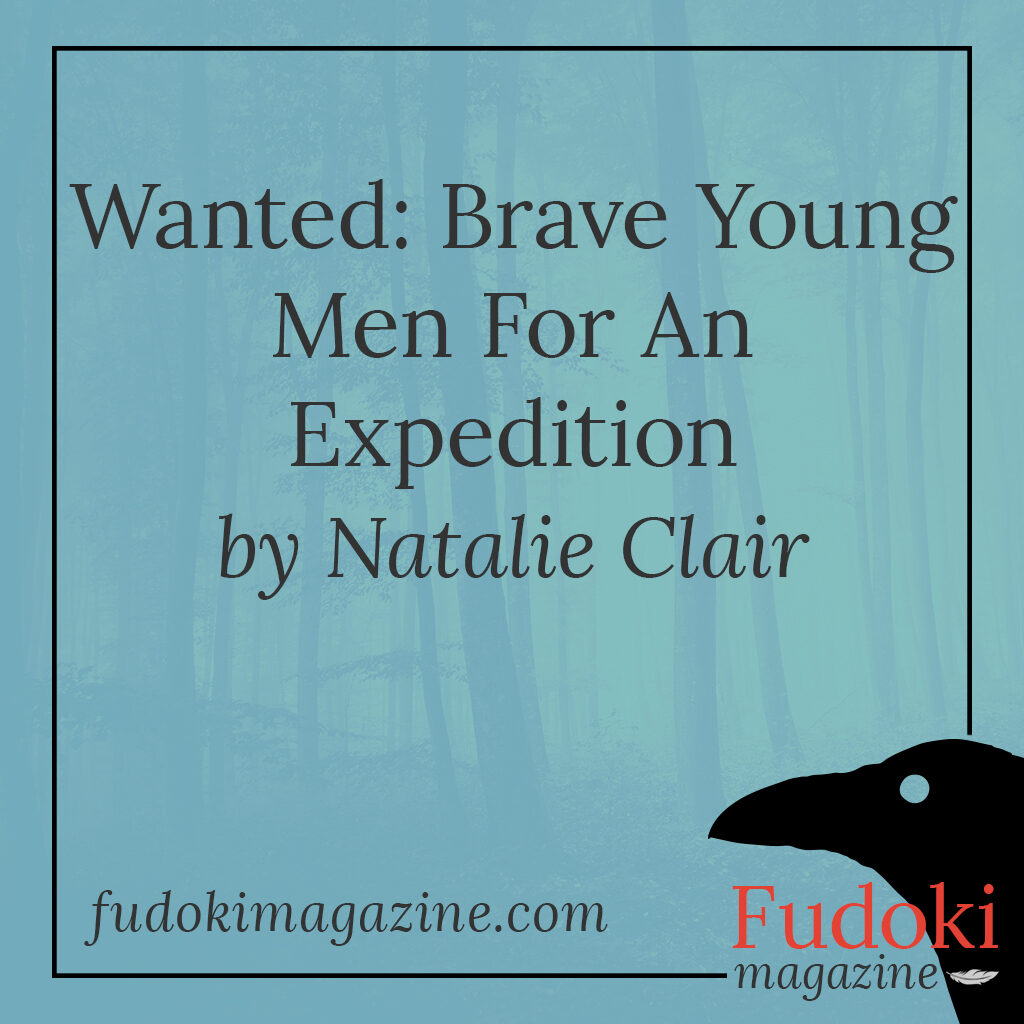 She read the first letter at The Savoy Hotel over a platter of sandwiches on crisp linen, accompanied by the cheerful clink of porcelain and refinement. A lavender gloved finger traced each letter of the ink-spotted paper, a precious missive from her husband.

Atlantic beastly. Arrived in Manaus, believe it will be a week before we are equipped to travel upriver. Sporadic reports, nothing written. Introduced to a gentleman from Leamington Spa, had travelled days from Barra do São Manuel, brought back tales from the natives there. A stench that causes unconsciousness, gigantic in stature and with coarse red hair. It matches, Mary- I think this time I may have found it. I cannot wait for the time we can be reunited.

She read the second letter in her parlour, perched on the scarlet chaise longue. A wedding gift from her parents in Surrey despite, their disapproval. Elgar’s recent offering stuttered from the phonograph as she sipped champagne in a cut glass flute and savoured the words.

Delayed! Fever and illness swept the town, worries it may be Yellow Jack. How I yearned to have your company in the excruciating hours of solitude. I sought out my acquaintance from São Manuel, pressed him for further information. Claims an elder in that particular village is able to call the beast with a shout. Expect to leave soon.

She read the third letter sat on a peculiarly awkward chair in the new headquarters of the Royal Geographical Society. Labourers shuffled past with display cases as she swept her emerald velvet skirts aside, her last that hadn’t been patched. Countless of those treasures from her own husbands’ expeditions glittered amidst the scent of distemper paint. Lord Curzon- president and keeper of the purse- swept past her without acknowledgement. She wouldn’t have thought it possible for his hairline to have receded further since their last meeting.

One of our members has a broken leg, fortunate in that I could send this back with him to civilization. We are close to Barra do São Manuel now, so very close. Each speck of humanity I collide with, I corral our guide to ask the same question. Have you seen it? Petrified, some shake their heads. Others recognize my sincerity, my belief. Recount a monstrous beast with a gaping maw on its abdomen.

She read the fourth letter in the attic room of her sister’s home in Kensington. Disquiet from Sarajevo peppered the newspapers on the floor beside her whilst the rain collided with the window pane. Marbled with damage, she wiped the letter’s filthy residue on her skirt and held the note that had been attached.

Deepest apologies for damage of letter due to fire onboard Royal Mail Ship.

…. Have travelled …. São Manuel…A clearing where I saw destruction, trampled and felled. The elder claims the monster is punishment, a shaman who discovered immortality…. jungle paths lead to its lair… write soon.