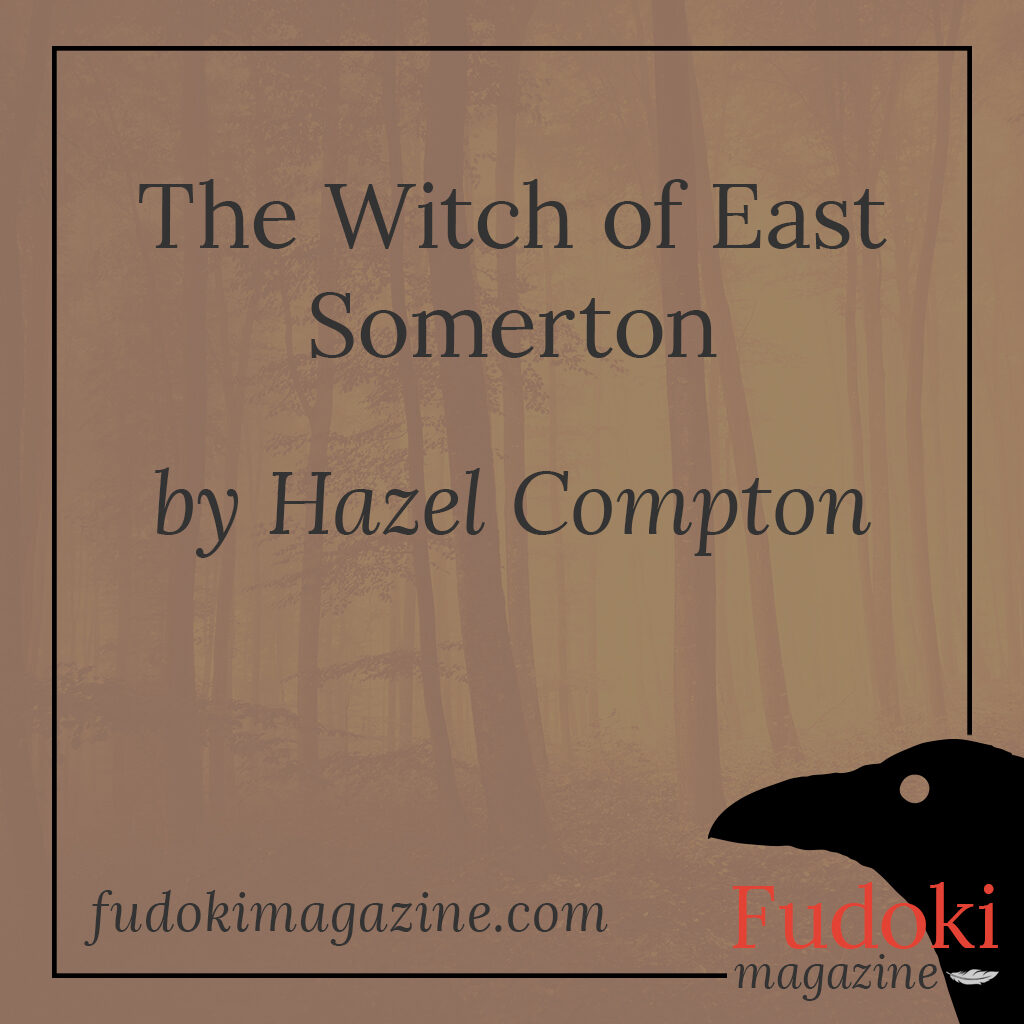 I know what they say about me.

I know, because it’s the same thing they always say. Over a hundred years, and they still go on like I’m the one in the wrong. Like my way with herbs and medicine made me evil only when I asked for payment for my work. Like I’m the one who was the monster, when it was them who buried me, alive, under the nave of this church. And when I screamed and kicked to get out, they took my wooden leg and pinned me down with it, pushing me to the ground while their friends piled the soil around me. They crushed my ribs with my own leg, holding me down with it while the soil weighed down on my hair, pulling at my follicles. Earth trickled into my mouth, tasting of decay and peat and insects. It piled around my neck like a choker, and finally, finally, rolled into space under my eyelids, absorbing the liquid from my eyes.

I could hear their laugh as my wooden leg stayed erect, sticking up from my body when they released it. They piled spadeful after shovelful onto my body, and each time paused to laugh at how perfectly perpendicular my wooden leg was, until they were patting the soil down on the top of me, the vibrations of the spade when it hit the thin soil covering my wooden leg muttering down to me like SOS.

I lay there, waiting to die. But I didn’t.

So, I tried to wiggle my fingers. To push my body through the earth and see how far I could get, but my body no longer wanted to act on my instincts. It had given itself over to the soil already, let itself become one with the ground. I lay there in this useless body, disabled by the weight of the world around me. And I listened. Then, I thought.

My body wanted to be part of the world, to be part of the earth around it. I’d worked with the plants my whole life; I could use my body to continue to do just that. It was still my body, and I could still command it. I didn’t want to just feed the worms and the moles as they passed through me. Didn’t want my body to bloat and swell, expel what it deemed useless across the soil. No, I would give it a purpose.

My wooden leg sprouted through the floor of St. Mary’s Church the day that my left leg wasted away. It grew its first branches when my arms dissolved into the soil. I praised how it grew, feeling the follicles of my hair finally whither away as it sprouted leaves, my eyes shrivelling as it flowered. A towering oak tree, overshadowing the lazy church that broke around it.

As my body faded into the dirt, I could feel the vibrations of children as they walked around the tree above me. Their fascination. Some of them tried to climb up, laughing as they slipped on the bark and tumbled back down.

It didn’t take long for them to walk around me three times. And then, when they thought nothing happened, they didn’t stop. In weeks, I had been called up the surface so many times I didn’t have to just remember what the air felt like. I got to see the world again, and I saw how far I could reach.

Now that my body was one with the Earth, I could send it out. Every call on me, every three-fold loop of my oak tree gave me the strength I needed to spread the forest around me. Shoots of trees sprung up further and further away, ivy pulling and collapsing the abandoned church that had been my gravestone. I spread out, laughing as trees grew into East Somerton, revelling in how the villagers used my strongest branches as swings or picked my wild flowers to give to their wives. I watched lovers beneath my eaves, and I listened to all their gossip in the wind, whispering some of my own. Telling them what they should know about me, and how fruitless walking three times round the oak tree had been. Soon, I’d watch the couple loop my oak tree, hand in hand, their child ahead of them. And I’d gain the power of three times three.

I live in the flesh of the trees and the thorns of the roses. I whisper on the ivy leaves that curl and crush the church. I condemn, I cultivate and I continue.

Keep telling people about me, and let me grow.