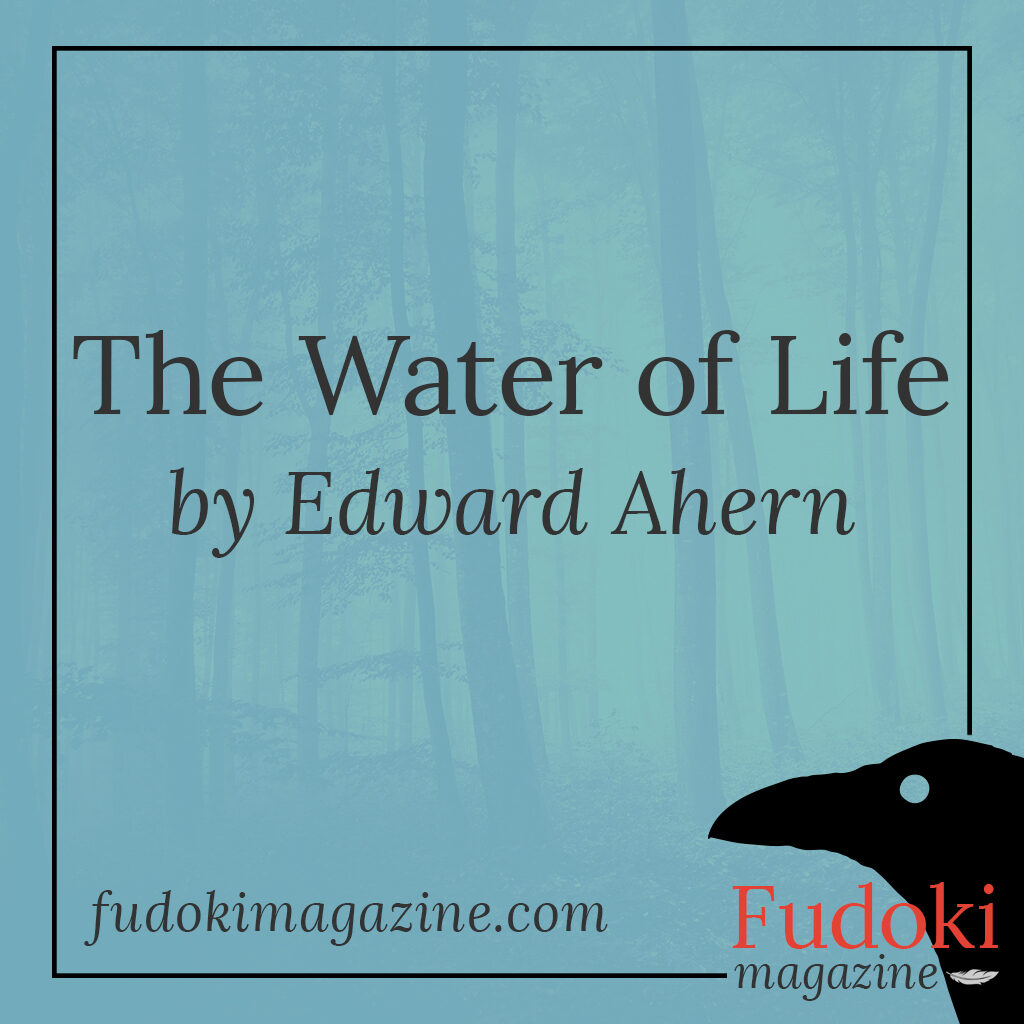 Jacob Konig owned a business as big as a kingdom. But he was so sick that his expensive doctors thought he was going to die. They cautioned him to make preparations. So Jacob called his three sons together and told them that he wouldn’t be living much longer, and needed to name a successor.

The sons thought there must be a way to save him, so they asked doctors after doctors, until one said, “I read in the AMA journal about a fluid administered orally that might cure your father. But the doctor who wrote the article disappeared before he told anyone where to find the liquid.”

The oldest son hoped that if he cured his father, he’d be given control of the business. He spoke up before his brothers could. “Dad, I’m the one to help you. Give me time off so I can find the cure.”

Jacob agreed, and the son left. Just after walking out of the building a beggar sitting on the sidewalk called to him.

“I’m hungry and need to eat, please help me.”

The oldest son stared at the beggar- dirty, ugly and so short he could have been a dwarf. The son sneered. “No money for you, Little and Dirty. Get a job.”

The beggar showed his teeth. “May you be trapped in a life search with no solution, like a man on a horse stuck in a narrow passage.”

And so it happened. The oldest son disappeared. After a week the second son went to his father with the same request. “I demand the same chance as my brother.”

The father was already afraid for his first son, but the second son insisted. And the father-owner reluctantly agreed.

As the second son left the building the same beggar was sitting on the sidewalk. “I’m hungry and need to eat. Please help me.”

The second son saw how ugly, dirty and short the beggar was. “Go to work, Dirty and Little. Make some money. Leave me alone!”

The beggar snarled. “Your search will be in the dark room of your soul with no way out.”

And so it happened. The second son never called, never returned.

After a week the youngest son went up to his father. “Father you are getting quickly worse. Please let me also search for this lifegiving water.”

“My child, I may have already lost your brothers. Don’t ask this.”

And the father reluctantly agreed.

The youngest son left the building, saw the beggar, and approached him. Before the beggar could speak the youngest son said, “You look miserable. Here’s enough money for you to eat for a few days. I suggest taking a shower.”

The beggar smiled, his teeth crooked and mossy. “You’re good hearted. I’m the doctor you seek, and can answer your unasked question. The life-saving water flows from a fountain in an estate three time zones away. I’ll give you directions. Take this tuning fork and two bread rolls. Rap the fork on the iron door of the palace, Its vibrations will unlock and open the door. Inside the door will be two guards with lion headdresses. Give each guard a bread roll (I know it doesn’t make sense, just do it) and they will allow you to pass. Hustle to the fountain and take some water, then quickly leave. The door is on a timer and will shut and lock after one hour has passed.”

The youngest son thanked the beggar and set off by plane, by ship and by long car drive to the palatial estate with the healing water. Once there he rapped the tuning fork on the door, which swung open. He handed the rolls to the guards and hurried down a long corridor toward the fountain.

Along the corridor were four locked doors, also solid iron. By the time he reached the fourth door the youngest was curious and knocked on it. From the room came the sounds of a woman crying. “Go away, leave me alone!”

Instead he rapped the tuning fork on the door, which flew open. Inside sat a beautiful young woman, still crying. When she saw the man she jumped up, ran to him, and gave him a hug.

“I was cursed to quarantine in place, but you’ve rescued me. And, believe it or not, the man who frees me is entitled to share my estate and marry me if he wishes.”

The young man kissed her. “Great idea, but it’s a bit sudden. I must obtain the water of life and use it to heal my father, but I’ll return before a year passes so we can marry. Now, where’s the fountain?”

“A little further down the corridor. But first you should open the other three doors. Each room holds a guy who’s really rich. They will, I’m sure, be grateful and generous. And, seriously, come back within a year and I’ll marry you.”

The youngest son tuned open the other three doors, and each captive blessed him and swore to honor their release with gold. The youngest was running short of time, so he quickly thanked them, grabbed an empty wine bottle, ran to the fountain, filled the bottle and ran back to the front of the mansion. The heavy door had begun to close just as he arrived and pinched his heel as he ran through the doorway.

Once outside the mansion he saw the beggar, cleaner, but still short and ugly. “Good,” the beggar said, “you didn’t screw up.”

“My brothers. They must have asked you the same question?”

“They dissed me and are now more trapped than your girlfriend was.”

“Please,” said the son, “they’re jerks but they’re my brothers. Could you release them?”

“They’re liars and cheats, and will do you dirt if they can. Dump ‘em.”

“They Are scum, but they’re family. Please let them go.”

“Very well,” the once beggar said, “if you insist. Look behind you.”

The youngest son turned around to see his two brothers, wearing the same suits they’d had on the day of their departure. He turned back to thank the beggar, but he was gone. The two older sons joined the youngest by long car ride, by ship and by plane back to their father.

During the long car ride, the youngest brother explained what had happened, and showed the other two brothers the water of life. The older brothers sucked up to the youngest, telling him how pleased his father would be. But even while praising him they were planning his ruin. While on the ship, they snuck into the youngest son’s cabin, drained the water of life into a flask, and poured rank bilge water into the wine bottle.

Immediately on returning to the family estate the youngest son hurried to his father, and poured him a glassful of what he thought was the water of life. But the father no sooner drank it than he cursed and vomited. “You’ve poisoned me!”

The youngest tried to tell his story to the father, but he barely heard it. “Leave my house immediately and never return! You’re both fired and disinherited.”

Once the youngest brother had been thrown out of the house, the two older brothers went to their father and offered him their water. The father cautiously drank, and within minutes felt healthy and virile again. “You have been my faithful sons,” he said.

Two weeks passed, and three armored trucks arrived at the father’s office, each loaded down with gold bullion, and notes which each proclaimed:’ For youngest son, who rescued me.”

The father began to regret his anger, and suspect that the youngest son had been telling the truth. He ordered that announcements be put on billboards and on Twitter that he forgave his son and wished him to return.

But youngest son, realizing he’d been suckered, had already departed to return to his girlfriend, who after all had lots of money. The heiress, meanwhile, realizing she was contractually bound, had ordered that the path leading to her estate be painted in gold yellow as a sign of welcome.

The youngest son sprinted up the golden path and into his girlfriend’s arms. After several tastefully undescribed days he looked over at her and said, “We need to visit my father so he can meet the woman I will marry.”

“I know, but hate or not he’s my father and may come around if there are grandchildren.”

So the couple went by long car ride and ship and plane back to his father’s office. When the father saw them he ran around his desk and embraced them both. “I know it was you who found the water of life for me. Tell me how to punish your brothers.”

But the older brothers, learning of youngest brother’s arrival, had cashed in their retirement funds and departed, never to return.