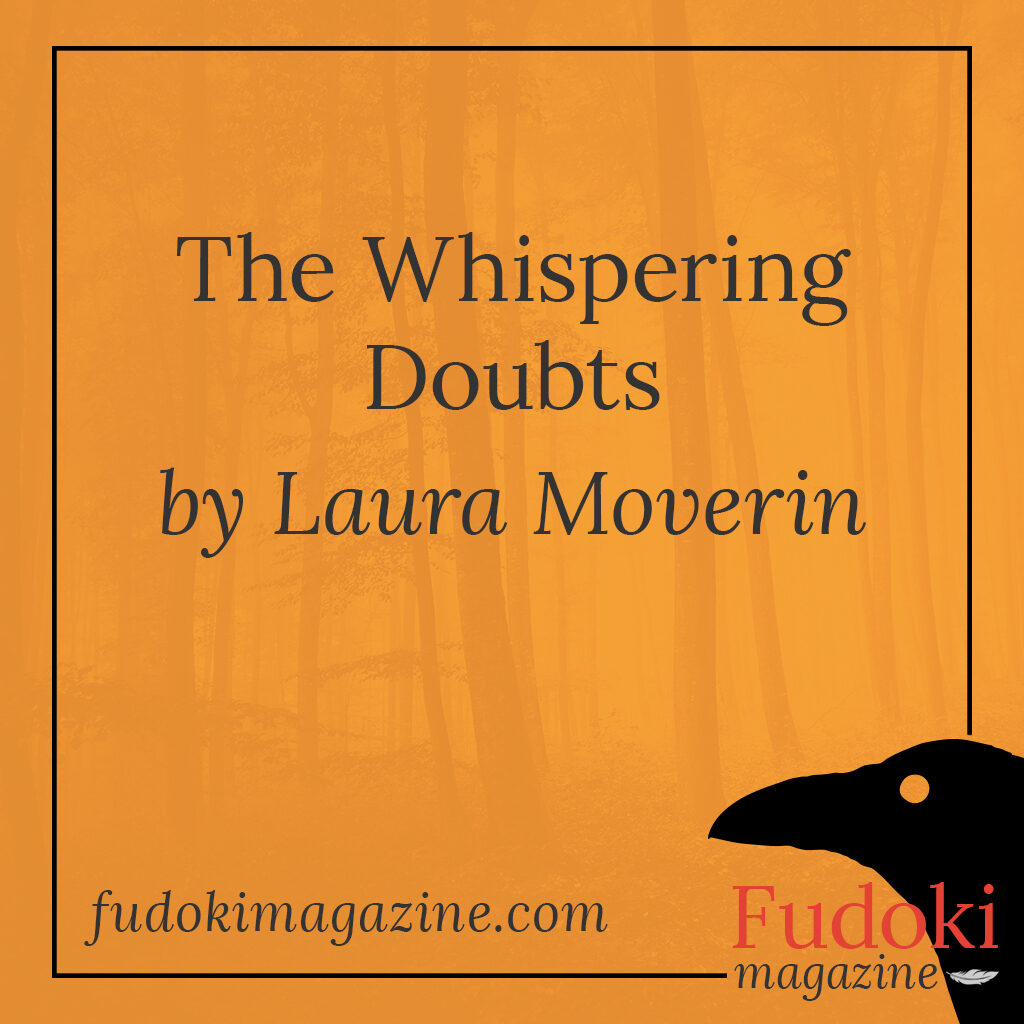 Clouds were gathering around the mountain, sinking the people who lived there into a world of misty silence. Those on the roads slowed down and those out walking turned back. What seemed friendly and expected in clear daylight took on a brooding quality in the mist. In this blurred atmosphere the twisted tree becoming a crouching witch and the tall stone a human figure. These subtle changes awoke fear in the human heart and that in turn awakened the dark fae known as the Unsealie court.

It was perfect weather for them to be abroad. Once a year they rode the roiling skies in the tumult of the Wild Hunt, but it was not yet time for that. No, this was the time for small mischief for bogies and bogarts and most of all for the Whispering Doubts. The Whispering Doubts were not a single faery but a hoard, like a flock of starlings or perhaps more accurately a plague of locusts.

There was no leader among them but there was a drive, a hunger that awakened in such weather. It wasn’t so much the atmospherics of the mist; it was the thin thread of fear that humans and livestock exuded because of the changed world.

The Whispering Doubts were clustered in the mountain forests. They hid in the deepest darkest place they could find, all clinging together upon their favourite tree. As the mist crept through the woods dozens of sharp black eyes opened, and a whirring chittering sound began. As one, the Whispering Doubts took flight. They came first to the farmer’s fields and found the one lost sheep that had strayed from the flock. They drove the lumbering beast stumbling into the briar. It was a small taste of fear, an appetizer.

They flew on to find the farmer who was calling and searching for the sheep. Like a pack of bats they flew close about him without ever actually touching him. The farmer turned this way and that swatting at the air. Within him he felt a wave of rising worry first for the missing sheep and then for the lambing that lay ahead of him. He could see a whole chain of disasters unfolding in his mind’s eye all the way to having to give up the farm. All this confusion diverted him from his intended path, and he found himself wondering lost in his own fields until he came across a prickly strand of barbed wire fencing that led him home.

The Whispering Doubts laughed with glee and flew on. They found the farmer’s daughter safe in her bed. First, they scratched spindly fingers over the window glass. The girl stirred uneasily, rising from safer dreams. The Whispering Doubts reached out with their long claws eventually raising the window. They flooded the room on a billow of cold air. Light as feathers they landed at the foot of her bed. From beneath the bed a common bogie watched pulling back into the shadows cautiously. Even for fae the Whispering Doubts had a reputation. The little faeries climbed up the bedding. The girl was now wide awake, but she felt a terrible heaviness pinning her inside her body. Excitement rose among the Whispering Doubts for there was no more perfect situation in which to play with a soul’s fears. They climbed up close to her heart, they snuggled in beside her ears and then they began to whisper.

“Your parents do not love you.”

“You will never pass your exams.”

“You are not as pretty as your friends.”

On and on the whispering words rolled while the girl lay trapped, her heart beating erratically. Suddenly there was a sharp yowl and the house cat leapt up onto the bed. Faeries scattered, the whispers disbanding with them. The girl took in a deep breath finding that at last she could move. Thwarted, the Whispering Doubts took wing flying out the window and down the moonlit lane to the town.

That night all over town people woke from dark dreams, lights flicked and spouses where roused by fearful ranting. The banker dreamed of financial collapse, the baker dreamed of his loaves burning, many dreamed of lost love and betrayal. The Whispering Doubts continued their rampage until the first light of dawn. Sated on fear and panic they surged back into the dim depths of the forest. There they clustered like moths covering the bark of their favourite tree and as contented as innocent children went to sleep. In the town the hollow-eyed residents drank their coffee and eyed each other. A few haltingly mentioned strange dreams but most kept quiet. Fears after all are best kept in the dark.

One thought on
“The Whispering Doubts”