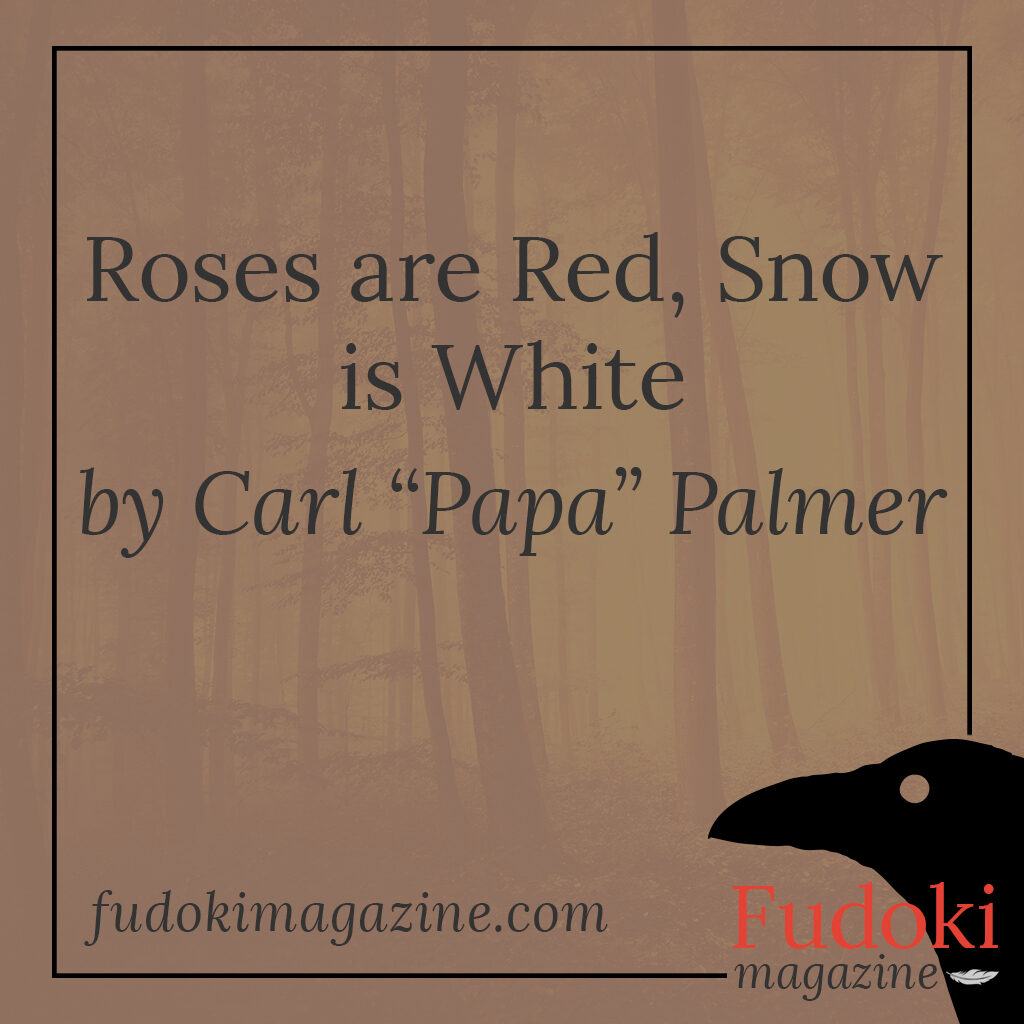 Upon a time once in the renowned cottage inn called Mom’s, just off the good king’s highway halfway hidden by an ample apple orchard alongside the good king’s forest of enchantment in which fables are known to dwell, dwelt the proverbial fairytale family.

Mom is an elderly widow woman widowed as so many women widowed in that time by hero husbands dying, vying to slay dreaded dragons in dragon slaying quests of service in the good king’s Dragon Slaying Alliance to stay the good king’s kingdom dragon-free.

Not a wicked witch, nor evil stepmother as in many fairytale families, Mom was just Mom to her two beautiful teen-aged daughters, the fair haired Snow White and Rose Red, dark of hair, who share duty running Mom’s inn.

Mom’s appetizing apple confectionery skills and her fermented apple concoctions known throughout the good king’s kingdom beckon folk from far and wide to ingest and imbibe. While the girls serve up strudels and cider, Mom tends adults her apple brandies at the bar.

Uncommon late night knocks beckon them to the inn door that bears the closed for the night sign. An illiterate snow-covered bear implores, which is common in fables and fairytale lore where animals speak, Please from yon cold allow me in for a moment of warmth, before my way anon I’ll gladly be.

Lying down in front of the fire, Snow White and Rose Red brush snow from his fur as Mom ladles apple porridge into his mouth. All become best friends, joking and singing ballads into the night, everyone falling to sleep contentedly on the floor in front of the fire. Almost everyone…

Early that next morning the overtly gorged waddling bear square in the scope cross-hair of our hero hunter, just prior to pulling the trigger, hears the beast singing a sordid song: Have you ever seen rose red blood flow forming puddles upon snow white snow? first steaming bright in dawn’s dim glow soon cooling dark as deep black coal.

Ferocity filled, our hero hunter finds he has plenty of time to ponder his approach as the bestial creature slumps against an apple tree and belches into a bloated snoring slumber.

Last night in town, after having heard rave reviews of the most recent fairytale thriller, Little Red Riding Hood, as scripted by the brothers Grimm, our hero hunter devises a plan akin to the happy ending of their story.

Little Red is saved by a passing lumberjack who cut open the big bad sleeping wolf with his trusty axe thus saving Red and grandma.

Not having an ax, our hero hunter shoots the unaware sleeping bear, drags it to the good king’s taxidermist who removes Mom and her two beautiful daughters, then stuffs the bear for display on Mom’s cottage inn porch for all future customers and bears to see. …and ever after happily they all lived.

So now we conclude our story with this expected epigrammatic fairytale moral: A bear may speak, but not always the truth and always feed bears something more filling than apple porridge.