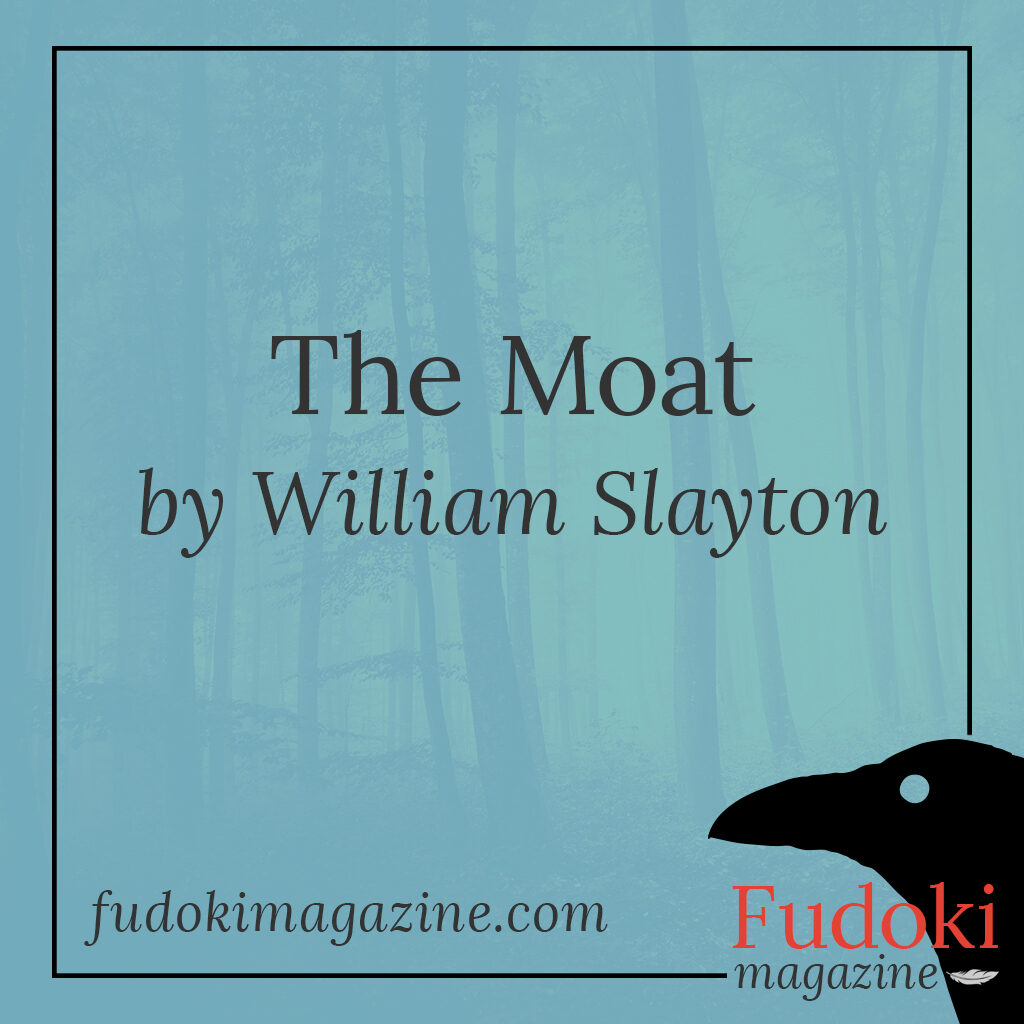 Quitting the public road, the knight made for the castle. He walked toward the west wall, hoping the lime trees lining the moat would screen him from sentinels. The spring day was chill and drear, with dark clouds shrouding the midday sun and winds whipping the blue-green water. He stopped atop a low mound. As he gathered rocks, he scouted the battlements, spotting no one, then ran his eyes down the gray stone wall to a gilt-framed window. His third throw struck home.  The shutters swung open, and there she stood, her scarlet locks shaming the sun. He stepped from the trees to the brim of the moat and saw her surprise.

“Sir,” she called out, “you should not have come.”

“The King and his men are of another mind.”

“He was once my friend.”

“He is feeling deep sorrow, wild wrath.” She leaned out to look south. “It was well you came here and not the gatehouse.”

He scanned the barren lands to the north. Would they afford refuge?

“The King is your father,” he said, “and at your word the guards will drop the drawbridge.”

“The King is my father, and I shall give no such word.”

Higher up, at that arrow-slit—a half-hidden crossbow?

“I have traveled far for you.”

She gazed past him into the trees. “Where is your steed?”

“Tied to a tree in yon hamlet, just off the thoroughfare. He threw a shoe.”

“You dared the public road?

“I had no . . . encounters.” He would not share how many eyes had frozen him from behind cottage fences and croft hedges. Or how that farrier, seeing him approach with his hobbled horse, had spat in the dirt and cursed him and barred his door.

“You cannot count on your luck to hold.”

“Lady, I once sang up to you from this bank.”

He could feel the old warmth cutting through the chill. “In the undercroft,” he said, hastening to his plea, “there are rope ladders, as I know from my last stay.” The memory lanced him. “A mere fortnight ago.”

“Hook one rope-end round those spikes and climb down to me. We shall be off, and be wed, and face perils together.”

“The moat,” she said slowly, “lies between.”

On its surface he saw reflected a phantom-castle, rippled and blurred.

“’Tis neither wide nor deep. I shall ford it and bear you across.”

Her voice grew grim. “It teems with evils.”

“Then let me cross, mount the ladder, and bury myself in your arms, if only for an hour.”

“It would indeed be a burial.”

“I would brave it for you.”

“And I—nay, ‘twould end all.” At once she signaled silence. Did she hear ringing swords? “Fly, I beseech you, and forsake public paths.”

Yet he eyed the road yearningly, still doubting all was gone—the friendly smiles and salutes, the hearty handshakes and backslaps, the bakers proffering loaves, the brewers serving up mugs, the farmers tendering fruits and vegetables, the jesting and wrestling and jousting and fiddling and singing and dancing.

“I too, most feelingly.” Her eyes plumbed the depths below. “But until this plague passes, we must keep our distance.”

One thought on
“The Moat”