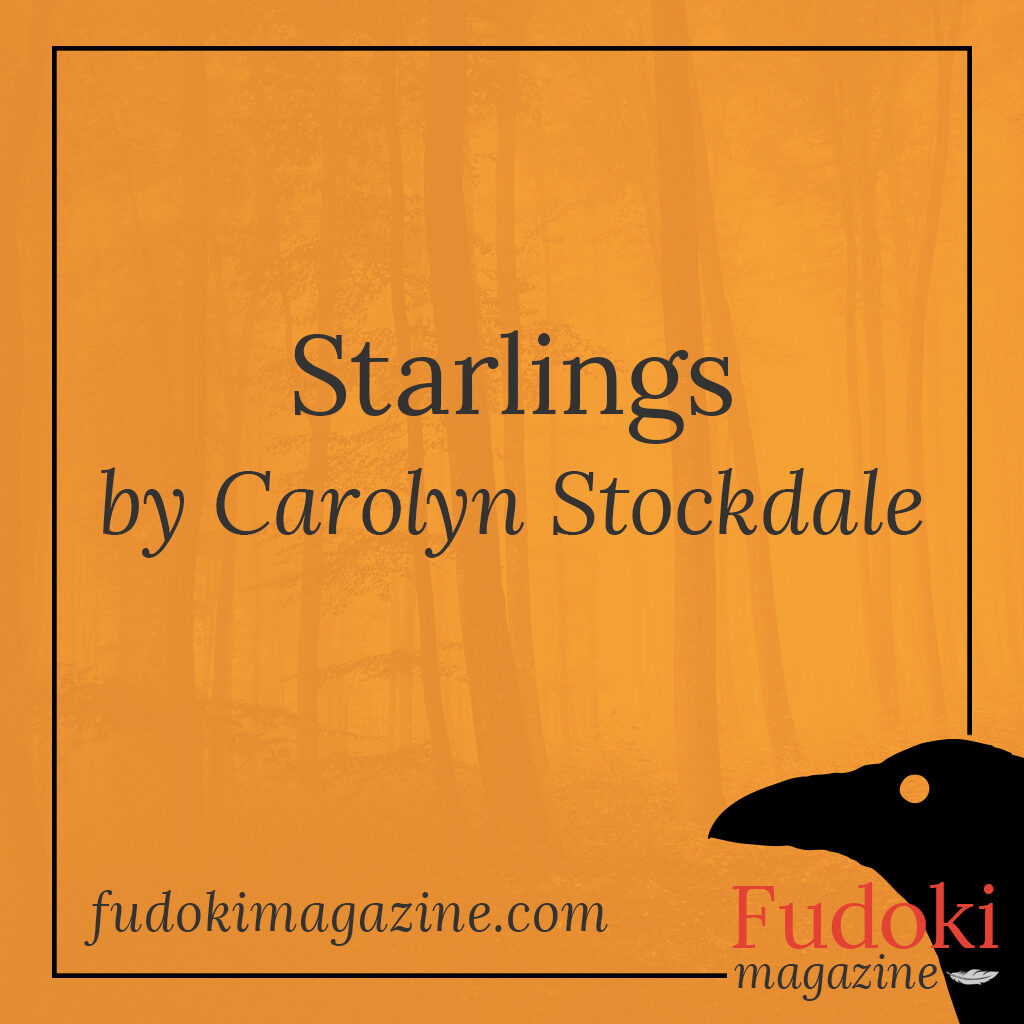 Far away at the edge of the world, beyond the Golden City and the tangle of train tracks, at the very point where the earth met the sky, there lived a girl who was frightened of sleep.

Each night as the sun set, her heart began to race.  She closed the curtains and locked the doors, just like everybody else.  But she couldn’t bring herself to go to sleep.  All of her nightmares gathered before her, riding like demons from the deep.

A practical girl, she prepared herself accordingly, lighting the oil lamp, counting her coins into the pocket of her warmest coat, which she buttoned up tight around her neck, tucking a knife into the belt.  Lastly, she set out a rope and an axe on the floor, in case her consciousness should slacken and she felt herself falling into the abyss.

Of course, she kept all this a secret.  Who wouldn’t?  But, she wondered, why weren’t the others living on the edge, so afraid of sliding off.  It was all very well for the wealthy folk in the Golden City.  For those who were born right on the edge, it was much better to try not to think.

So, night after night, the girl on her bed, eyes wide open and mind all astir, until the grey light of dawn, when she rubbed at her sore eyes, dressed herself and trudged through the streets to the library where she worked.

In truth, she was very bad at her job.  All those sleepless nights made the words dance and jiggle on the page.  When an overzealous reader leaned in to ask a question, she couldn’t manage to follow their words.  Only when they’d gone did the swell of the quiet jolt her awake.

One cold February, the girl ate her meagre sandwich outside, enjoying the feel of the wind on her face.  Out of nowhere, a starling with petrol coloured wings landed by her side.  The girl jumped up.  Birds were bad luck. They could snag you with invisible threads and carry you with them, over the edge.

She’d seen starlings before, rippling over the fields in their hundreds like a  cloud of dust, but never just one, never close up.

As the starling cocked its head, she stared into its eye and wondered what it must be for this brave little bird to spread its wings and leave land far behind.  The bird stared right back.

At lunch time the next day, the bird appeared again.  This time, the girl pulled the crust from her bread and threw it down. The starling hopped forward and gobbled it up. The girl glimpsed her own reflection in the bird’s eye and wondered at the images burnt into its brain.   When she was small and her parents were alive, they had held her hand and sang her to sleep.   On those nights, she had dreamed she was flying, soaring high over the clouds. The starling, who’s dreams were its own, fluffed its feathers and flew off.

On the third day, the bird came again.  The girl stared at the star like speckles on its feathers and to her surprise, recognised a pattern.  First Orion, then the Plough. There was Taurus, tucked at the top of its wing.  Aquarius at the base of its tail.

‘What do you see starling?’ she said, surprised at the sound of her own voice, ‘What lies beyond the edge of the world?’

The starling laughed.  A harsh, rasping, chuckle. ‘I could show you,’ it said, ‘but you’ll need to go home and get some sleep first.’

The girl was angry.   Why did everything revolve around sleep.  Did the bird not know she had been cajoled and bribed to sleep all her life?

The starling sighed. Humans considered themselves the superior race.  Except when they wanted another species to speak.  In which case, they wanted wisdom dripping with gold.  But the starling was a kindly bird, as it happened, it felt sorry for the girl.

‘If you cannot trust what lies behind your eyes, you aren’t ready to see what lies beyond them.’  That ought to do it.

The girl turned this over in her mind and the starling took off before queried anything else.

That night, the girl sat a long time in her room.  With great effort, she hung the coat in the cupboard, put the knife in the drawer, the rope and axe in the cellar, and the coins in a box by her bed.  Then she snuffed out the oil lamps and lay down to sleep, as she imagined normal people did.  Fear beat loud in her chest.  But she held on tight to the starling’s words, and before long, she drifted to sleep.

As she slipped down that strange lonely path, she thought she saw her mother and father, both long dead, laughing cheerfully at a table.  Soothed by their faces, she pulled up a chair.

She was about to ask where they had been this long time, when she felt a sharp peck on the side of her face.  The starling.

‘Why aren’t you ready?

‘I am,’ the girl pinched herself awake, ‘I went to sleep, just like you said.’

The starling eyed her nightdress, ‘But what about your money, your knife, the coat?’

The next day, the girl was very late for work.   True to its word, the starling had taken her out into the night, following the song of a thousand birds.

‘The edge of the world,’ she said, ‘it’s disappeared.’

But the starling kept on flying.

‘This is  all the wrong shape,’ she said, ‘anyone would think it was round like a ball.’

The starling flapped its wings and flew faster.