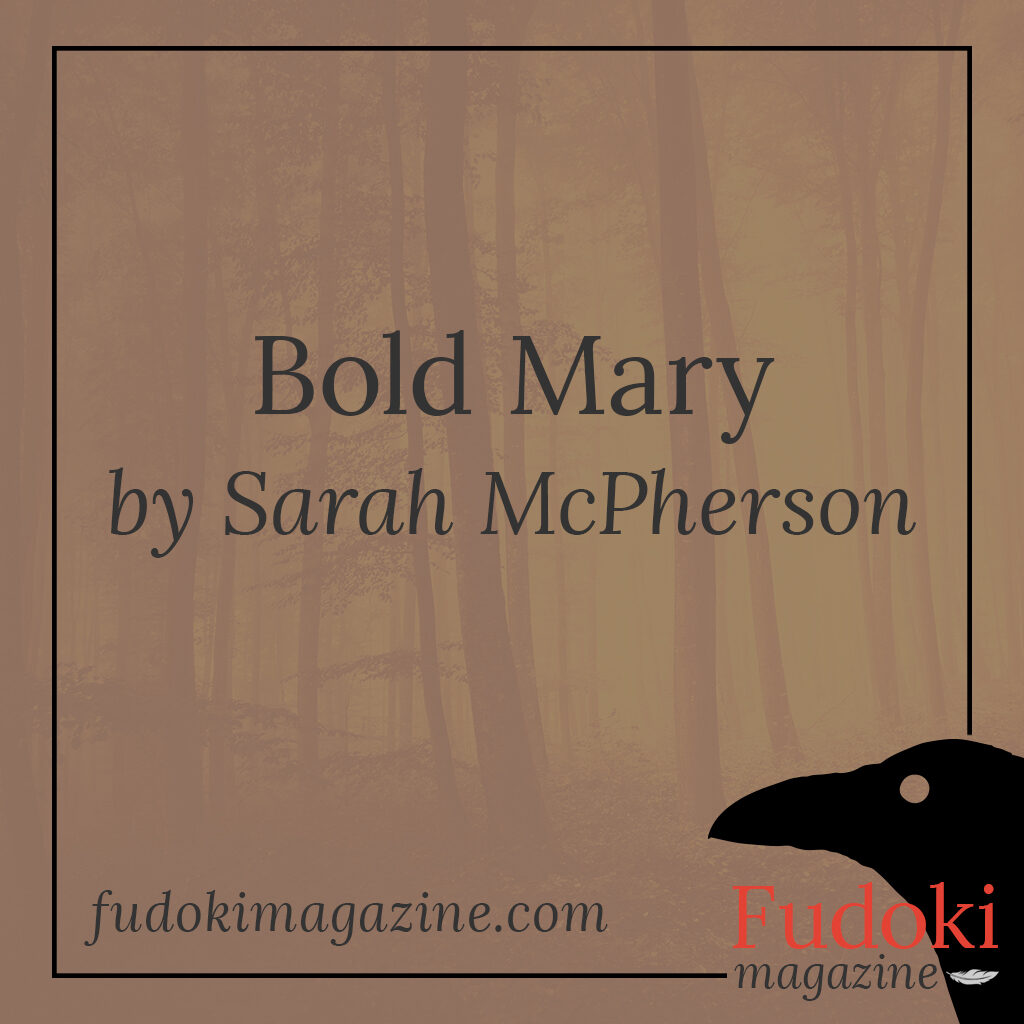 There once was a house in which lived a man and three daughters; Greta, Elsie, and young Mary. The father loved his daughters, but he was poor and desperate, and so when Mr Reynard came calling – so rich, so handsome, so mysterious – who was he to refuse?

Naturally the fine gentleman’s eye should first fall on Greta, the eldest, but though she was sweet and kind, her conversation did not sparkle, and before long his interest waned. Elsie was next, but she was fair of complexion, and preferred to spend her days inside, reading and making music, and declined to ride in the fields with her suitor, which did not please him.

Pretty Mary though, dark of hair and eye (matching his tawny locks); clever Mary, who made him laugh so (see his white teeth – how they glint); bold Mary, who loved to run and ride and hunt (how he longed for a hunting companion, he told her), she seemed the perfect match. The date was set and all seemed well enough, even to her sisters, but that the bride-to-be wished to know where she would live, once they married.

Ah no, my love, said Mr Reynard, for all is not yet prepared for your arrival.

But curious Mary, questioning Mary, would not be turned from her purpose. And so that night she followed him when he rode away, as the hunter tracks his quarry in the moonlight. Followed him far into the woods, and lost his trail, and thought she herself was lost for a time, until there against the moon she saw a great house, almost a castle, and she rode up to the gate and crept inside.

It was black within, blacker than the night itself. All the courtyard was in shadow, so she found a corner in which to hide and see what she could see, for she felt certain that all here was not as it should be. The wind whispered through the open gate, and a shiver crept up and down her spine, and she fancied she heard a voice on the air – or two, or three – trembling on the edge of sound.

And then there was a sound of hoofbeats without, and in strode her betrothed (so tall and fine – see, how his eyes shine), and in his arms (could it be?) another woman. But so pale she was, and so limp, and there was not a flutter of life at her breast, and Mary knew then – quick Mary, sharp Mary – what her fine man truly was.

Still the voice of the wind whispered in her ear; be bold, but not too bold.

He laid that poor lifeless girl down on the stones (dark and stained, they were), and drew his knife. Mary stood then, throwing back her dark hood and stepping out of the shadow. How his face twisted when he saw her – shock, then anger, then a creeping darkness.

Be bold, but not too bold, said the wind in her ear.

Hush, said Mary to the wind, I will be as bold as I am, and as is needful here.

So it’s a hunting partner you wish for, my love, said Mary to Mr Reynard, there in the dark courtyard.

And she smiled, and he smiled back, and for a brief moment they stood together in the darkness, and she reached out and she took the knife from his hand, and then brave Mary, vengeful Mary, yes, bold Mary plunged that long blade into his chest, and his heart’s blood spilled out hot and black over her hands and the stones and the poor dead girl on the ground, and the voices on the wind swelled and died away and the moon peeped over the walls and bathed the courtyard in light.