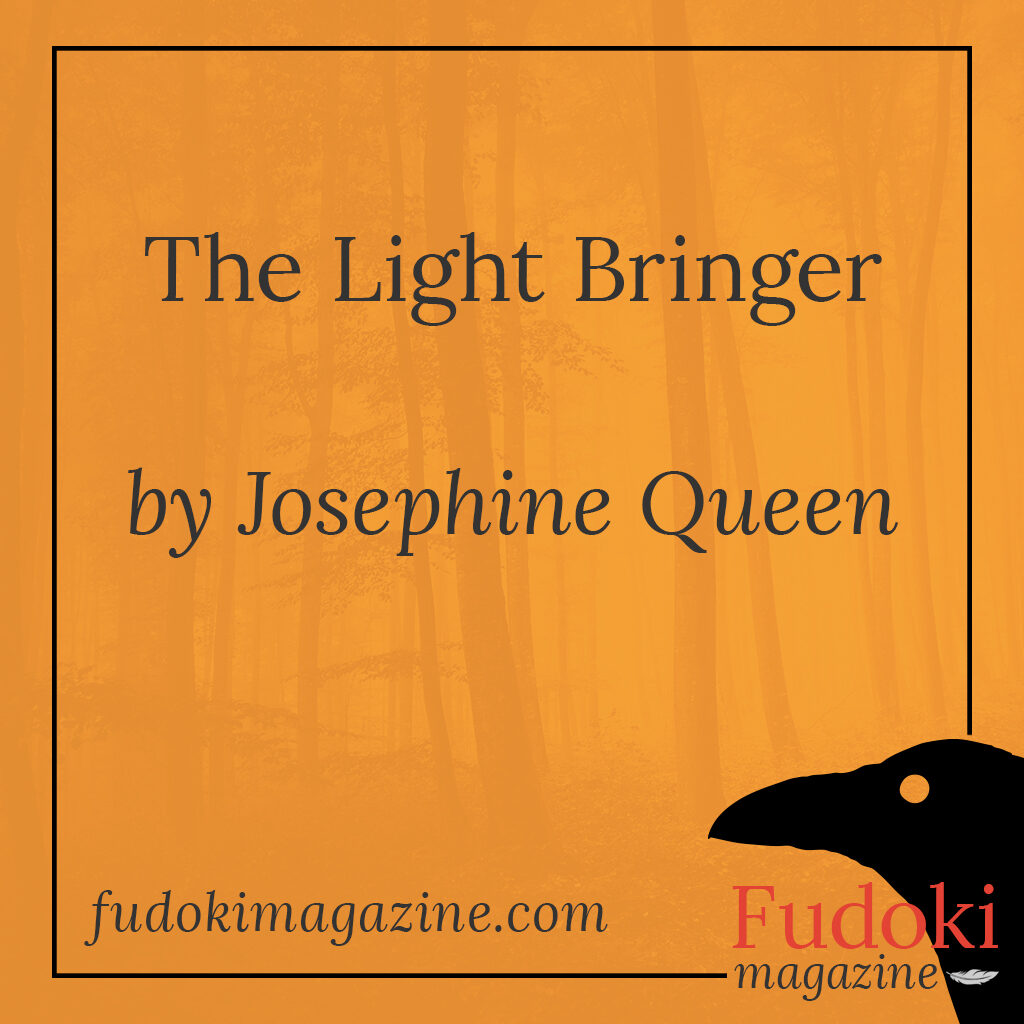 Once upon a time there was a land where darkness reigned. A dragon had eaten the sun and the beast perched high on a mountain, looking down with rage in its rotting heart.

The night the dragon came had been the happiest of the year. The king and queen had held a magnificent feast to celebrate the birth of their son. Food from the palace ovens had been shared among the villagers – honey cakes, roasted pigs, golden-skinned chickens basted in rosemary, and barrels of mead.

The day before the celebration, ships had arrived loaded with fireworks. The royal baby was welcomed at midnight – reds and blues and golds turned night into day and the villagers cheered for the new prince and wished the night could go on forever.

The wish for a night that would never end, made by thousands of yearning hearts, woke the ancient dragon from a deep slumber. Twisting and writhing it broke up through the earth and, with a terrible scream, flew into the sky taking the joys of the people with it.

Darkness abided – the dragon devoured every light and every happy memory. Somewhere in that vast terrain a flicker of light remained and the dragon would not rest until that light was smothered, the darkness complete.

A small girl named Sophia lived with her mother and sister and the memory of her father. They had lived a life of contentment, making the most of every day and keeping sadness at bay with simple pleasures – a flower blooming, the scent of bread baking and the sun rising on a fresh morning.

Since the darkness had fallen Sophia’s house had been an unpleasant place, so she spent her waking hours in the backyard.

Sophia loved the backyard with all its brambles and weeds. Many moons ago, when the sun was still in the sky, wildflowers grew. Hummingbirds and finches and butterflies would swoon and dip and soar and Sophia would sit on the swing that hung from a branch of the old oak.

One day, as her mother wept for her lost husband, Sophia went to the backyard. She sat on the swing watching the looming blackness of the mountain. The red-hot stomach of the dragon glowed in the darkness.

She remembered sitting by the lake with her family and her heart leapt when she recalled her sister’s tinkling laughter. Sophia wrote the memory down on a small piece of parchment and pushed it into a hole in the oak tree where it sat alongside a hundred other memories she had pulled from her heart.

The dragon roared. Sophia knew he sensed her happiness and wondered how long she could hide.

Sophia and her family had sat in the backyard the night the dragon came, watching the fireworks, smiling as they exploded in the sky. Sophia’s mother had bought firecrackers from Trader Sarah and the girls let them off and laughed as they ran around.

She wrote the memory down. It lingered, as if it wasn’t quite finished being recalled. Sophia jumped off the swing, pushed through the weeds and reached beneath the bracken.

She found what she was looking for. A rocket left over from the celebration. She reached inside the hole in the oak and pulled out the memories. Memories of her sister’s first words, her father throwing her into the air and catching her with a smile, her mother at the stove stirring jam, handing her a spoon to lick, of friends and neighbors and summer days finding frogs and skimming rocks across the lake.

Sophia pulled a ribbon from her hair and tied the memories to the rocket. She reached into her apron for matches. The dragon emitted an earsplitting roar. The ground shook.

Sophia struck a match with trembling hands and watched as the flame sputtered out. She tried again and dropped the match into the weeds. There was one match left and, taking a deep breath to steady her racing heart, she lit it and touched the spark to the fuse of the rocket.

The flame sizzled. Sophia’s heart jumped, she held her breath hoping it would take. The fire came to life and sped along the fuse. Sophia pushed the rocket into the ground and ran.

The rocket whistled as it launched into the sky. With a loud ‘whump’ it lit up the darkness with an astonishing array of light. It started to snow.

Sophia laughed and held her hands out to catch the flakes, realizing when they touched her palms that they were tiny fragments of parchment.

There was a slow rumble in the distance, as if a large crowd of people were talking all at once. It was the villagers looking up at the sky in wonder and gossiping with their neighbors about the sudden change in weather.

As the parchment landed on the people a marvelous thing happened. Every person began to remember. Not the sad memories they had sat with for so long, but ones of happier times. And as they recalled those moments the light seeped back into their hearts and from their hearts into the world.

There was a terrible roaring from the mountain and Sophia looked up to see the dragon rearing its head in agony. The memories falling from the sky burned its scales. Fire poured from its mouth as it screamed and the sun rolled from its tongue back into the sky. The dragon flew from its perch and plummeted back to the ground, burrowing back to its lair.

Whether or not Sophia and her family and the villagers lived happily ever after is a story for another time. We will leave them for now, basking in the falling ‘snow,’ laughing as the darkness recedes for a moment.