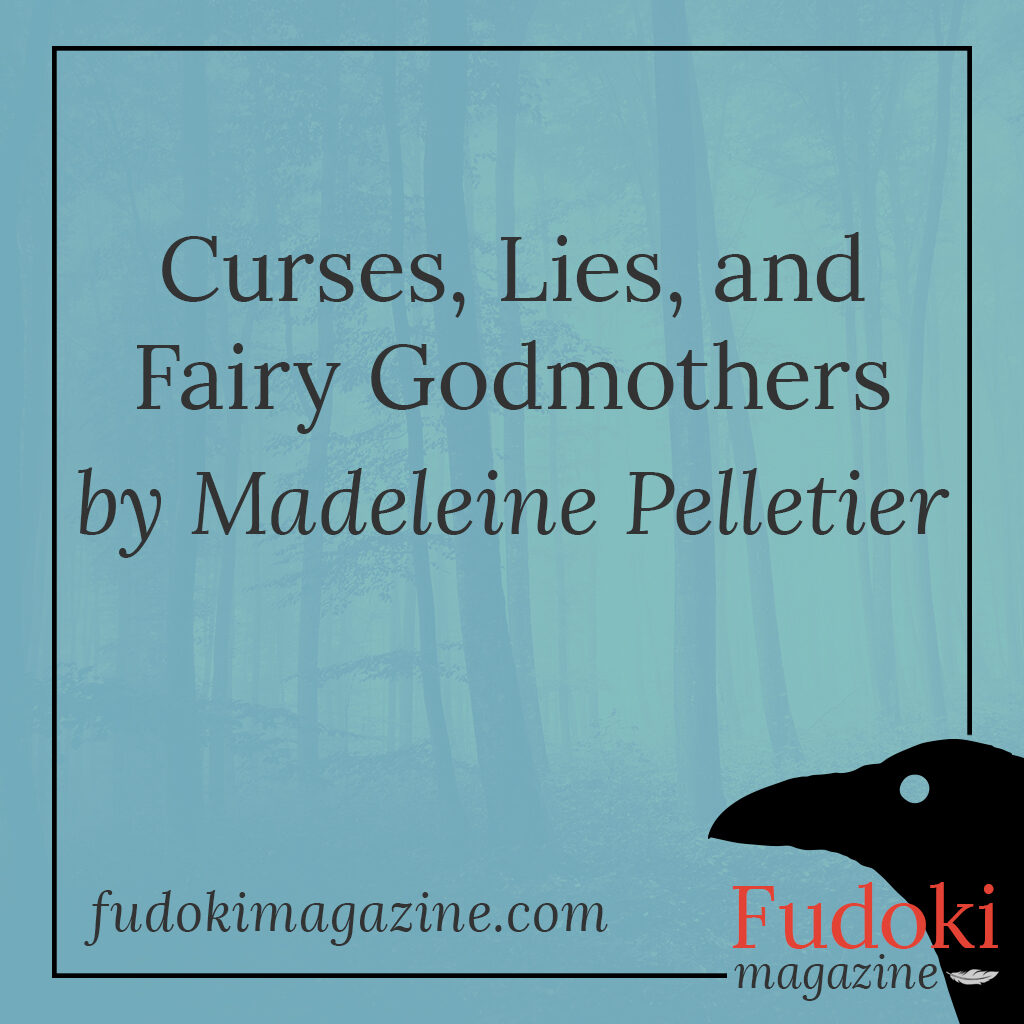 Sometime ago, there was a handsome prince living in an enchanted land. This prince did what all carefree young princes did. He traveled around hunting animals and seducing village girls. Not surprisingly, this led to some trouble.

Not right away, though.

First, he married a princess, then he became king, then he had a daughter.

Then the trouble started.

On his daughter’s first birthday, a witch cursed the baby, saying that the Princess would be killed by the person the King loved most.

The King placed his daughter in a fortified tower on a small private island in the middle of a raging river. Only three people were allowed to visit her: the King, the Queen, and the Royal Nanny.

But this wasn’t enough for the overly suspicious King obsessed with keeping his daughter safe.

He sent away the Nanny when the Princess turned ten. When she was twelve, he had his beloved Queen killed; he claimed his affection for her endangered their daughter. Finally, isolated in her impenetrable island tower, the King believed his daughter was safe.

Boy, was he wrong.

So, here’s the thing, and I’m not proud of it. My Mama was the one who cursed the Princess.

Mama was one of those country bumpkins who had fallen for the young Prince. She didn’t realize that he’d spread his love far and wide, or that his love had borne many fruits. When she told him about me, he tossed her a few coins and walked away.

I mean, I get it. He ruined her life. Left her pregnant, unmarried, and ashamed. Left her with a broken heart, too. That kind of wound tends to fester. Eventually, inevitably, it drove her crazy, and she decided to curse the Princess.

Only she wasn’t a witch, she was just sad and broken.

When she walked into the castle, the King didn’t even recognize her and I think that’s what really killed her, although the King had her beheaded for good measure.

An old lady from our village took me in, loved me, raised me as her own. She taught me the value of kindness and forgiveness and empathy. She understood Mama was heartsick, and she helped me to see that it was okay to love someone and keep their memories dear even when they made mistakes.

She also taught me magic. Folks think all witches eat fat kids and curse royalty. Turns out, they’re mostly nice people who get blamed for a lot of nasty stuff they had nothing to do with. They help a lot of people too.

And I guess that’s why my obsession with the Princess started.

I knew she was locked away, a prisoner because of something Mama did, while I was living good and easy. That didn’t seem right.

And she was my sister.

As my powers grew, I became determined to find a way onto that island to save the Princess.

But the King sure didn’t make it easy.

First, I tried going invisible and hitching a ride with the King. Unfortunately, he had his boat weighted so that any extra load caused a bell to ring. I found that out the hard way. The bell rang, he jumped out, and his guards set fire to the vessel. They didn’t see me, just a flaming cape jumping into the water, but that was enough to make the King double his security.

Next, I transformed into a seagull and flew out to the tower. Little did I know, the King had heard his enemies could train birds to drop poisonous darts, and he’d ordered his water patrol to shoot down any birds that came near. Again, hard lesson; still got the scars.

But, as I was tumbling from the sky, I noticed something. There were two small turtles on the island’s rocky shore.

The next week I swam over as a turtle.

I took the form of a spider to scale the walls and in through a window. Then I slipped behind a curtain and returned to my natural form.

“Don’t be afraid,” I said, stepping out.

The Princess gasped. “Who are you?”

“I’m your Fairy Godmother,” is what came out instead.

“Thank goodness. I thought you were a witch.”

“Really? Have you ever been cursed by one?”

“Then trust me. Witches are the worst.”

“Maybe we should talk about something else.”

I conjured a sturdy rope, hung it from her window, then cloaked us both with invisibility as we descended.

“Hold on tight and you’ll stay invisible,” I said as I changed into a large dog.

With her arms wrapped around my neck, we plunged into the freezing water. It was impossible to be quiet, but the patrol boats had spotted the rope and were too worried about someone climbing into the tower to notice us splashing away.

We made it to the shore without drowning, barely. Laying on the ground, shivering, the Princess turned to me. “What will I do now?”

“Could you give up your royal title? Lead a simple life and work hard alongside humble people?”

“My dad’s a monster. I’ll do whatever it takes so that I never have to see him again.”

“Could you forgive me if I told a lie? A really big one?”

“You saved me. I’d forgive you anything.”

“Would you come live with me?”

“Happily ever after!” she laughed.

I stared into eyes that looked like mine and felt tears drip down my cheeks. Impulsively, I threw my arms around my sister. Then I took a deep breath.