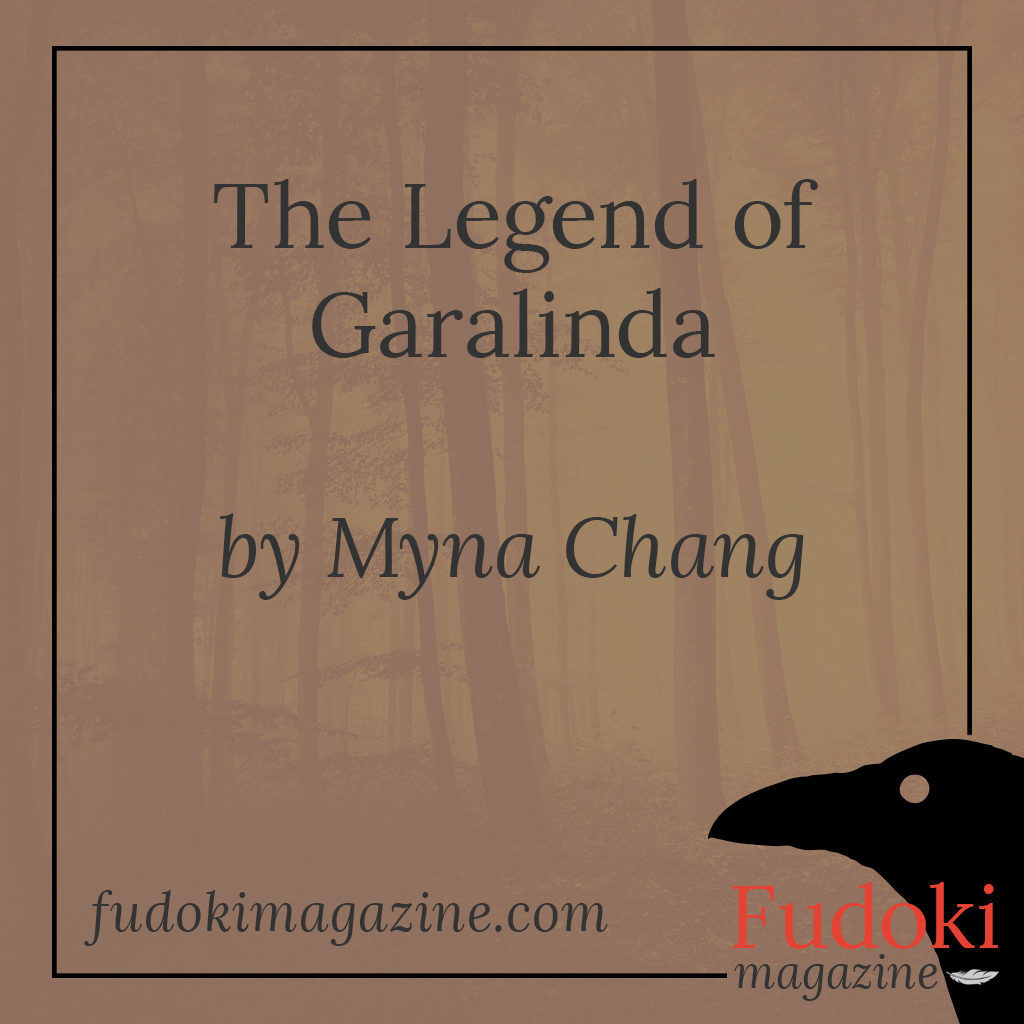 Once upon a time, there was a talented young fairy named Garalinda. She attended the prestigious Godmother Academy, and after much hard work and training, landed her dream job: Level One Godmother. Her brilliant blue wings swept high as she embarked on a career that promised to be legendary.

Then, in a fateful clerical twist, the unthinkable happened: she lost the file containing the name of her first princess-in-need. Unable to find the poor girl, Garalinda failed her inaugural task. From that day forward, embarrassment and shame followed her every wingflap. Garalinda’s shining future tarnished dull.

She spent many years trying to make up for the mistake, but her self-confidence had blown away like pollen on a breeze. Though she never lost another princess’s name, her spells often fizzled. Her conjured castles occasionally featured leaky moats. Her piles of golden treasure were sometimes laced with stalks of unspun hay. And once, her handsome prince was cursed with a face full of warts.

She bumbled along, faded wings sagging under the weight of failure, until finally, the day of her retirement dawned. As she cleaned out her desk, serendipity struck. She found the missing file with the name of her very first princess: Susan the Fair.

Garalinda’s wings blurred bright with renewed determination, and she rocketed away, intent on righting past wrongs.

Susan tucked the quilt over her feet and settled in for a nap, but the doorbell chimed before she breathed a single snore. She sighed and reached for her cane, knees creaking as she straightened.

Susan rolled her eyes. The bell rang again, but she couldn’t see anyone outside; just a blue shimmer, vibrating in front of the peephole.

Susan scowled. ‘There goes my nap.’ She secured the chain and cracked open the door. Before she could demand an explanation, a high-pitched cerulean whir zipped through the opening and spun wildly around the room, bouncing off a wall and careening into a potted fern.

‘What the hell?’ Susan said.

The whir slowed and came to a tilting halt on the edge of a lampshade. ‘Susan the Fair, I am pleased to meet you. My name is Garalinda, and I’m your fairy godmother.’

Susan blinked. ‘So, this is what dementia looks like.’

‘Right.’ Susan crossed her arms. ‘Why are you here?’

‘You’re entitled to a wish.’

Susan frowned. ‘That might’ve been nice 60 years ago.’

Garalinda’s face reddened. ‘I’m sorry, my dear. I made an awful mistake back then. I misplaced your file.’

Susan snorted out a surprised laugh and lowered herself into her rocking chair. ‘So you’re here to grant me a belated wish?’

‘Yes! How about a grand castle?’ The fairy twirled her wand, and streamers of twinkling lights coalesced.

Susan shook her head. ‘I downsized here after I retired. It’s easier to take care of, so I have plenty of time to relax.’

Garalinda perched on the arm of the sofa, tapping her wand thoughtfully. ‘I see. Maybe some extra spending money?’

‘One pile of gold, coming up,’ Garalinda interrupted. She wound up her wand-arm like a Major League pitcher throwing a curveball. Brilliant bursts of light erupted from the wand and thunder shook the cottage as three large bales of hay crash-landed in the living room. Bits of crackling straw and glitter settled into Susan’s carpet.

‘Drat. They still need to be spun into gold. Don’t worry, Fair Susan, I’ll fix this in a jiffy.’

Susan squinted at the messy hay. ‘That’s not necessary, Garalinda. I already have a full retirement account.’

‘Oh? Well then, you leave me no choice. A handsome prince is the most difficult wish, but I’m sure I can pull it off.’

She froze, wide-eyed, as the royal amphibian ribbeted at her.

Garalinda squeaked. ‘Another toad. Why does that always happen?’

Susan placed the toad on the floor. He burped and hopped over to the hay, burrowing into a bale.

‘Garalinda, I don’t want a prince; I’ve already had the love of my life. I’ve earned enough money and my cosy cottage is exactly the way I want it,’ Susan said gently.

Garalinda’s wings wilted. ‘You were my first assignment, Fair Susan. And now, you’re my last. I’ve failed you both times.’

Susan studied the sad little fairy. ‘You haven’t failed me.’

‘It’s true I had to make my own way, but I managed.’ She smiled. ‘Think of it this way: you gave me the freedom to succeed, all by myself.’

Garalinda brightened. ‘That’s kind of you to say, Fair Susan.’

‘I bet your other princesses were pleased with your help.’

Garalinda paused and then nodded. ‘Princess Melody founded a plumbing empire after she learned to patch her moat. And Princess Flora became a dermatologist.’

The toad in the hay belched. Garalinda side-eyed him and then whispered to Susan: ‘Flora made a fortune in wart removal.’

Susan nodded. ‘See? You’ve empowered a whole generation of women. That’s a career to be proud of.’

The fairy’s wings riffled, and she smiled. ‘Fair Susan, do you suppose one might even say it’s been…legendary?’

Susan laughed. ‘Sure. But please stop calling me fair. I’d rather be remembered for my brains than my looks.’

‘As you say, Smart Susan. Still, I wish I could do something for you.’

‘You know what I really want? A pizza. And a friend to share it with.’

Garalinda smiled and twitched her wand. A plate of shimmering enchiladas appeared on the coffee table.