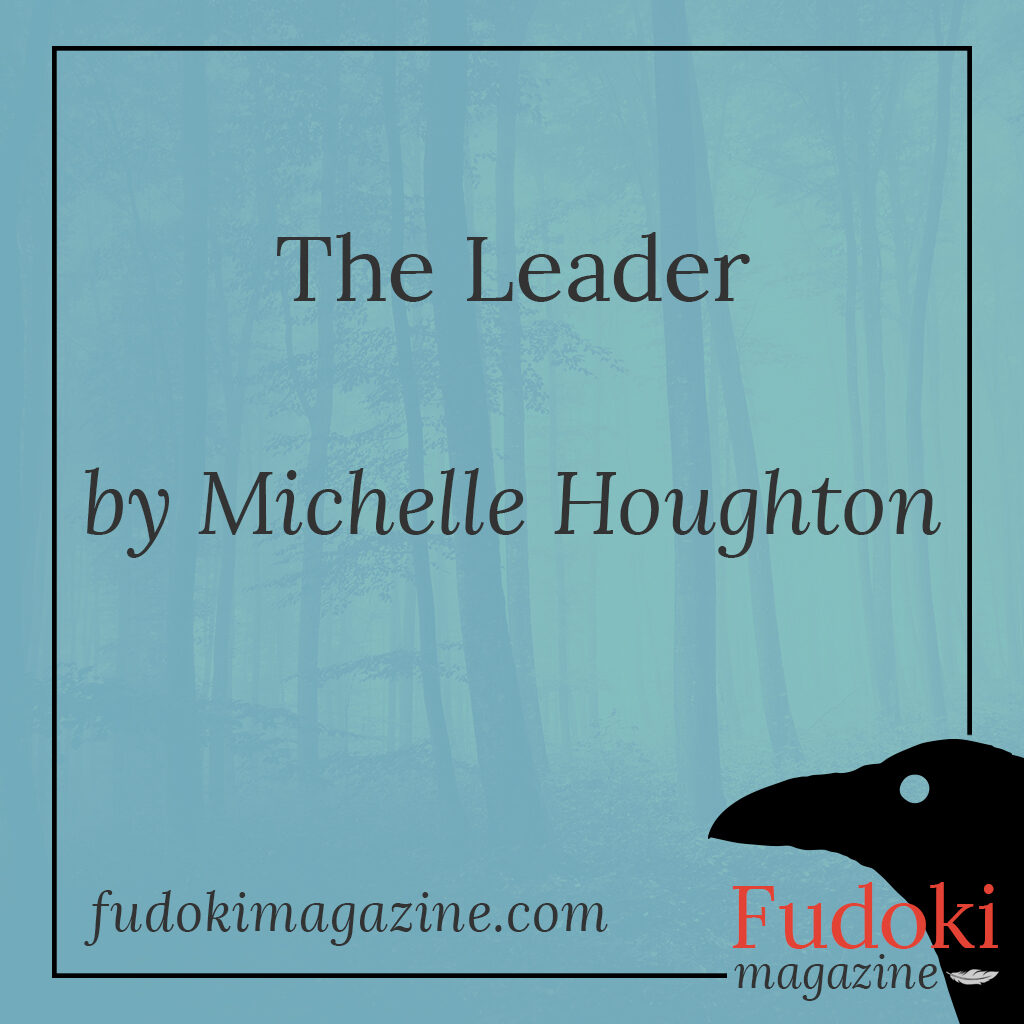 “Tell me the part about me again,” Kiya asked as he rolled on the forest floor, the rough feel of the pine needles scratching against his puppy fur.

“And the earth made the Shapeshifter. So that the creation could be led by one who truly understands all creatures, and the balance they bring to the world,” she said. She leaned over the large boulder and her paw changed to that of the she-human hand and scratched his belly.

“What is there to understand?” Kiya asked, letting his tongue loll out the side of his mouth as he looked at her upside down, his paws in the air.

His mother sat up on the rock, her hand returned to that of a black paw. “There is so much to understand, especially about the world of man,” she said, her tone serious. “One day, Kiya, you will have to become a man. It’s part of who we are, we shift into all the animals, and man is no exception.”

“You’ve never even met one,” his mother said. “And when you are mature you will always have the option of two animals.”

“Just two?” Kiya shifted into a bobcat and then a fox.

His mother nodded. “That is why I am only the wolf and the she-human now.”

Kiya shifted back into his wolf pup self. “Well you don’t stink,” he said, “I can smell most humans miles away, they stink worse than the white striped forest kitty and he pees on himself!”

His mother laughed. Her sound was light and free, and her yellow eyes squinted when she laughed. Kiya smiled at the sound of her. Her black wolf coat dappled among the forest shadows with hues of blue from the northern lights. Her tail thumped a happy rhythm.

A sudden snap from the forest brought Kiya quickly onto his feet. His fur stuck up in a matted mohawk of pine pitch.

His mother towered by his side.

“Go hide,” she said, her tone low and threatening.

Kiya turned, his short legs scampering into the forest where he crawled beneath the heavy boughs of a pine tree and backed up against its trunk. He lowered his head, peering under the branch. His mother’s large paws spread in a brave stance.

Brown paws stepped into the clearing before his mother. A short fur. Kiya trembled. He was not safe here and not because of the short fur – distant relative to the wolf, they had completely forgotten any instincts. They did not know the ways of the wild pack or they would never attack a she-wolf and her pup. But they did have the same gift of scent as the wolf and where there was a short fur there was always a human.

The short fur snarled and tossed his head in the air, baying their awkward bray.

His mother turned and ran, but not too fast. Enticing.

When a series of slow barks responded far in the distance, Kiya’s instinct told him to run. Past the dense vine field of ancient sun panels was a hidden den set high in a pile of large square rocks.  His mother hid him in this place before and neither short fur nor man could get to them.

His heart pounded in his chest. His four-month-old legs tore at the forest earth, scattering leaves in his wake.

Another single bay sounded in the forest– closer this time. Fear lit the pup and he didn’t stop until he reached the edge of the forest. The great mountain of rocks loomed before him. He tore across the opening.

Fire raged up his leg, burning torture dug into him, and imprisoned him in its jaw. The pup yelped, tumbled to a halt, as he was yanked backwards. A metal trap attached to his leg – held tight by a chain to a nearby tree.  Kiya snarled and bit at the metal.

“Kiya!” His mother bolted into the clearing.

His mother stopped and looked at him and the trap. Her eyes widened with panic.

She turned to dart back the way she had come just as a pack of short furs burst through the foliage.  With no other option, his mother threw herself into the air and tore into the dogs. It was a massive cluster of snarls, teeth and claws. She fought with a bold tenacity and for a while she had them, but there were five to her one.

Kiya snapped and lunged, pulling at the trap. The metal teeth dug deeper into his leg.

“Come!” Came the single loud command and the smell of fire and rot. All the short furs suddenly backed as a human man walked into the clearing. Kiya backed into a pile of brush pulling the trap with him.

His mother laid motionless. Pieces of her soft black fur littered the ground. Blood flowed from gaping wounds on her head, neck and side.

And the wind blew a musky, wild scent that stilled the pup.

The man walked towards his mother. “Ah, stupid hounds!” he said. “How’m I supposed to get anything for that pelt when it’s all torn apart?”

The short furs looked around nervously at the man they feared and for the musky scent that grew stronger. One whined.

“Ah shut up!” the man yelled, leering over Kiya’s mother, not even bothering to look up. The short furs quaked at the King that ruled them. Kiya knew the King was no true leader. He ruled by fear and his pack would leave him instead of fight for him.

First one. Then others.

One by one dark, massive wolves moved into the clearing – their heads lowered. Their yellow eyes intent.

One short fur whined, looking from the man to the wolves and not knowing which to fear more.

The pack, consisting of ten fierce wolves, silently surrounded the human and the short furs. The largest, the alpha known as Warkant, sniffed Kiya’s mother and then looked into the thicket where the pup hid.

Kiya wiggled low and averted his eyes in submission. But Warkant saw him and did not give him away.

Warkant had a natural way that made you want to be part of his pack and follow his lead. He would see you, protect you, and if necessary, he would die for you, and you would do the same for him. Warkant was a true alpha – a strong, benevolent leader.

And so now he turned toward the leader of the short furs his lip raised – canines flashing.

The human man finally looked up. His face drained whiter than his fur-less body. His mouth hung open.

“Easy boy,” he said as if man could bargain with a wolf. As if his man words mattered.

A few of the short furs backed and whimpered while the others looked around nervously for an escape route.

An odd howl boomed from the forest. “Warkant,” it said in the language of the wolf.  Then Woodsman silently walked from the brush. His ax draped over his shoulder.

Warkant’s snarling stopped, but his eyes never moved from the keeper of the short furs.

The Woodsman walked among the wolves. He knew he could not command the wolves and he didn’t try. Warkant obliged the Woodsman and let him speak to the King of Short Furs in human words. The pup had caught the scent of the woodsman before. He was a friend to all the forest and those that lived within its roots. His mother had told him stories of Woodsman, saying he had always been kind. Good. The animals respected him, and he respected the animals. He even understood their language.

Now, the woodsman crouched and touched Kiya’s mother. “Mateuse” he said quietly. He closed his eyes and pursed his lips. “Damn it!” he swore in a whisper.

His mother opened one eye and reached one paw forward as she tried to crawl towards the brush were Kiya hid.

The woodsman placed a gentle hand on her. “Go in peace,” he mumbled. She whimpered in Kiya’s direction and slowly her eyes closed.

The Woodsman stood and lowered his ax and holding it in both hands. “What business do you have here?”  His tone was clear and strong.

“I was hunting,” the human man said, jutting his chin in the air.

The Woodsman stepped closer. “You do not eat wolf meat. You only kill for fur. You have wasted a life.”

Kiya knew what he had to do, and he knew he had little time. He sat up and looked at his front paws.

The woodsman grabbed the man by his flannel shirt. “Wolf fur is banned. And that was no ordinary wolf,” he spoke with a low snarl and his eyes held the king’s until the king looked away.  “Leave this forest. If I see you here again, you will be garrisoned for murder.”

The man stumbled back. “You’re crazy!” He yelled. But still he backed away, patting his leg for the short furs to follow.

“You will leave your dogs!” The Woodsman yelled, his back to the man.

The man stopped and looked around at the wolves and then back at the Woodsman. “Now wait a minute, these are my hunting hounds.”

The Woodsman spun around. “They have killed a wolf. They have chased wolf scent and tasted wolf blood. You’ve ruined them. “

Kiya fought the leg trap with his paws.

The man looked back longingly at his short furs and then stepped into the forest and disappeared.

The Woodsman nodded at Warkant.

The pack closed in around the short furs, snapping and ushering them into a run that would be their last. The Woodsman followed them, intent on his purpose he never noticed the pup alone in the woods.

When the forest was quiet, Kiya watched his paws finally change. They were smaller human hands then his mother’s and he was clumsy with them. Eventually the small human hands pried the trap open and Kiya pulled his wolf leg free.

He limped over to his mother and licked her wounds. “Mom?” he whimpered. As if in response, he heard her heartbeat slow. “Mom,” he said nudging her and pushed his head into hers. But her body shuddered its last breath. Slowly, she changed, resembling the she-human, furless and smooth.

Kiya whined and paced around not knowing what to do or how to fix it. “Mom?” he asked, again. He stared at her, listening for her heartbeat. “No!” he whined. “Mom!” But she would not breathe.

He limped in circles at his shattered world. Without her, where would he go? How would he live? Who would he be? When, finally, his hind leg gave out and he could take no more, he curled up in the crook of his mother’s neck, resting his small head on her arm, longing for her comfort and warmth. But all he felt was a wrong cold on his mother’s skin.

He closed his eyes and stretched his head up as a low mournful howl rolled from him. The forest fell silent as it listened. As the pup shivered in the world he was left in, he better understood now this world of man. Kiya let out one final howl that carried on through the forest. It was a vow to always carry the wolf in his heart, to lead as a benevolent alpha does, and to balance the messed-up world of man. Man had forgotten how to care for all of those in his pack, how to be strong, but kind. Man had forgotten how to lead. And so, the shapeshifter stood on two boy-human feet.