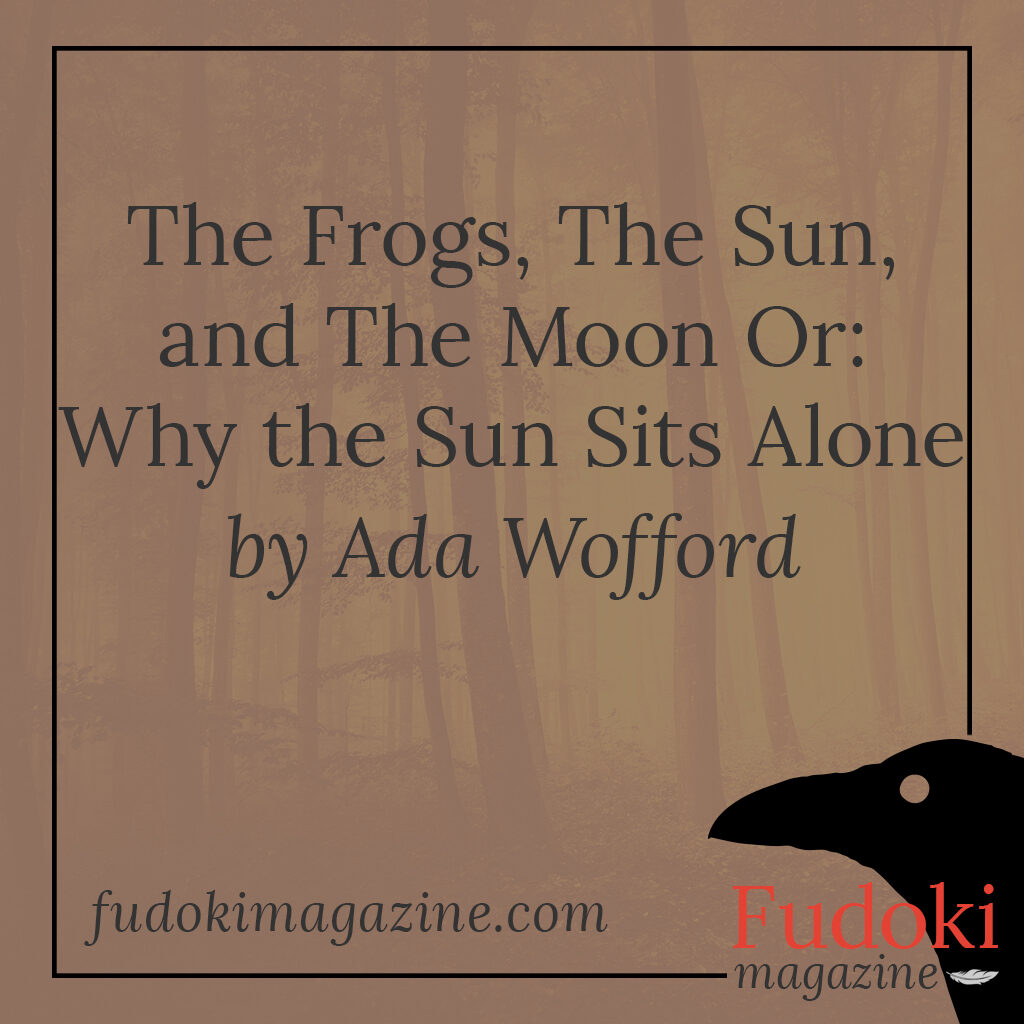 This fable is inspired by two of Aesop’s fables: “The Frogs Asking for a King” and “The Frogs’ Complaint Against the Sun”

One day, the Frogs asked Jupiter for a king and so, Jupiter sent them a log. The Frogs sat upon it for quite some time before deciding that it was a lousy ruler and so, they asked again for a king. This time, Jupiter sent an eel. But the eel was too laid back and so the Frogs asked a third time for a king. And so, Jupiter pointed to the sun and said, “This is your king. Worship him.” And the frogs did worship him, for he was warm, he gave life, and he produced food.

But the sun often felt bored and lonely. Out of spite for his kingdom, he would dry up the creeks in the summer and mock the Frogs in the winter by showing his face but withholding his warmth.

So, one day, the Sun asked Jupiter for a queen and the Frogs overheard. Jupiter made a small sun named Moon to be the Sun’s queen, but just before Jupiter dressed Moon in the flames of royalty, the Frogs beseeched Jupiter and complained at the prospect of having a second sun.  “We shall be in flames in the summer, twice as mocked in the winter, and it shall be much too, much too bright all the day long!” The Frogs protested.

Jupiter thought this over and, much to the Sun’s disdain, agreed. So, he cast the Sun’s lover far away from him so that she might instead love the Earth, staying always close by her side.

And so, when the creeks dry up and we are mocked with ice, we feel the Sun’s jealousy—For the Earth and Moon stay side-by-side, while the Sun King sits alone at the center of his vast kingdom.