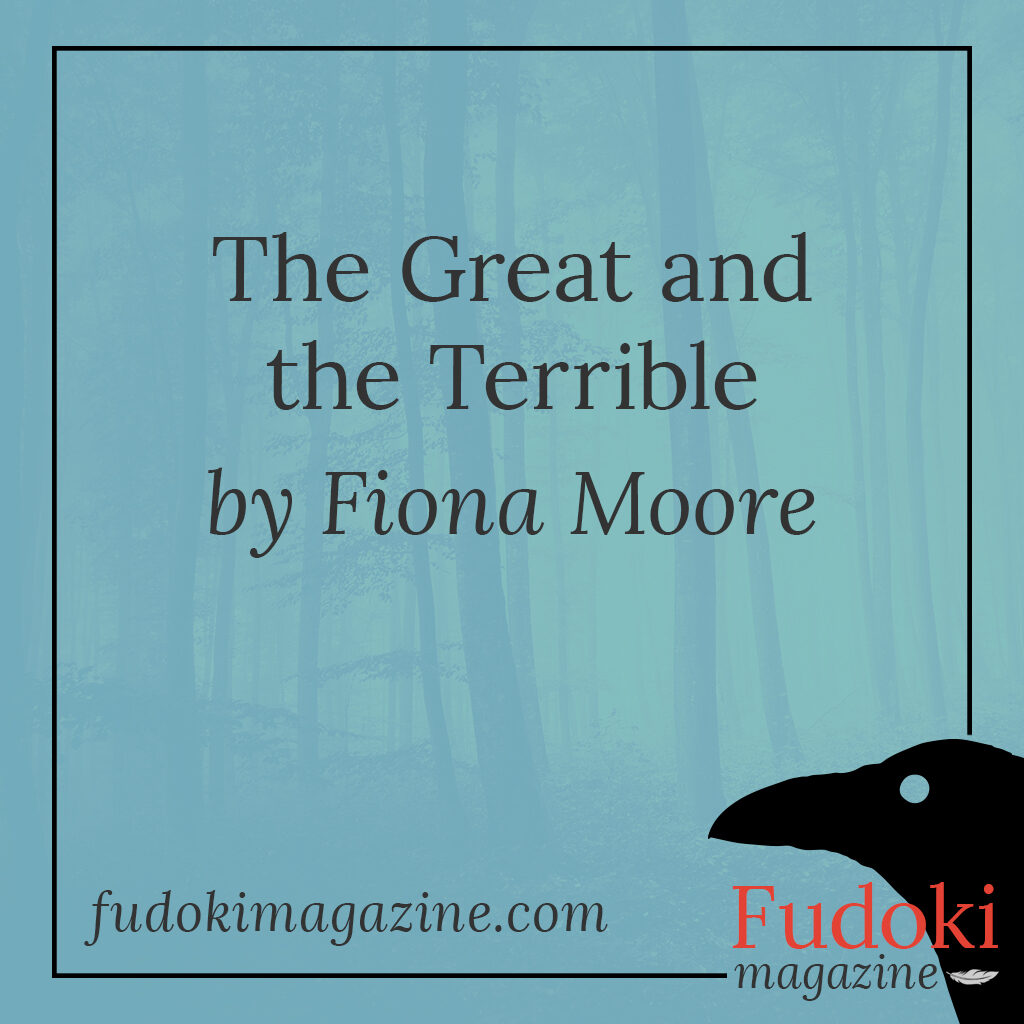 The God Emperor felt violent death in the East. The land and he were one, so, even secure in the depths of his verdant stronghold, he sensed the harsh wind on his face, then the sudden blow to the head and body, the burst of pain. Red, then silver, then black, the draining away of the life of his avatar into the green grass by the golden road.

Recovering, he reached deep within himself, summoned his favourite avatar to investigate. It was powerful, but also had a soothing, friendly, innocent look, all pink and gold and impossible diamonds. Just the thing to isolate a potential threat, or to put invaders at ease before dealing the fatal blow.

This one did not seem like it would be easily dealt with. Already it had adapted to its new host, disguised itself as one of his avatars, making itself seem part of the world. The people of the green land had accepted it as one of them, deceived by its protective colouration.

The God Emperor decided to treat the new threat as the disease it resembled. He activated protective antibodies lying dormant in the landscape. Summoned by his commands they arose from the fields, from the woods, from the roving packs of wild beasts. They came, encircling the intruder and containing its movements, keeping it to the roadway where it could do only minimal damage to the land.

With that set in motion, he turned inwards again, sought out another avatar, this one his immunizer. He shuddered as he did so. This avatar was not one he liked. Sharp and cruel and ruthless, though with an edge of pathos that had prevented him from getting rid of it and crafting an avatar more to his liking.

He set the avatar on its path, with a command to destroy. He tried to encourage it to caution and circumscription: it had a bad habit of destroying protections and wardens alongside intruders, another reason he didn’t use it much. But these were desperate times. And this avatar had always, in the past, succeeded in its task, even if the cost was high. He held it back at first, though, in the hope that it might not be needed.

The attempts of his protective routines to lure the intruder into traps, to render it unconscious with opiates, to kill it outright with blades and with fangs, were proving fruitless. It seemed to be extending tendrils or spores, like a mould, contaminating and subverting every part of the land it touched.

One by one, the protective routines were succumbing. Becoming part of the intruder, as they had once been part of him.

No choice any more.

He set the immunizer free.

The immunizer scorched the earth, poisoned the land. Farms and guilds and forests that would take decades to recover. He felt the pain, was weakened by the loss. He reminded himself that, if the contamination spread, then they would have been lost forever. At least, once the invader was gone, he could recover.

But, despite the immunizer’s best efforts, the invader’s influence spread, and spread, creeping like red lichen up the gold road.

And now it was dangerously close to the pulsing green source of his power.

The God Emperor summoned all of his resources for one final push. Used every atom of persuasion, every last shred of vanishing control he had over the land and its beings, to urge the invader to go West to the cleansing place, to the seat of his dangerous immunizing avatar’s power.

Once there, they could do battle.

The immuniser grew in strength, rejoiced. Swept down, overpowered the protective routines and captured the intruder before it had a chance to muster a counterattack.

The God Emperor observed the captive intruder. Such an innocent-looking thing, and, isolated from the routines and from susceptible parts of the land, so helpless, so vulnerable.

It could be destroyed.

It would be destroyed–

And then, seemingly even without meaning to, the intruder asserted its abilities. A great ripple, a wave of scarlet and silver.

The God Emperor felt his defences shrinking, dwindling, weakening, losing form and becoming nothing more than a puddle inside a crumbling stronghold, already inclining itself away from his power and towards the intruder’s.

Soon it would take over the land entirely.

He could feel the tendrils of its power spreading, scarlet to counter his emerald hues. Red and silver against green and gold. The people of the land turning against him, towards her.

Subverted people, antibodies and avatars at her beck and call.

Her own avatar, black and carnivorous and sinister, pacing at her feet.

Soon there would be more, once she had the power to make them. The land would be overrun with her antibodies and her avatars, the people cheerily continuing their lives without any sense of what they had lost, and gained.

But he had one last card he could play.

Spinning his silk quickly, he generated an escape vehicle. He cannibalised his stronghold, turned it into a safe, armoured pod. Wrapped it around himself. He could live off the stored power for long enough to make the journey.

With a last tendril of power, he created a clone. Changed its appearance, reversed its sex, then reversed it again, to avoid detection by the invader until too late. Hid it deep in the landscape, where it could grow and gain strength, activating when the time was right, and the land was again empty.

Abandoning the emerald and gold land to its new scarlet and silver Goddess Empress, he flung himself into the void, the exhilarating rush of rising through the universe, flying, flying who knew where.

Until he had found a new world to land in, to spread his tendrils in, to join with every atom and rhizome and particle of soil, and transform it all to green and gold.