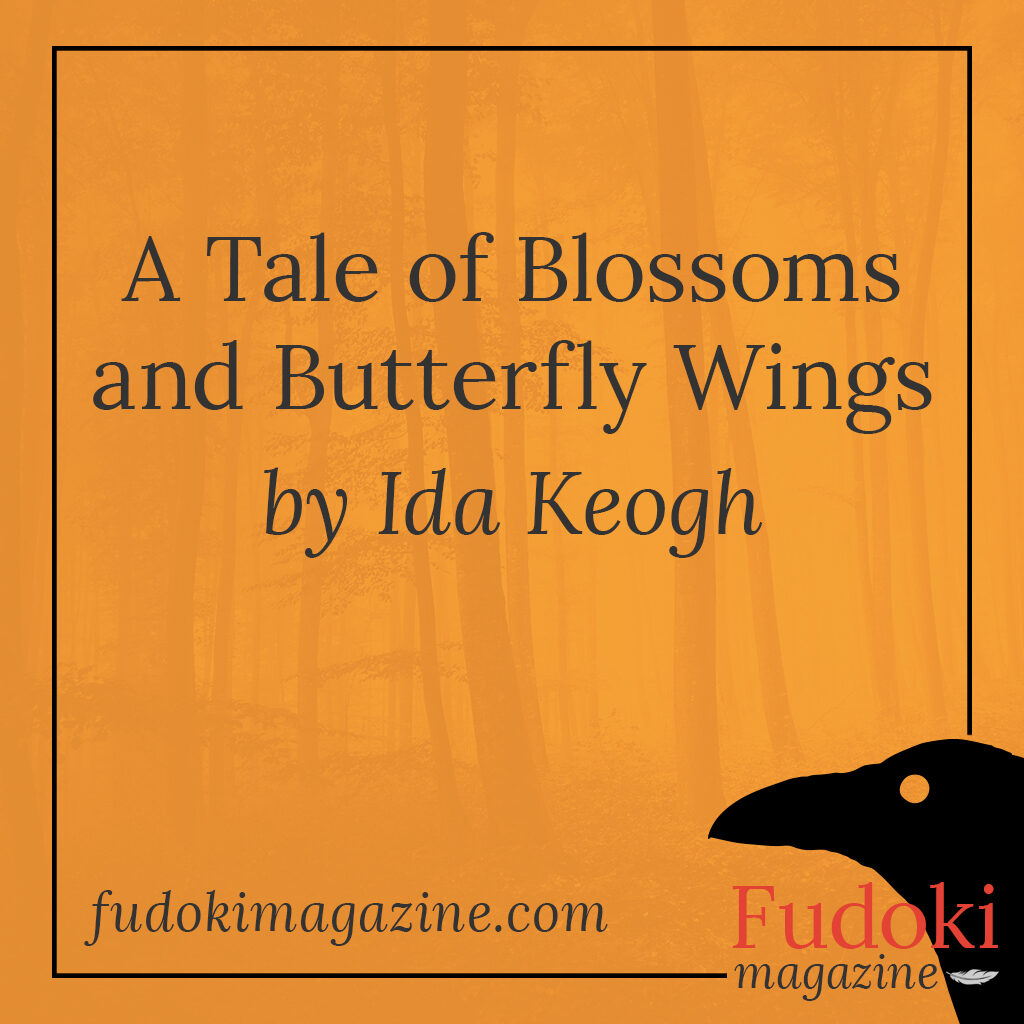 Once upon a time a wizened crone hobbled into the heart of the forest. She found a glade where sunlight dappled the rocks and dew glistened on thick swathes of moss each morning. There she built a shelter from the bones of wrens and mice and unlucky sprites to live out her days.

It was winter when she felt her time come near. Snow fell in flurries, rattling her bone roof and sending whorls of chill air past curtains stitched from torn butterfly wings. She muttered to herself in a language not heard for aeons. She squatted and laid an egg of purest gold.

Wrapping herself with vole fur against the bitter cold, she took the egg to the centre of the glade and there dug a hole with her long, twisted fingernails. With trepidation she cracked the egg and poured its pearly contents into the void. The she laid down and, at last, slept.

Creatures came and picked at her frozen form, but the earth took the most. Tendrils coiled through her hair and into her mouth. In time they consumed her flesh and pushed out through her ribs, restrained her warped hips, burst through eye sockets and bloomed into brazen flowers.

Beetles and butterflies settling on that voluptuous blossom fell dead. A thicket grew which even the hungriest creature would not touch. Vines twisted and formed an impenetrable cloak around the glade, shattering the cottage and reclaiming the tiny bones. A hundred years passed.

One day, an adventurer passed through the forest and stumbled upon its heart. She wondered at the tangle of woody stems, the enticing scarlet blooms, the thick carpet of dead butterflies. Drawing her sword, she began to hack at the mass, convinced it must hide enchanted riches.

Before long her blade dripped with sap and her head swam from the heady perfume of the flowers lining her path. Suddenly, she broke through to a clearing where sunlight dappled the rocks and dew glistened on thick swathes of moss. There lay a maiden, asleep in the morning light.

The adventurer gasped. She knew she had found all the riches she could need, lying before her. How to wake the maid? With the brush of fingers against her cheek? With a song from her distant homeland? No, surely with a kiss. She pressed her lips to the maid’s. She fell dead.

The maid stirred from her long slumber. She stretched her arms, flexed fingers clawed with long, twisted fingernails. She smiled at the adventurer who had revived her, then ransacked her belongings. With a needle and spider silk she wove a cloak of torn butterfly wings.