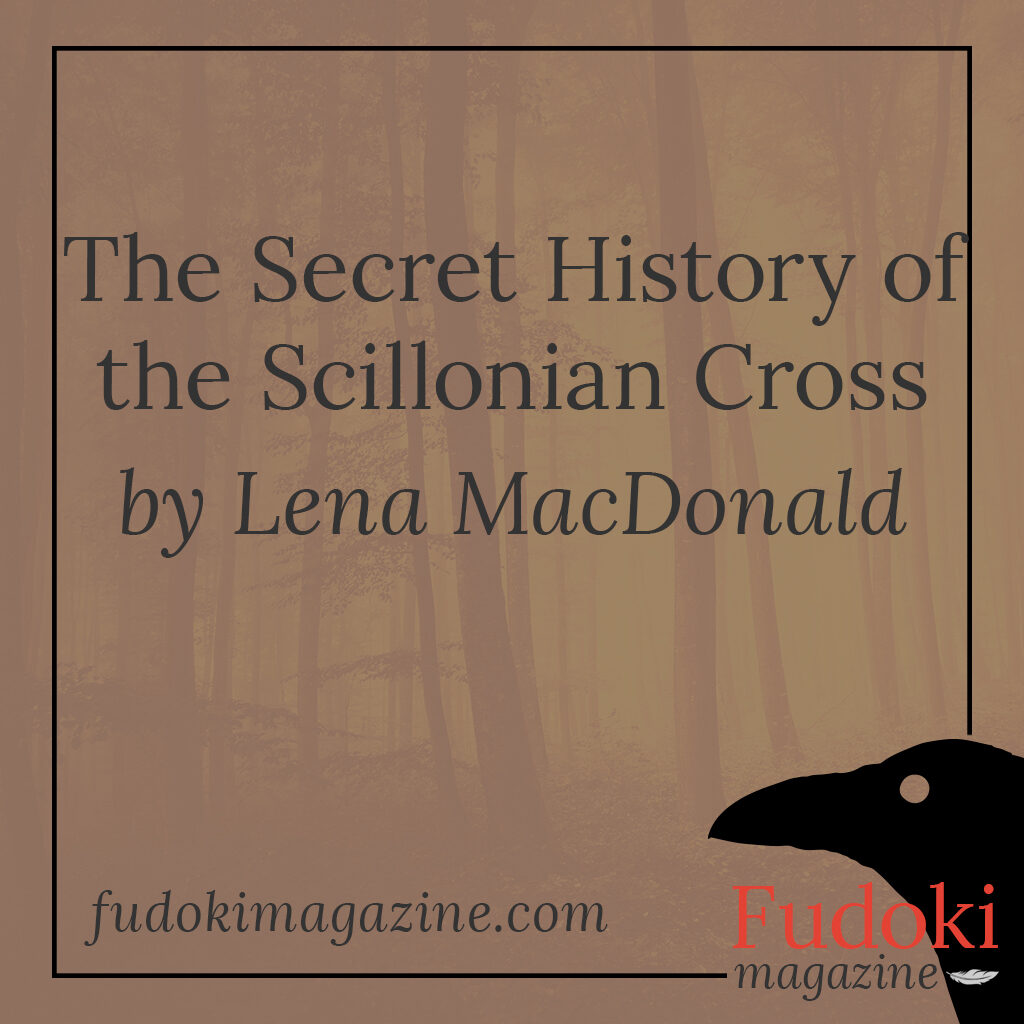 The fire crackled in the grate, long tendrils of amber flame tickling the coals. I was much younger then, maybe five or six. I’d sit in front of the hearth, legs crossed, staring up at my grandfather as he spun another yarn. It was a ritual for us – stories told with warm milk in earthenware mugs, cobalt glaze chipped from overuse.

“You remember the story I told you of Atlantis, little one?”

I nodded enthusiastically, staring up at my beloved narrator with wide, curious eyes. “Yes, Papa – the lost city, built in circles and shining like copper and gold.”

He smiled wide, wrinkles reaching right up to his steel blue eyes, which glowed with pride at my recollection. He handed me a toffee penny from the tin and continued his tale.

“These islands of ours were once the mountainous peaks of a land called Lyonesse, which stretched from Bishop’s Rock all the way to Land’s End.”

I gasped with wonder and he grinned again.

“One night, almost a thousand years ago, the people of Lyonesse committed a terrible crime that enraged the sea. That night, a terrible storm rolled in, giant waves crashing over the land until it was almost completely swallowed by the sea, just like Atlantis had been destroyed before. But this time, there was a survivor! A young man, who had fallen asleep under a tree, escaped the deluge by riding away on a white horse.”

“Wow, Papa! What happened to him?” I asked, so enthralled that my warm milk had gone cold, forgotten. Outside the wind battered the roof of our cottage, lifting the slates and dropping them back in place with little care. Taking full advantage of the weather, Papa continued.

“It’s said that the sea was so angry that he got away, that on nights when the moon is dark, the gods of water ask the gods of wind to search these islands for him, looking through windows and opening doors until he is found.”

As if on cue, the wind picked up again, rattling the front door. I leaned to one side, peeking around my grandfather at the door, which remained firmly shut.

“Did they find him?” I whispered.

“They never did. Just like the people of Atlantis, the man of Lyonesse simply disappeared.”

I tilted my head to one side, thinking of the similarities of each myth. “Papa, did the people of Lyonesse come from Atlantis? Is that why the sea came for them?”

The smile disappeared, replaced by sorrow. For a moment, my grandfather looked older than time. “It’s possible, I suppose. Now, enough stories. Time for bed.”

As I climbed the stairs, I turned to him. He was staring down at a small orange-red rock in the palm of his hand. When I spoke, he tucked it away.  “What was his name, Papa? The man who rode away?”

“Trevelyan, little one. It was Trevelyan.”

Two more steps and I stopped again. “But Papa, that’s your name!”