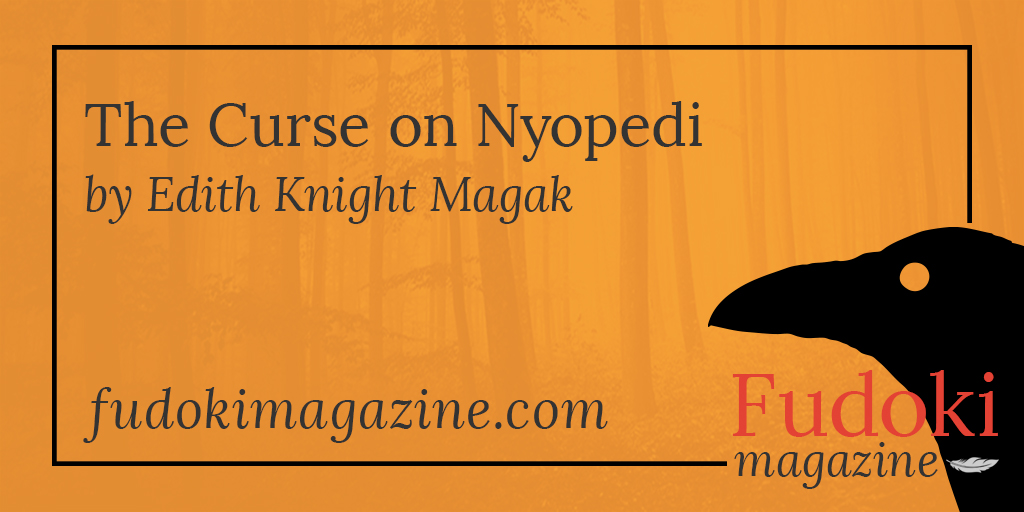 When Kwame’s bicycle got stolen on the market day, his first and only suspect was Suleimani. So, he reported him to the headman. But the headman couldn’t fine or sentence Suleimani, for Kwame had no proof. Not one to let his suspects walk free, he marched to the witchdoctor and procured sorcery. The wrong sort, or even maybe the good sort, depending on whom you asked.

This type of sorcery was just. It would come and feel the inside of the accused and if it found them clean, innocent of the crime, it would turn on the bringer, and if it found no just cause to kill the bringer, it would refuse to return to the spirit world, and instead roam around the village, until it found a wrong doer to kill.

So when Kwame and Suleimani remained alive after two sunsets, the repercussions were all too clear for the people of Nyopedi. They rushed to apologize for past mistakes, confessed every untold deed, reconciled with enemies, and refusing to argue, they agreed with everything anyone said. Everyone became the best versions of themselves. It was something like this;

‘Good morning Nalianya, I’m sorry I have not been greeting you every day. Please forgive me, I wish you well.’

‘Chief Doru I just came to say I was the one who clicked during your meeting two moons ago. I’m very sorry. You are the wisest chief ever.’

‘Obena it’s pointless for us to be enemies, I forgive you for sleeping with my wife during the sand harvest.  I also confess that I slept with your junior wife as revenge. Let’s forgive each other and move on’

Being good was depressing and tasking, so much so that when they heard Old man Kawesi had been bit by a snake in the forest and had died, the villagers all sighed in relief, thankful that the sorcery had found someone to kill. The people immediately went to their enemies and those who had confessed evil towards them to let them know that nothing had changed and the bad blood still remained. They then summoned Kwame and watched with satisfaction as the warriors whipped him for the agony he had caused. And then, only then, did they mourn Kawesi’s death.

One thought on
“The Curse on Nyopedi”