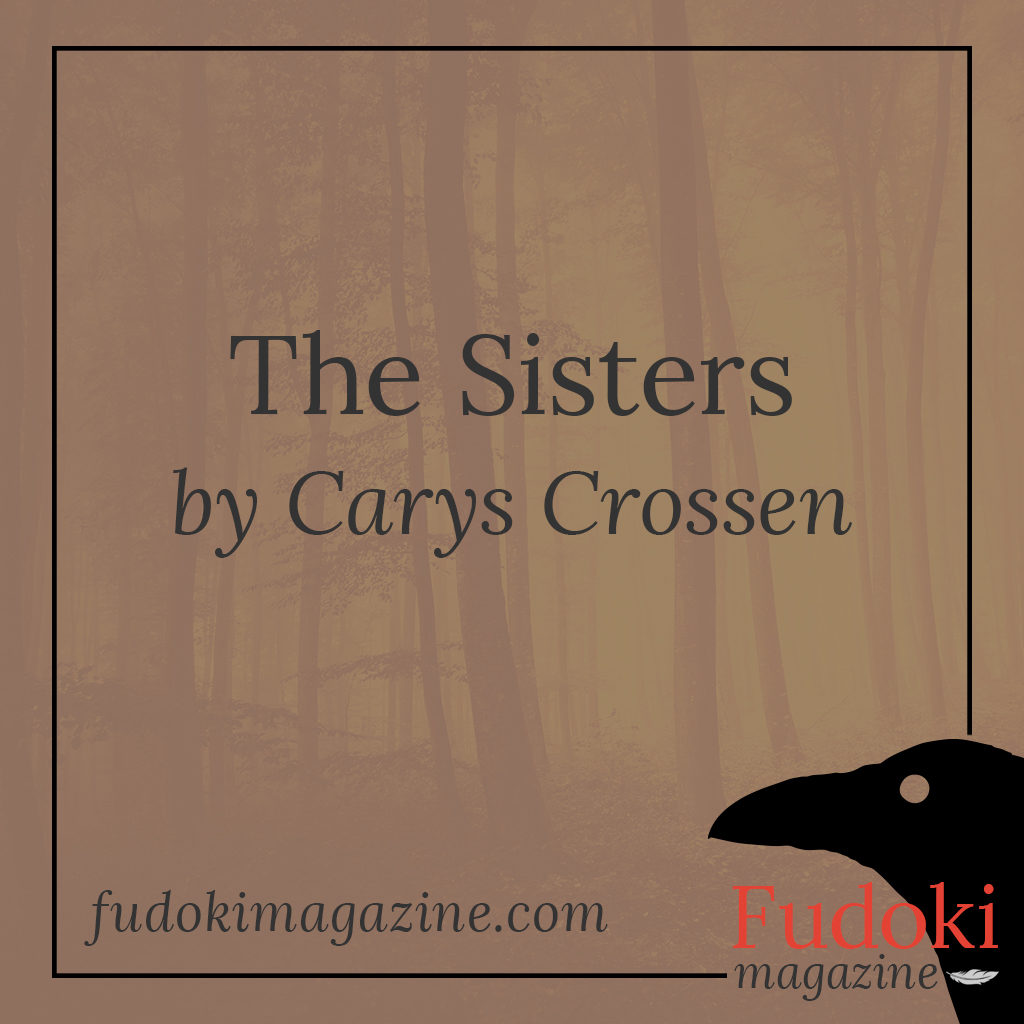 Magic was bred in the earth below the Three Sisters. Three hills, as round and green and smooth as the hills in baby’s picture books, the Sisters had watched over the land surrounding them since before time was invented.

The magic was ancient, bloody, pitiless. Sometimes it flowed from a fissure opened by a digging dog or a crawling worm. Then a hunter was transfigured into a hare or the streams reversed their flow.

So, it was and always had been. The people who lived in the shadows of the Sisters were accustomed to the magic. It was just something they had to live with, like the hail or taxes. Growing antlers like the local butcher did fifty-odd years ago, or having the crows eat the entire apple harvest one year, were facts of life. Moving to somewhere safe, free of magic, was inconceivable.

The Sisters had a way of sucking the entire world in through the looking-glass and turning it topsy-turvy.

One day, a young woman called Perdita went walking her dog, round the Sisters. The dog came whimpering home. The young woman never did.

Her sister, Niniane, searched for her long after the other villagers consigned Perdita to the malevolence of the Sisters. And when she couldn’t find Perdita, Niniane vowed she would take her black glittering fury and grey raining sorrow and use them to ensure the Sisters would never steal anyone else’s sister.

First, Niniane sought knowledge. She borrowed (and stole) books, water-stained and arcane, written in crawling black ink. She spoke to the oldest women in the village, the ones who knew how to perceive the future in their tea leaves or to keep evil spirits from their homes with iron and salt. One night, she took whisky and cheese and sausages and went to visit a certain old woman who lived deep in the woods and who was rumoured to be on speaking terms with the trees.

The woman accepted Niniane’s gifts and gave her what she wanted in return.

“An acorn,” she said. “During the waning moon, in order to bind the magic. And you’ll need the blood of a Friendless One. But be wary, Niniane. A spell cast in anger and vengeance will always be imperfect, hazardous. Make sure your motives are good ones.”

Niniane made no reply.

The witch’s words remained in her mind, however. She found the acorn easily enough. The blood of the Friendless One was tricksy. But she watched the farmer’s traps devotedly, and when one snared a hare, she was ready. She dribbled a little of the creature’s blood, from the cut on its leg, into a vial, and then set it free.

The moon withered into a crescent, and Niniane walked to the Three Sisters. Under the slitted mooneye, she cast her spell. She planted the acorn on the central hill and watered it with hare’s blood for its first drink. In her mind, she held fast to her determination to spare other women from the pain that racked her, from the loss of Perdita. To keep everyone safe.

Try as she might, the desire to inflict pain on the Sisters seeped through.

But the spell was done, nonetheless. And the magic was bound, and Niniane left, to live out her life. For her, and for Perdita.

The oak tree held the soil of the central hill together with roots as gnarled and knobby as a witch’s finger. A stitch to hold closed a wound in the earth. But sometimes the Sisters’ agony was such the fissure reopened, a cut reopened in a struggle. When that happened, the scarecrows would come to life and chase the farmer through the fields, or the hounds would ally with the fox and pursue the huntsman for miles.

But the oak tree was strong and had infinite patience. Soon its roots closed the gap, and all was calm.