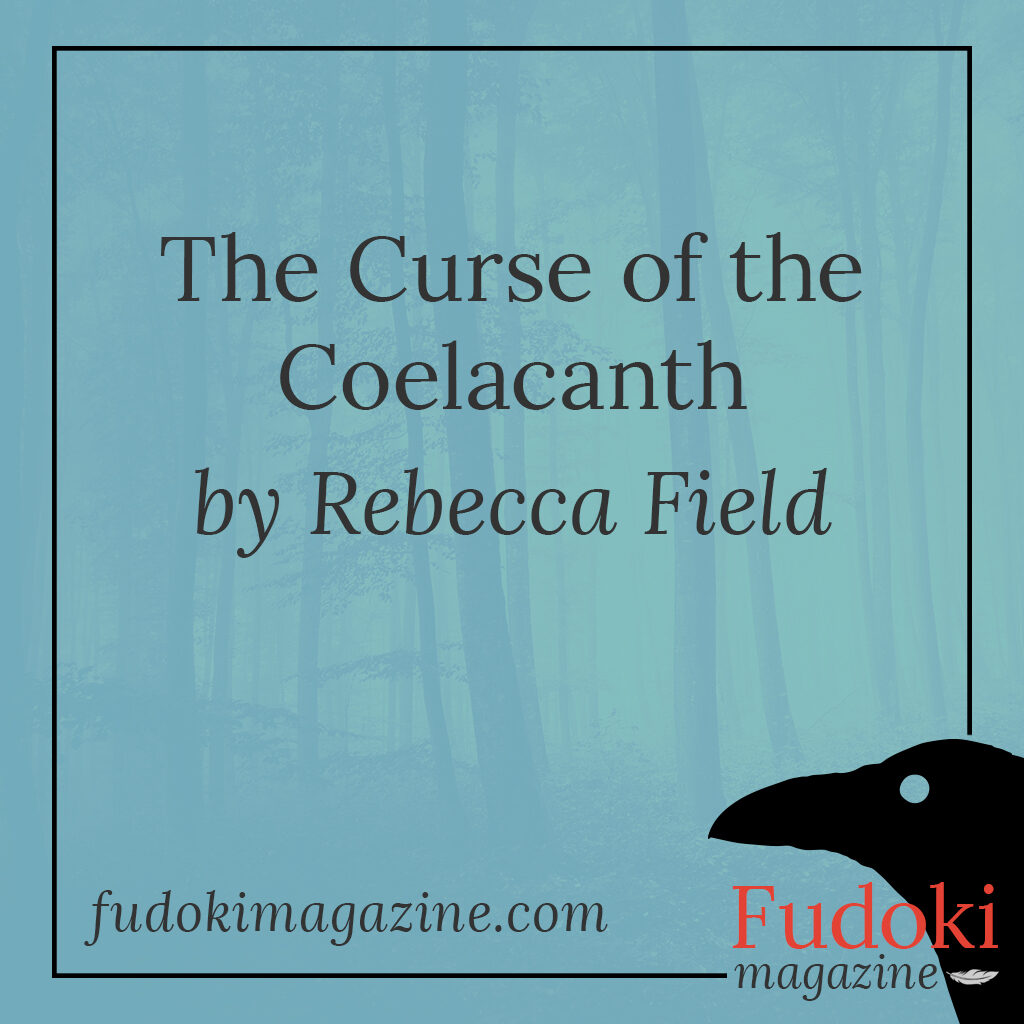 The women on the square were talking about them again.

‘Hasn’t this town suffered enough?’ one of them rasped. ‘If only that harlot would leave, and take that monstrous child with her, things might get better for us all!’

Aileen allowed the poisonous words to glide over her like water from a cormorant’s neck, bowed her head and pushed the pram onwards. No child was a monster in God’s eyes, she was sure. As she pressed on towards the cottage, the pram wheel caught in a gap between the cobbles with a jerk. The baby woke and let out a thin wail. Cursing the women silently, Aileen bent to stroke the infant’s cheek. The single eyeball quivered beneath its permanently sealed lid before coming to rest.

Clouds gathered overhead like a woollen shroud as Aileen walked on. Soon the townswomen began to pull their shawls tightly to their throats and steal anxious glances at the sky as they hurried home, hoping for some indication that the forecast was wrong.

By nightfall, the streets were deserted. The people of the town shut in their animals and hunkered deep into their beds as the wind grew in strength and ferocity. Those who had the means and forethought had long since left the town for a better life elsewhere. Those who remained were too stubborn, poor or both.

Aileen watched her daughter sleeping in her crib. The tiny webbed fingers clutched the muslin comforter as she snored softly, her eyeball flickering rapidly as she entered her dreams. Aileen smiled at how peaceful she was, oblivious to the rain pelting the window and the gossip of the fishwives. The child was the talk of the town; Aileen had been accused of performing unnatural acts with Lenny, a bachelor cousin of her mother’s whom she cared for, his joints crippled with arthritis. The very thought of this appalled Aileen, and her husband, Eric, had known there was no truth to the rumours. But now Eric was gone and there was nobody left to defend them. Aileen alone knew the real truth was far darker than anything those grizzled crones could imagine.

When Eric set out that December morning aboard his vessel, The Salty Cracker, it had been weeks since he’d landed a decent catch. Neither of them voiced their fears aloud as Aileen kissed him goodbye, but they both knew time was running out; the growing life in Aileen’s belly could not survive on bread and water alone.

Later that evening Eric returned, but it wasn’t with the bounteous catch he had hoped for. The creature he placed on the sea wall was a fish, that much was clear, but the like of it they had never seen. Like a living fossil, it brought to mind those terrible lizards who once roamed the earth. It was the size of a dog, and covered with an armour-plated skin oozing a thick mucus. Its great mouth gaped open, letting out a fetid aroma of decay, and its four thick fin-legs churned helplessly as its life ebbed slowly away. Staring into the corpse-like eyes, Aileen took her knife and gutted it, throwing the innards to the gulls. The fish let out a last gasp, and thrashed in her arms before she cut off its head with a final twist.

Aileen was accustomed to creating much from little, but the stench of the cooking fish was something that no amount of garlic or herbs could disguise. When the couple sat down to their meal, they found the flesh oily and repellent, but forced down as much as they could stomach. They spent the night writhing in agony, clutching their bellies and each other, fearing for the life of their unborn child.

The following day, Eric dragged himself back out to sea, determined to try his luck on the far side of a nearby isle while the weather was fair. The sky was a cloudless blue as Aileen waved him off. Eric smiled from the deck of his boat, a crew of three young men beside him, but when dusk turned into night and they had not returned, Aileen felt the sickness return. The next day, and for many more that followed, pieces of The Salty Cracker washed up on the shoreline, taunting Aileen and the townswomen with all they had lost. Each night, Aileen’s dreams were filled with recurring images of the fish she had eaten. Sometimes it was weeping, its dead eyes filled with tears. Sometimes it was a man-sized monster, pursuing her endlessly through chaotic seascapes on its strange fin-legs. Always, she awoke scared and confused, wondering how to make it all stop.

As the night grew darker and the storm wilder, Aileen tossed fretfully in her bed. In her fragmented dreams she was once again pursued by a man-sized fish, lumbering towards her with dead eyes, emitting the anguished howl of one bereft of its soulmate. Awaking from the nightmare, Aileen found her pillow bathed in moonlight. In a moment of clarity, she understood: the fish-man meant to pursue her, punish her, possess her. There could be no escape.

As she nursed the infant, Aileen wept: for Eric, for her child, for herself. Then, as she watched the sleeping face, she became aware of a sound that she couldn’t quite place. At first slow and soft, she perceived it in snatches between the howls of the raging gale, and the crashing of waves on the sea wall. As she strained her ears, it grew clearer and louder. Gradually, she began to understand it for what it was; a slapping and a dragging, a clawing and a scraping, as of some gigantic form heaving its bulk along the sea wall.

Aileen flung open the door and the wind barrelled its way into the room. Through the maelstrom she saw it at last; the fish-man she had feared for so long. She took up her child and stared into the cold, grey eyes.