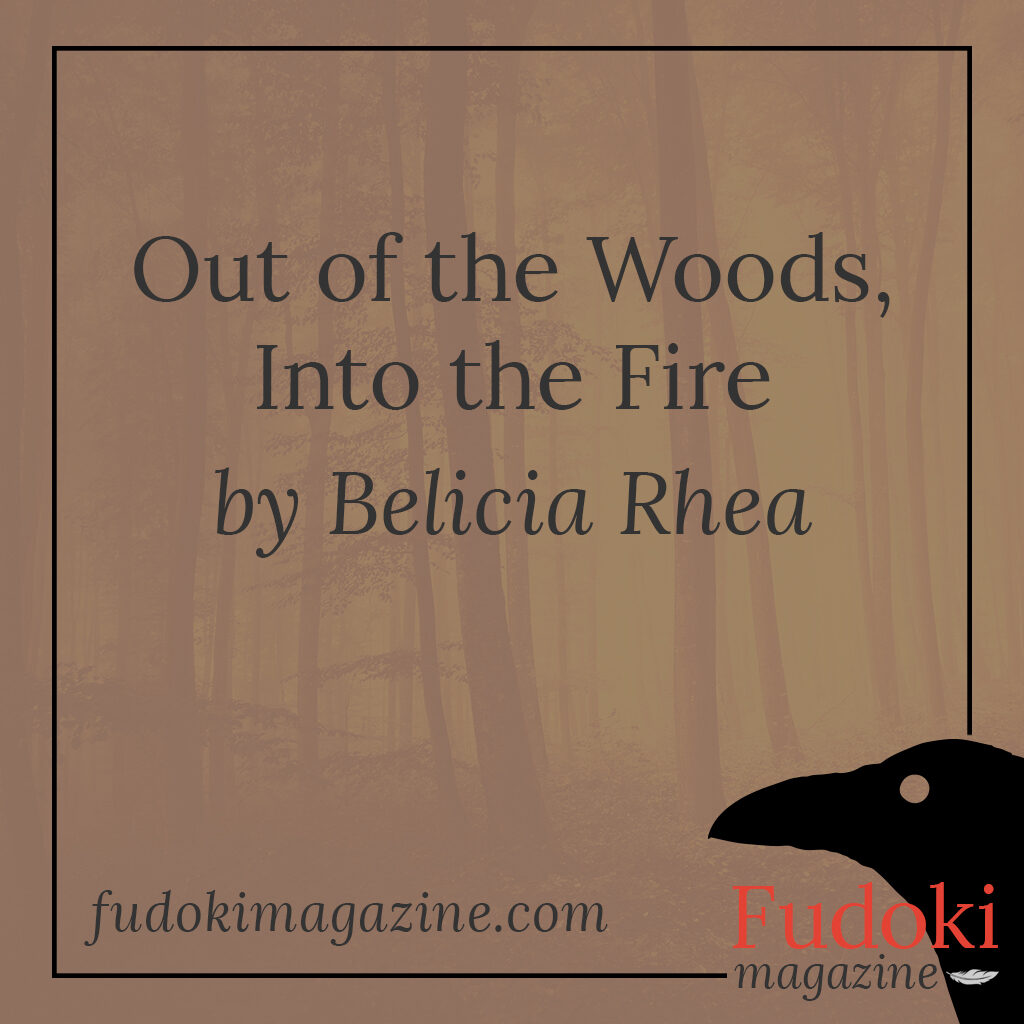 The child’s longing for quiet howls amidst his loud cramped quarters of home. His mother paces their humble kitchen—the one he was born in, like her and her mother before and so on. She’s still hovering over a bubbling pot of water-thin stew. The boards in the floor sigh under her feet as the child snatches a piece of their only loaf and runs to the lonely edges of the woods.

Growing boys are hungry after all. He munches the bread, trailing a mess of crumbs behind, then trots the back path, a ways from their modest cottage, so far that he can no longer hear his shouting father or sisters’ laughter. Before long, he unearths treasures: carcasses of mice, snake skins, and other creatures’ remains. He stares at their little vertebrae, inspects their mottled fur. The poor beasts have been exposed to the elements, some with heads bitten off, others stamped flat and mangled by a foot or spade or violence.

All are his favorites, fit to bring home to the cellar. He does not expect to turn over a dead log and find a large human skull underneath. Left to rot. He wonders where the body has gone, imagines who could be missing their head, any headless thing he’s ever known. He marvels at its luster beneath the thick coat of dirt and quickly scoops the skull into his satchel.

In the secret nook of the cellar, just below his siblings’ bedroom, the skull joins the mouse skeleton, the snakeskin, the deer antlers, and the collection of bird bones and sticks. They dance and shout to each other in play.

He opens up the skull mouth. Inside there are two more miniature things, like dolls, caricatures of beings. Tiny people. They are objects his child mind knows, faces he’s imagined from somewhere—a little boy and girl with eyes sewn shut as if still in a centuries-long sleep. Then there’s a third, but he can’t make out what it is. It is filthy and haggard, draped in rags, with wire hair that pricks his tender skin, and he drips blood all over the thing. He hums and plays with them a while until feeling a swell of apathy. Bored with it all, he throws the figurines in the cellar furnace and watches as they burn.

The fire crackles, transforms, grows into to something with life, full-sized. When the first shape emerges, it is the boy figurine, now reborn a small boy. He says thank you, bows, and pulls his sister from the fire. They leave a trail of soot on the ground, ash clouding the air as she coughs. When the last and third emerges, it is an old woman, her wrinkled flesh barely hanging on. The siblings look at each other, screech, and thrust her into the fire once more.