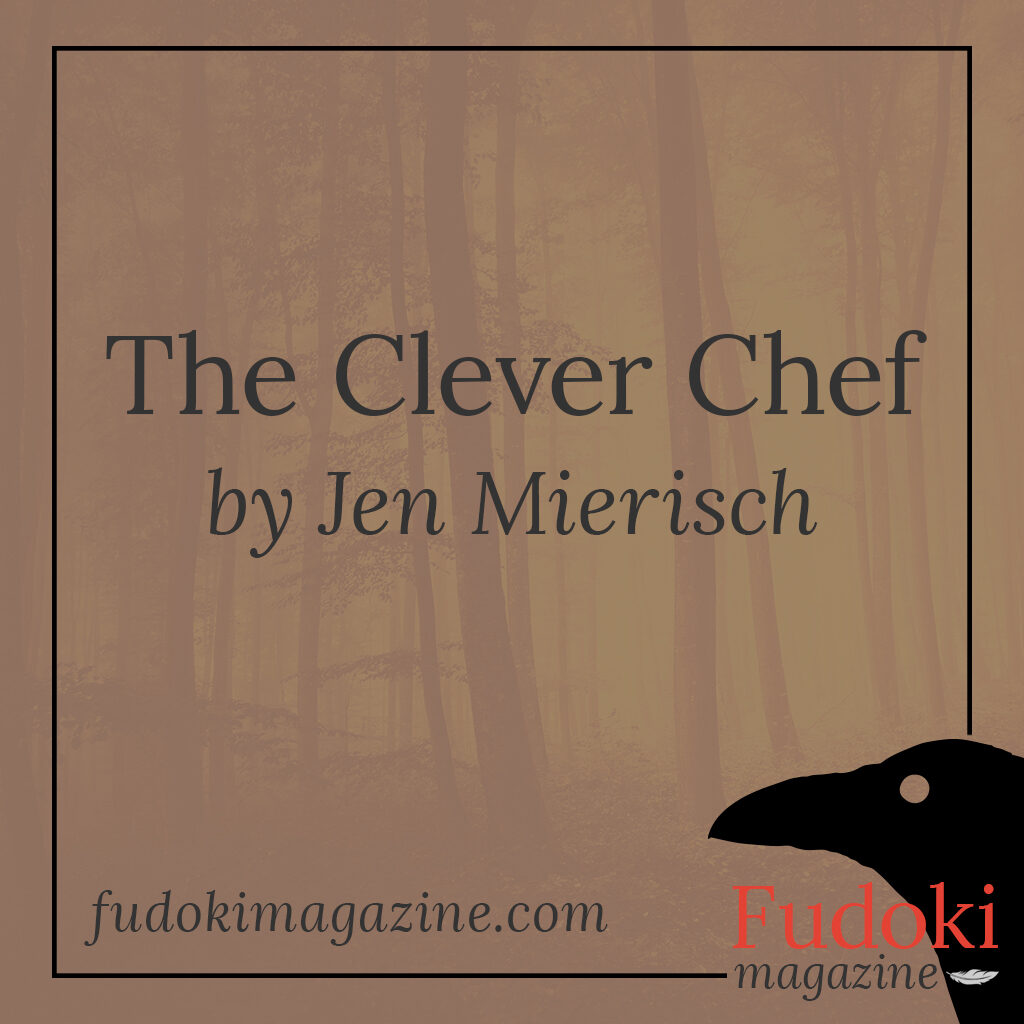 There was once an orphaned girl named Melissa who lived at the edge of town with her uncle, a fisherman. As they were poor, Melissa would gather herbs that grew about the place, and craft delicious sauces to flavor their simple food.

The uncle took his catch and the sauces to barter for goods, so the small family had oranges and lemons in abundance. This kept them in good health and provided a source of income, as Melissa made juices from the fruit to sell.

She was a charming girl, with bright intelligent eyes, long curls as black as pepper, and skin the color of cinnamon. Despite having lost her parents, she had a cheerful disposition and a smile for every person.

One April day, Melissa set up her table next to the main road. “Fresh lemonade!” she called to passers-by, and a few paused to quench their thirst.

At length, old Widow Culpeper appeared, making her way down the lane. Her narrow face stood out against her black furs like a maggot on a skunk’s corpse. She lifted her hooked nose into the air, staring down its length with her ice-blue eyes.

“Get out of the road, gypsy,” she told Melissa with a scowl.

“My table is quite off the road,” protested Melissa.

“Surely there’s enough road for us both? I have as much right to be here as you have,” Melissa told her.

“Who are you to speak to me that way?” the widow growled. “My late husband was Mayor of this municipality. My folk have lived here for two hundred years, longer than gutter rats like you and your uncle. You don’t belong here. Remove yourself from my sight.”

“I will not,” returned Melissa.

“We’ll see about that,” said the widow, cackling as she walked onward.

Next morning, two policemen came to Melissa’s table and demanded her license.

“License?” she wondered aloud. “I’ve sold here for years. I never needed a license before.”

“You’ve got two days to produce it, or you’re finished here,” they said.

After they left, Melissa sat and began to weep. Shortly, a movement caught her eye. In the adjacent park, two enormous ravens sipped water from a birdbath. One flapped his great wings, flew into the air, and landed with a flourish on Melissa’s table. Astonished at this rare visit from the wisest of birds, Melissa sat up respectfully and dried her tears.

“Why do you weep, child?” asked the raven.

“Sir raven,” she said. “My neighbor wants to drive me out of business and put us in the poorhouse. I cannot imagine why she hates me so.”

The raven cocked his head and regarded her keenly.

“The gulls at the shore spurned me for my black feathers,” he said. “People are not so different.”

“I know a way to ease your troubles,” said the raven. “A special ingredient will make that lemon drink of yours irresistible and rid you of Culpeper to boot.”

“What is it?” she inquired eagerly.

“Only one garden grows it,” said the raven. “No person can enter. But with my wings, I’ll have no trouble.”

“Oh yes, please!” said the girl. “But how shall I repay you? We have little money.”

“Money means nothing to me,” said the raven. “I tire of mice and worms. I want to dine on fresh fish, like the gulls do. Bring me fish tomorrow, and I’ll deliver your heart’s desire.”

She agreed to the bargain and told her uncle to save a fish from the next day’s haul. The raven returned bearing a lush green sprig in his beak. Melissa tasted a single leaf and immediately set to work boiling and distilling its essence.

On the second morning, Melissa set out her pitcher and cups by the roadside. “Fresh lemonade!” she called, stroking the feathers of the raven, which perched on her shoulder.

Her first customer paid extra for another cup. Her second asked for a whole jugful to carry home. Before long, a crowd gathered, remarking over the lemonade’s marvelous flavor.

Presently, the policemen returned, marveling at the assembled throng. The girl swallowed her fear and held out two full cups. “Something to quench your thirst on this hot day?”

The officers looked at each other, then at the sweet drink before them, which they could not resist. After one sip, they smiled. After two sips, they gulped the rest, wiped their mouths, and grinned.

“About the license—” Melissa began.

“Never mind that,” said the officer with a wink. “All in good time.”

“There it is!” shrieked Widow Culpeper, who was quickly approaching. “That nasty beast has been stealing honey-leaf from my garden!” Her bony finger pointed at the raven, who rose in fright from Melissa’s shoulder and hopped onto the table.

“I might have known you were behind this!” the widow accused Melissa.

“Say, what’s this,” a man interjected. “The girl’s a cook, and a mighty good one. Not a falconer.”

“Leave her be,” several women chorused.

“Gypsy-lovers!” the widow shrieked, and picking up a rock, she struck the raven dead.

At once, a murmur arose from the crowd.

“It is ill luck to kill the wisest of birds,” the townsfolk whispered.

“Your hateful ways will bring disaster on us,” said a farmer to the widow.

“They took what was mine!” she insisted.

“Away with you!” bellowed the crowd.

Upon seeing the sticks in their hands, Widow Culpeper screeched, ran off down the road, and was never seen again.

As for Melissa, she married one of the policemen, and in their home she had a large kitchen and a thriving garden. In time, she became a matriarch and a respected advisor, entreating authorities to always treat people fairly, no matter their wealth or background.