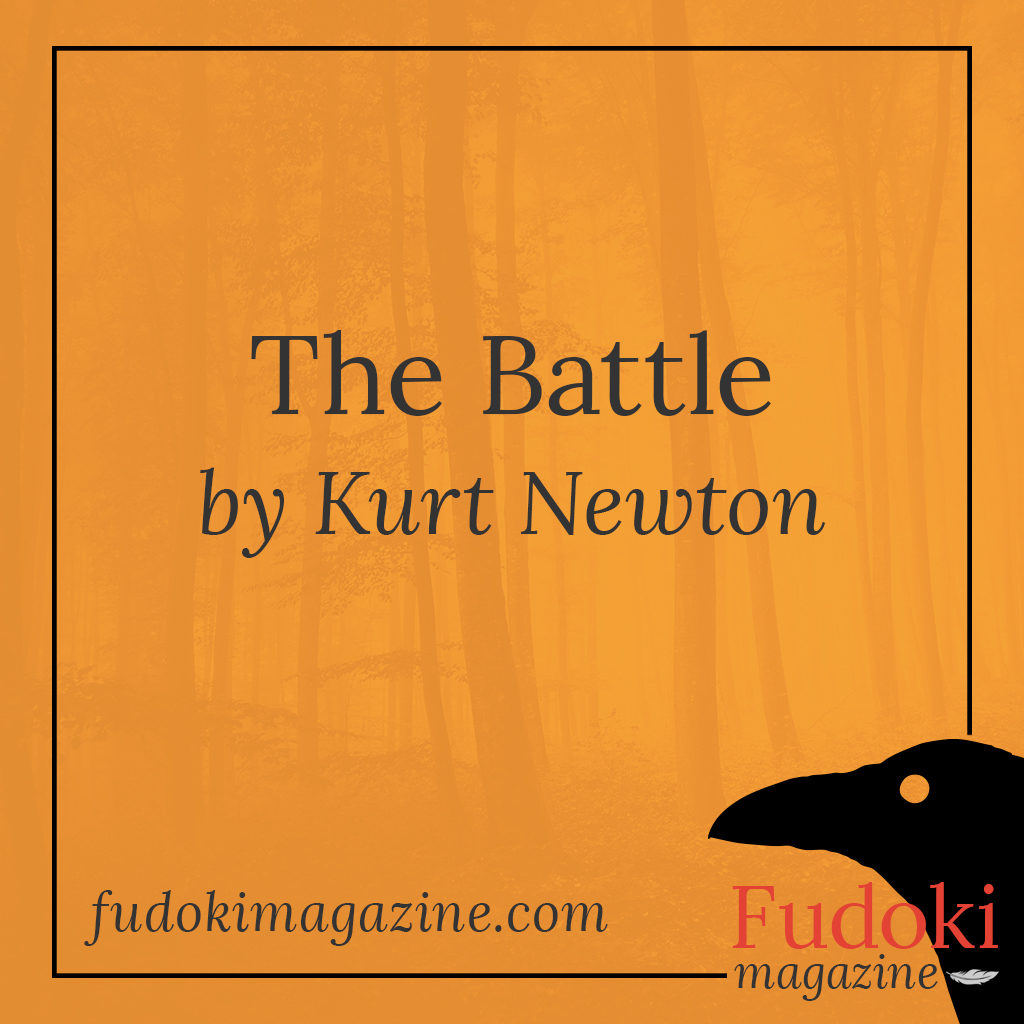 Surrounded by a primeval forest, Saro lay clutching the muddied dirt, gasping with his final breath, his body numb, the flash of his sword still recoiling in his grip. His master cast a steely eye and spoke a wounding reprimand.

“This moment is trivial,” the old man said, “your aches and pains are feeble ghosts, the past has moved beyond your reach, and tasteless is the blood that paints your lips. No matter, it is a lesson. But you must get up before the ground takes you. For the truth is that there is no truth, and death is but a mild inconvenience.”

Saro stopped breathing then, not knowing what else to do. He gave his body to the plants and trees. Night fell and he fell beneath the rapture of the moon. Saro watched intently as a streak of light arced across the sky and collided with the moon in a powerful star burst. The light faded to blue, to indigo, and finally night rained down in a shower of char and soot, and everything turned to black.

Saro awoke the following morning to the smell of bacon. He lay upon a bed of straw, his muscles sore as stone. His master crouched over a cooking fire, his image nearly one with the heatwaves. The old man turned and handed Saro breakfast. “Failure is the lie we swallow,” he said. “Be careful, it’s hot.”

Saro ate greedily that morning, not knowing when his next battle would be, but knowing that with each defeat the impending night would become more beautiful, the morning that followed filled with a hunger that could not be sated, and his life would be as purposeful as the pause between breaths, or the flash of two swords in a primeval forest.