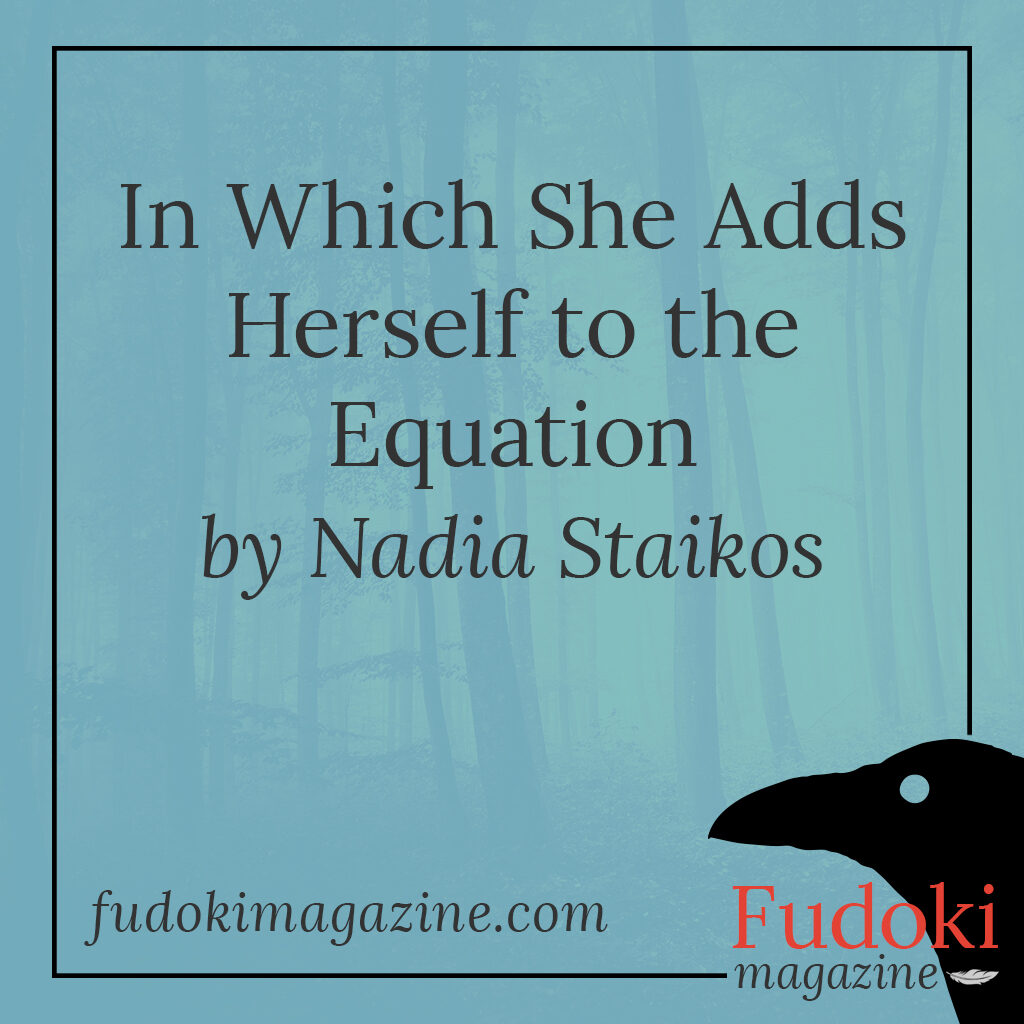 She lights the fire beneath her cauldron, and flames lick yellow, orange, blue, until the water is bubbling. Her finger trails the dust-patterned glass sides of bottles and jars lined up along the shelf. This one is the oldest. She removes the cork with her teeth. It crumbles and sticks to her tongue, and she turns her head to the side to spit out the fragments. She tips it over and pours out evening phone calls from underneath the dining room table, in the dark, phone cord stretched around the corner and beneath the closed door, on alert for the faint click of someone picking up another line. It smells like peppermint gum, and out falls many different ways of saying I love you. She stirs.

The next bottle is opaque—her own brush having painted it black. As she pours, even through her closed eyelids, she can see the brightest blue; remembers the eyes it came from. This bottle sings as it pours, phrases chopped from different songs, licked onto uncharted skin beneath blankets and shouted into moonless skies. She swipes her finger through the stream as it pours, touches the tip of her tongue. Pure cocoa. Honey.

The smallest bottles are hidden in the back, underneath cobwebs, with spiders roosting on the stoppers like thrones. They contain things like toasted cucumber sandwiches, hands once-held, recurring dreams, static, and a glance captured in a photograph. These ones shine briefly as they are poured, tiny glistening drops. They disappear, swallowed.

She hesitates. Her own hand encased this one in the blood-red wax of denial, and she whispers to herself, over and over as she peels it away, I am ready. It contains countless things—the nature of rings, a ghost story at sea, rocks falling out of her clothing, water wrung from a t-shirt, small projectiles bouncing off of glass, admissions shaken from the bottom of a bag, the benefit of the doubt, the bodies of insects floating on the surface of a lake—all mulled with the blunt pestle of regret. May she have the strength to never seal this one again; may she pour to remember what she has learned.

So many vessels, and out falls a blind cat, cheese sliced at the wrong angle, a pond existing only in the hour before dawn, clams pulled from mud, the sound of birds through an open window, a bottle cap, an empty notebook, the sound of a phone ringing—unanswered—in the middle of the night, a burn, a scar, and promises made—by her, by others—without realizing they were all being plucked out of instants, collected, encased, saved for later.

She stirs, and the only thing she can see is her own reflection on the surface, broken up by bubbles. The ladle burns her lips, but she drinks. She now understands that she is her own; hers to keep for herself, or hers to share, if and only when she desires. She had not known that, all along, what she was creating was a life.