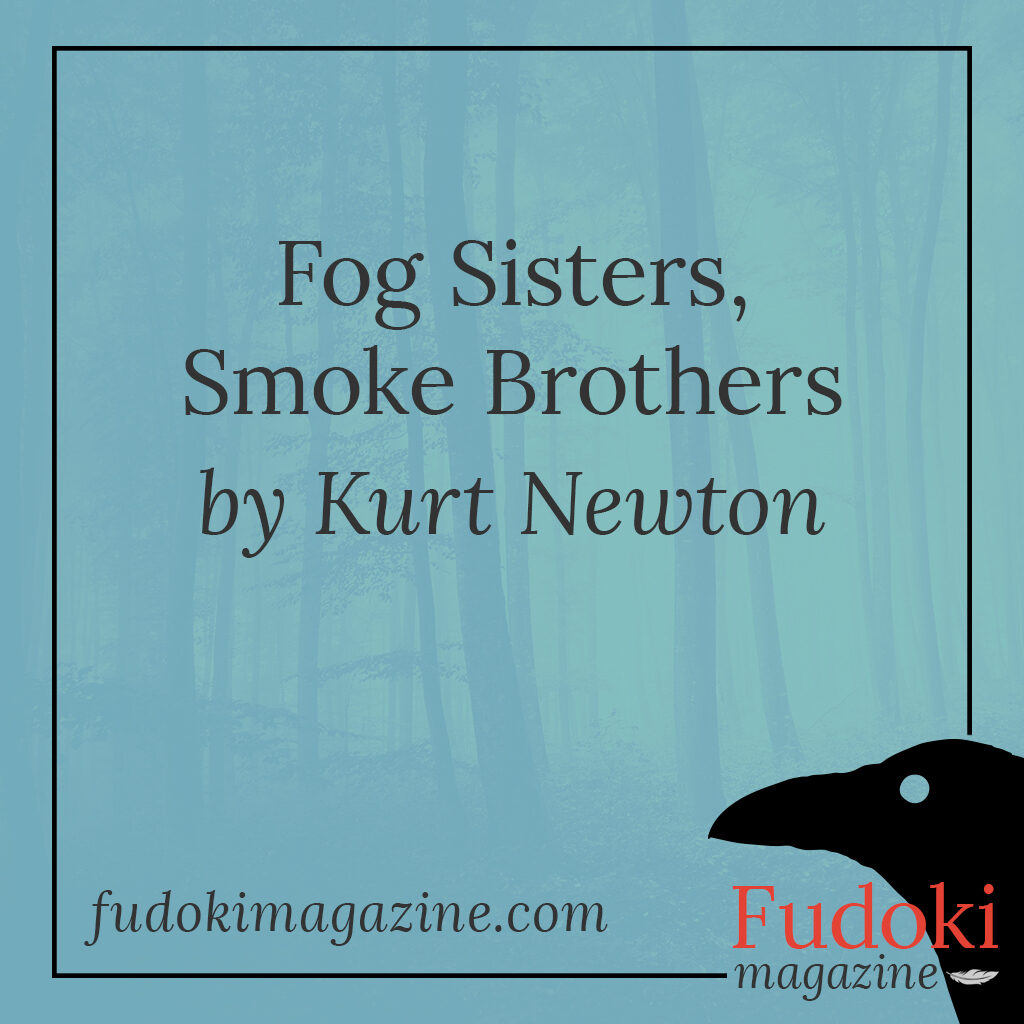 The fog sisters rolled across cold fields, and sat on the banks of frog ponds. They spent their time listening to the gulp and splash beneath the soft glow of the moon. The smoke brothers liked to billow and blow, and climb up mountain sides and shame the sun. But most of the time they smoldered in the dry tinder, waiting for a spark.

One night, the smoke brothers came out of the forest with fiery eyes and hot breath, and came upon the fog sisters sitting quietly beside a pond. “Look what we have here,” said the fog sisters, not the least bit startled. They spoke with the same tongue.

The sun began to rise and a slight breeze moved the air. The smoke brothers hovered as long as they could. “See you again sometime?” they said, before being swept away, the sound of their twin voices dissipating like a flock of geese heading south for the winter. The fog sisters sat on the bank of the pond listening to the life awaken around them. By mid-morning the sisters had all but vanished, reduced to droplets of moisture on the sawgrass and cat-o’-nine tails.