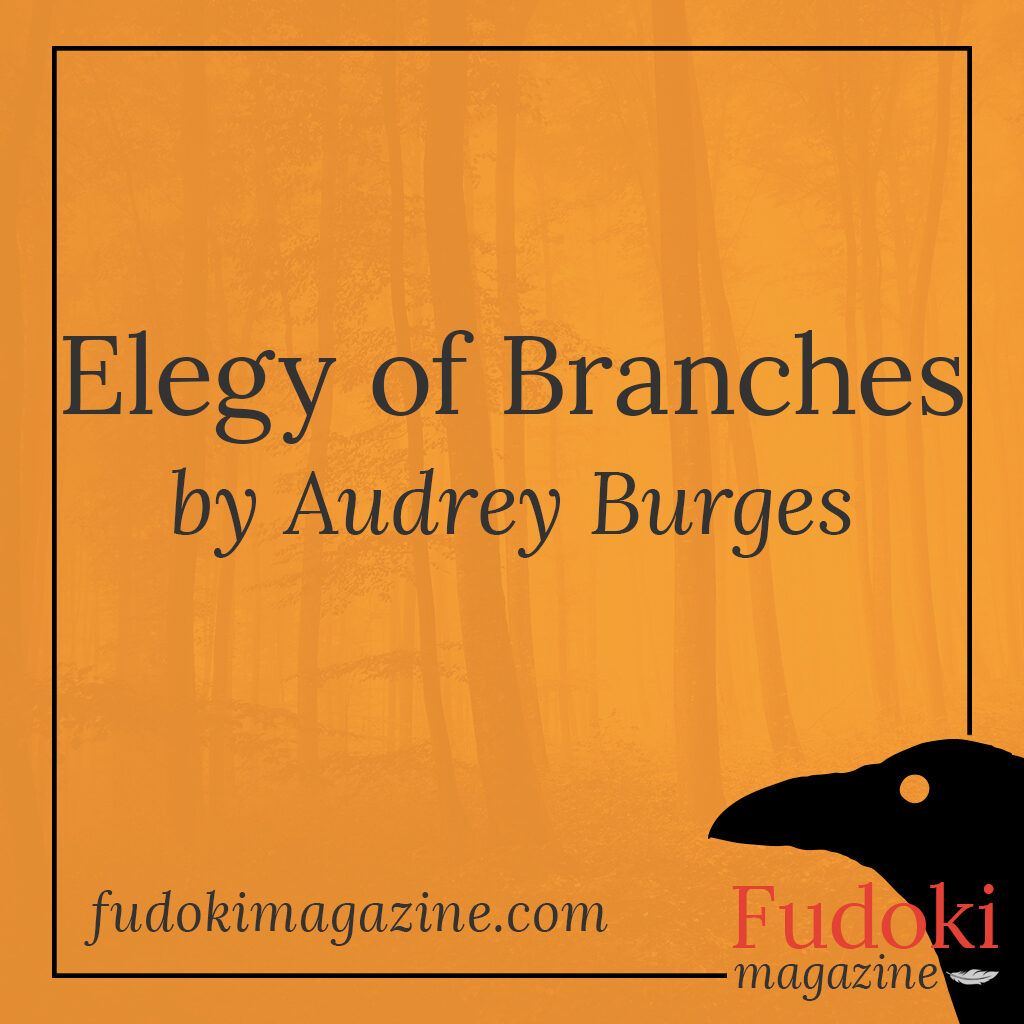 The instrument’s first few surreptitious measures played on bits of branch and limb that were cobbled together in a haphazard pile, like a beaver’s dam. But by the fourth measure, its melody became clear, or so the stories said. No living person had ever heard the song. The instrument needed a player, and the player needed a key, and the key was as hidden as the instrument itself. As hidden as its origins.

The blacksmith’s girl lived on the edge of the forest with her father. She was often alone. There were no other children, and the fires in the forge needed to burn through night and day to transform molten metal into food enough for the winter. The girl would wander the forest to collect wood—small branches and sticks, at first, though as she grew older and bigger, she carried a hatchet and sling and could pull whole saplings back to the fire, leaf and stem.

The girl knew all the stories about the forest’s song. Her father whispered as he tucked his treasured daughter into bed each night, her small face an unlined portrait of the beloved wife he’d lost. He repeated melodies from bards who quavered with lutes and dulcimers in taverns, warbling about an instrument concealed deep within the trees. Curved ramps of burnished wood wove through trunks and over stone. Find me a song in the trees, my love, and I’ll tell you the secret they hold.

The stories perplexed the girl, because the forest was its own instrument. It was never silent. The boughs interlaced like crickets’ wings and whispered together in the breeze, and the breaths and sighs of every beast that walked and flew and slithered filled the spaces in between. The girl knew no song as lovely as the ones she heard each day, and she did not seek another.

She loved her father, loved his stories and his singing. Find me a song in the trees, my girl, with a kiss atop her head each morning. Each night she brought one back for him, notes harvested from streams tinkling over rocks, tunes mimicking a bright bird streaking scarlet past dark boughs. He laughed as he listened, tending the fire he could not leave. He was a large man, built like the mighty oaks that buttressed the smithy, with a voice like smoke bellowing over coals.

His size concealed his illness for a long time. It snaked through his vitals, buried far beneath muscle and sinew, a pain he ignored as he did every other pain, until it became louder than the hammer in his hand. By then, it was too late. He took to his bed, and his daughter returned to the woods again and again to keep him warm until his last breath. Then the villagers returned him to the flames she stoked.

When he was gone, she let them go out.

The rhythm of the girl’s days had always thrummed along with the forest’s. That rhythm was the only meaning she had left. She would arise in slant-rayed dawn and gather the basket of food left by well-meaning neighbors. Most of it would rot, save for a few bites of bread choked past her teeth. She would walk into the woods—a normal distance at first, but then further and further, until the light fled from the canopy and the birdsong was swallowed by sounds from beasts she could not see. In her darkest moments, she hoped they might swallow her, too.

She did not seek out the instrument, which is exactly why she found it.

It did not look like the stories said it would, but the girl had already learned that stories obscured more than they revealed. It could not hold the forest’s secret because the forest did not make it; to the trees, it was a charnel heap, a relic of groves long gone. Crossed timbers softened into sawdust against the wooden ramps, slanting at an angle slightly greater than repose and slightly less than progress.

It was an angle the girl recognized. Not quite motion and not quite stillness, but inertia, moving only with the memory of a force that had long ceased setting anything into motion. The angle of mourning. The angle of loss.

Find me a song in the trees, my girl. The voice called over breeze and branch, tearing through her with a longing that stole the breath from her chest, a weight that collapsed her against the peeling varnish and bark. Her shoulder collided with beams notched together by hands long since turned to dust.

The instrument shuddered against her shoulders.

When the stories spoke about the instrument’s key—the tool that would unlock its notes—the girl had pictured metal in tumblers, or ivory on a scale. She had not imagined a ball. But as a wooden sphere rolled down the ramp, falling down cascading stairs, plunking notes on each descent, its shape made sense to her. The instrument played a song with no rough edges. Its melody rippled with poignance and joy through the depths of the forest. The only secret it recited was anguish: the solace found in precision, in the yearning to build something beautiful that would never be seen or heard by another living soul, because the soul it was meant for was gone.

The dirge was as smooth and unbroken as grief itself, a monument to loss tucked beneath a cathedral of branches, where life and death arc a wider span than ours. The girl felt the music resonate through her bones, through her instrument of a body, reverberating in its impermanence.

She felt her father’s kiss atop her head and wished he could hear the song. She wished she could tell him what she’d found. But as the last notes faded in the dying light, in a place deeper than the wisdom we seek in stories and song, she thought he must already know.

2 thoughts on
“Elegy of Branches”