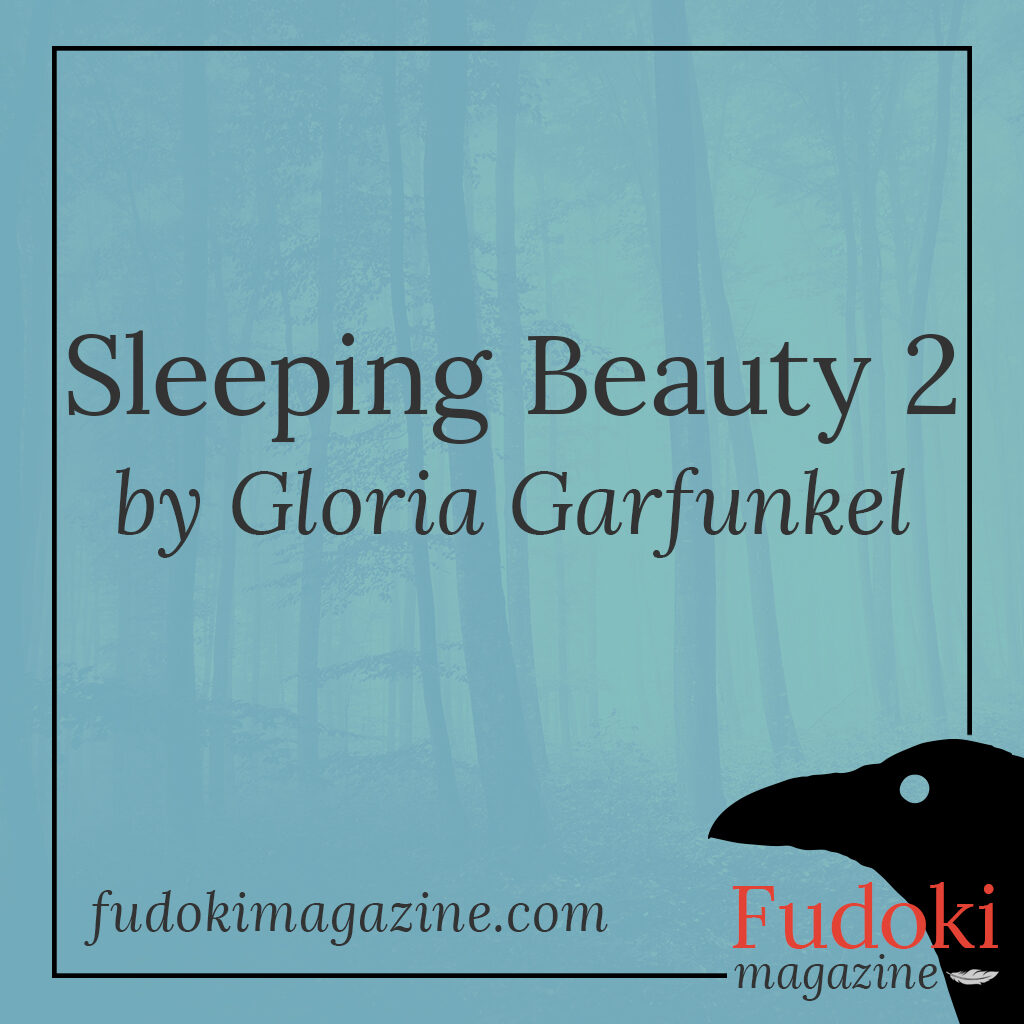 She awoke and everything was different. She was older, for one thing. She could tell just by looking at the blue veins and dry wrinkles on her hands, and the strands of silver outnumbering the gold in her much longer hair. But aside from that, gone was the bramble forest around the castle. A building called Starbucks stood just outside her window, and a GAP next door to it.

Looking at what people were wearing, she at first thought she would have to find a seamstress, but noticed clothes were being sold ready-made in the large windows of markets. Women and men were both wearing pants, tight ones, and some women wore short tight skirts.  How long had she been asleep? And where the hell was her prince? Wasn’t he supposed to awaken her while she was still young and beautiful? Or was that some other fairy tale? Maybe Cinderella’s? Snow White’s? Or a different Sleeping Beauty’s? The world is a big place, and as she would learn, there are many Starbucks and GAPs, so there could also be many Sleeping Beauties, and all could have a different fate.

Hers was to rip the hem of her dress so her hairy legs would show, walk across the street and steal some black leggings and a red tee-shirt in the dressing room of the GAP, tie back her long hair with a clip, then get her first job ever serving coffee so she could afford an apartment and a dog and eventually buy an iPhone and even an iPad, all things she never knew she needed but quickly realized she couldn’t live without. Better and more reliable than a prince even.