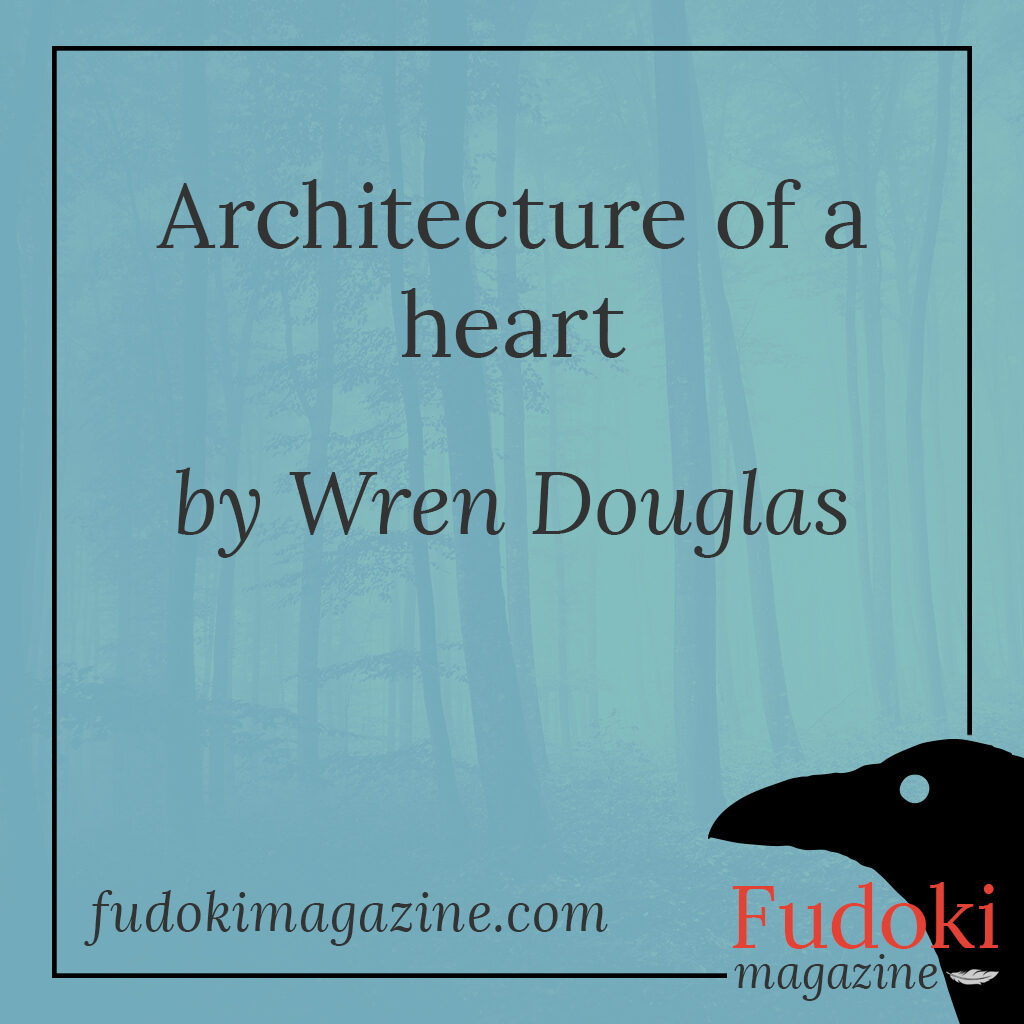 Sometimes, sailors get their hearts stolen at sea. It happens at night, to the poor fools who think they can brush off centuries of wisdom as mere superstition, old people’s tales for a slow day at the tavern.

“Never brave the night alone,” say the folks who have seen the terrible light of the anglerfish, “for the Thief of Hearts can only target one person.”

Rachele’s never seen the Thief, but she knows its contorted, pulsating body lies in wait underneath the waves. After all, it’s that monster that stole her father’s heart when she was a child, leaving a gaping hole where once had been his love for his family.

Back then, there hadn’t been anyone at the village capable of making a new heart for him, so Rachele’s father had passed away on the carriage meant to take him to the nearest town. Never once he had looked at his children or his wife; his glassy eyes had stayed fixed on the fields rolling by the window.

Now, though, Rachele isn’t a child anymore. She’s spent years learning every nook and cranny of the human heart, learning her craft born from the sand and the foam until she was ready to come back home as an Architect.

She’s taking a stroll by the shore at dawn, gathering seashells to weave into a necklace for her mother, when she sees a body among the washed-up jellyfish.

“Hey!” She starts running as she calls out, droplets of salt water clinging to her shins as her feet press into the wet sand. “Are you alright?”

Once she’s close enough, she realizes the woman lying in front of her has a hole in the middle of her chest. Blood rushes to Rachele’s head like the rumble of the waves, but she blinks away the dizziness, together with the memories of a hazy stare that wouldn’t meet hers even as it went out.

She fishes her tools out of her bag, for once grateful for the uneasiness that forces her to bring it with her anywhere she goes, and immediately starts taking measures. The echoes of the original heart are so faint Rachele can barely hear them, but it’s going to have to be enough if she wants to save this woman.

“Stay with me,” she murmurs as her hands move to gather a clump of grey sand. The grains shimmer in the light of the dawn when the first rays hit the fragments of seashells and minerals mixed inside. “I’ll make you a new heart, so don’t go anywhere.”

The woman groans, shifting towards Rachele. It’s silly to think that she could’ve heard her in this state, but hope still flutters in the pit of her stomach. “Just a little longer,” she says, carving intricate grooves into the sand to mimic the work of veins and arteries.

For the entire time it takes to complete the heart, Rachele keeps talking to the woman. Her words drip into her handiwork, breathing new life into it, and the moment the sand sighs in response to how Rachele’s little brother scraped his knee trying to catch a grasshopper she lowers it into the hole.

There’s a horrible, grating sound as the body latches onto the foreign object with equal fury and hunger; it lasts only a moment, tough, and Rachele is filled with relief when color returns to the woman’s cheeks.

When the woman opens her eyes, she’s looking straight at her like Rachele is the only splash of color on a blank canvas.

“Thank you,” she says, raspy from having ingested sea water, and for a moment the beating her fledgling heart is in synch with the wild thumping Rachele feels against her own ribs.

“You’re welcome,” is all Rachele says, sitting on the sand amidst the lazy waves that lap at her dress. When the sun rises in earnest, they greet it together.