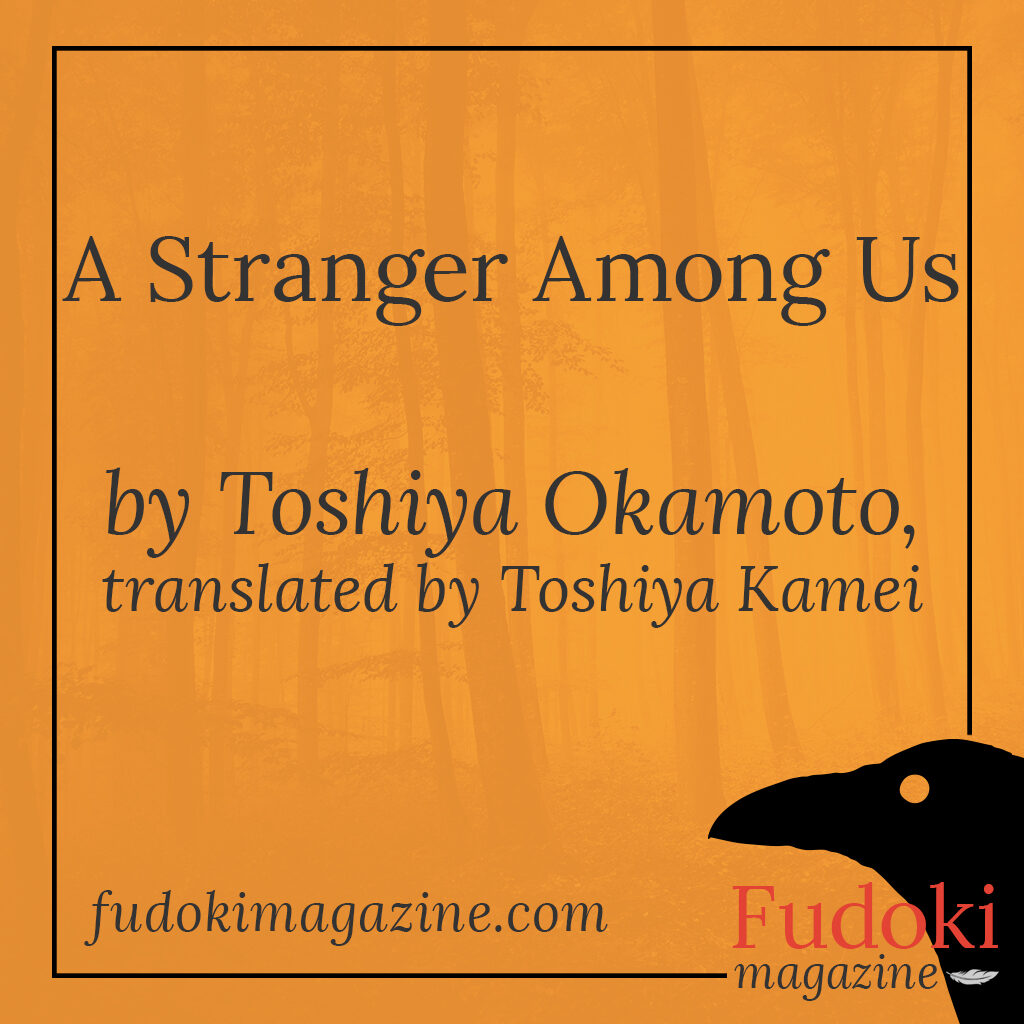 Several years after the Pacific War ended, a bookstore emerged from the ashes of destruction in Umeda, Osaka. Every time someone came or went, the wooden stairs groaned and squeaked. On weekends, the café at the back of the second floor bustled with college students and young salarymen who attended a book club. Japan hadn’t yet completely recovered from the war, but we looked forward to a bright, shiny future ahead.

One day—no one could remember exactly when—a child joined our book club. No one could be sure if the child was a boy or a girl. It never occurred to any of us to ask their name. When our conversation reached its crescendo, the child had emerged among us without anyone noticing when. The child seemed to listen intently to our book talk.

“Hey kid, where did you come from?”

The child pointed below in silent.

At the back of the bookstore, local residents huddled in makeshift shacks and tents on top of the ruins. The child’s presence hardly raised any suspicion.

The child became engrossed when we talked about post-war and foreign literature.

“Do you find our chat interesting?” someone asked. The child nodded.

“Oh,” some of us uttered and nodded. “Books appeal to all ages, after all.”

One day, we found the café closed. A nondescript flier heralded the news.

“We pretty much occupied the whole place.”

“Why don’t we look for another place?”

“But what about the kid?”

The child was nowhere in sight.

Later, we heard a ghost story. A small, childlike figure appeared at one corner of the bookstore. When you called them, however, the child would disappear. About ten years ago, the bookstore’s previous building had burned to the ground in an air raid, along with a few hundred thousand books. Afterward, the wooden building replaced the rubble. Then the child began to appear.

“The kid may be one of the burned books,” one of us said.

“The kid’s about ten. The air raid was almost ten years ago.”

“The book died and reincarnated as a child . . . the kid’s still growing.”

“Even though they failed to protect the bookstore, they might have been its guardian deity.”

“According to the folklore of the Tohoku region, Zashiki-warashi are spirits attached to houses,” another chimed in. “They look like little kids with bobbed hair and red faces. They appear only to kids and play with them. They’re invisible to grown-ups.”

We looked at each other and exchanged glances. “Then how come we could see that kid?”

A Stranger Among Us by Toshiya Okamoto was translated by Toshiya Kamei.