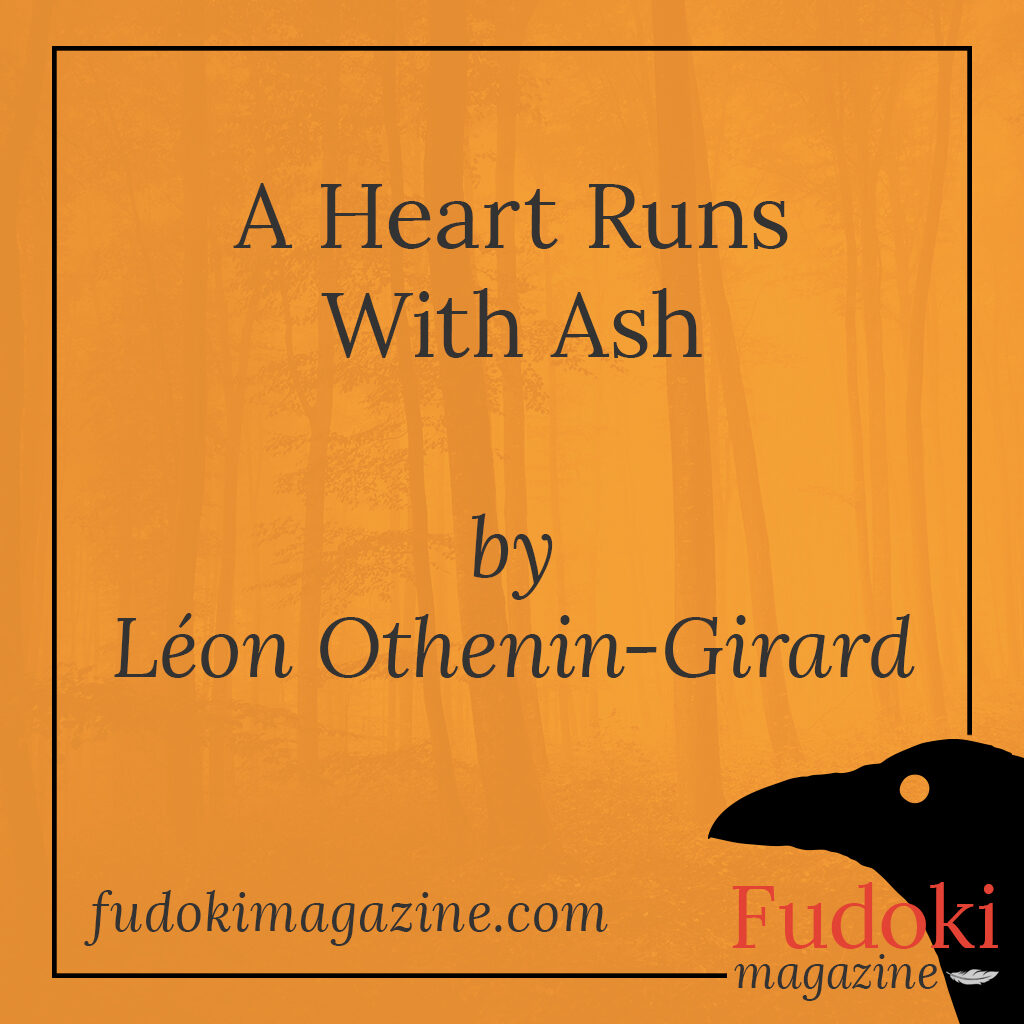 When the Chester house burns in the rain, no one watches. Least of all the inquisitor, clad in a white cloak that shields him from the flames he walks through. He has baptized another family in whiskey to burn them for the crime of witchblood, and he knows it will not be the last, even if he already feels naked without ash on his skin. This profession was his choice. The streets fill with the usual river of soot, shit, and rain, and still, his cloak never stains. The inquisitor adds the spilt liquor on his boots to the muck. He treads home and rests his head, waiting for his bell to ring.

When the Bellevue house burns, only the mayor watches. The son of an old baron lies shackled to a bed as the flames lap at him like hungry dogs, caress him as the mayor’s son had, and the inquisitor watches the mayor shiver. That could have been his son. His house. Him. It by all rights should have been, but the mayor controls the inquisitor, and so the mayor’s son is safe, despite being just as tainted. The inquisitor wonders whether the mayor will ever accept the truth, and trudges home. He hangs his cloak near the door and sleeps on the floor beside his bed.

When the Fisher house burns, the whole village watches. A virtuous teacher and his wife melt as they claw at the windows, and the inquisitor steps aside. Burned for teaching the mayor’s son poetry, or hiding his witchblood in the veil of marriage, as the records will say. Every villager looks at their neighbours—if their teacher can be tainted, is anyone safe? All of them had spread rumours about what they had seen, but no one believed he would burn.

When the inquisitor stands in front of his home, he pauses. Two cases do not make a pattern, but proof enough of witchblood, he thinks, and knocks at the mayor’s door. Every tainted house needs to be burnt, he says, and the mayor agrees. The inquisitor repeats himself, hoping the mayor will understand his intentions, but he does not, or if he does, he hides it well. Unwilling to be branded an arsonist for doing his job, the inquisitor leaves, but a beautiful song stops him with his hand on the door. He turns to find the source, a siren in the shower, the mayor’s son himself. And the inquisitor cannot divert his eyes.

When the inquisitor burns, the mayor’s son watches. He cradles himself in the everwarm white cloak, his plunder, as he smiles, and his father denounces the inquisitors to this village. Finally free. The whispers around the fire say there shall be no more burnings—they cannot know how many times these arsonists burned others to hide their own sins, how many were innocent. They ignore that the village ordered every pyre, and it takes a day for the inquisitor to vanish, like his ashes, from the village minds. The mayor’s son knows it will happen, and he plans for it. Burning is, after all, such an efficient method for revenge.