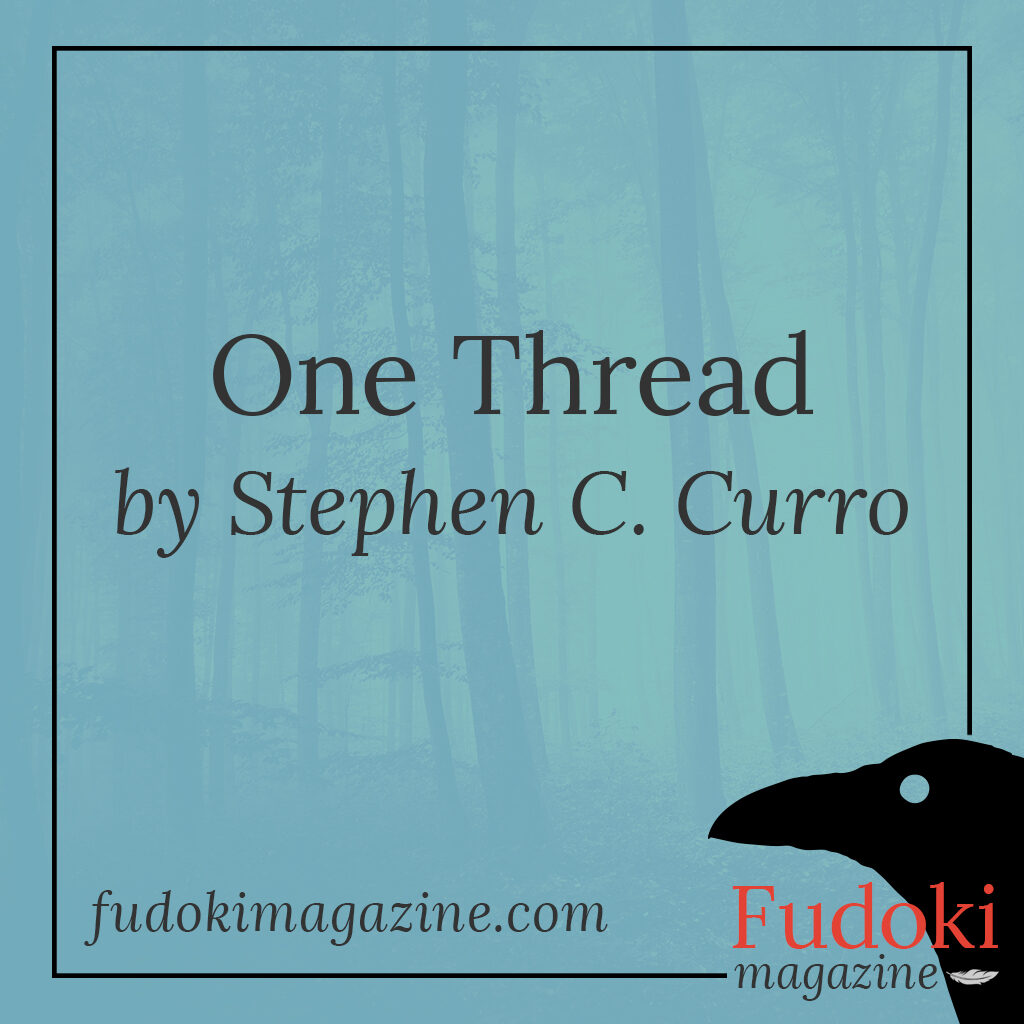 Our Hero is not a hero yet.

He clings to the edge of a cliff not far from his village. He was only out for a pleasurable stroll when he slipped, and now he clutches the rock wall for dear life. But the rocks are peeling from the wall, and a crevasse as black as space wants to swallow him. His breaths are quick, his shoes are slick, and his arms are just starting to give out.  Here, with his fate in a state of flux, he cannot possibly conceive how his actions will shape the world. If he falls, he will certainly not survive. He will vanish into the darkness and perish in the shadows of doom.

An hour later, before anyone realizes our Hero has died, his best friend will make a mistake. The latest of many offenses, he will be banished from the village without aid. In the outside world, he will meet his fate at the hands of villainous bandits.

Oblivious to all of this, a local wizard living in the woods will meditate one evening, undisturbed by the wilderness around him.

Several days later in a nearby city, the leader of a traveling theatre company will walk the streets, downhearted from the lack of business. His troop will limp from town to town until they put on a poorly planned show that spells the end of their performances.

The Princess of the land will happen to attend this final performance, and she won’t be pleased with what she sees.  She will leave, only to be kidnapped by ruffians  waiting outside. She will be taken to the lair of the Dark Lord, where she will be interrogated for a week on the defenses of her kingdom.  Finally, the Princess will be sacrificed on a dark altar to invoke frightening, demonic powers. With this newly acquired power, the Dark Lord’s strength will intensify. Darkness will overwhelm the land, and evil shall reign forevermore.

But fortunately, this does not come to pass.

With a tremendous effort, our Hero climbs up the cliff and to safety. He breaths heavily for a moment and has never felt smaller in this great universe. Once he’s rested he makes his way home.

An hour later our Hero’s best friend disrupts a local parade by accident. The Village Elders have had enough of his clumsiness and banish him. In protest, our Hero exiles himself with his friend. The two thus leave their home behind and set off to make their own way.

Soon after they are attacked by bandits, but their combined strength and wit allows them to escape. Weak and exhausted they wander onto the porch of a meditating wizard, who gives them shelter and a meal for the night.

Two days later they are starving in the streets of a nearby city and in an attempt to earn money, they sing and dance. This impresses a theatre director who just happens to be passing by. Our Hero and his friend are just what this director needs to revive his company. They are recruited and learn the finer arts of singing and acting from their co-workers, as well as swordplay. Through their antics they have crowds cheering and the company is skipping from town to town.

One fateful night, the Princess herself decides to attend a showing. Our Hero’s eyes meet hers and they both feel an attraction they’ve never felt before. She meets with him afterward and their bridge is built, only to be smashed when assailants abduct her. Quickly the Hero fights to protect the Princess. He fails to stop them, but manages to disable a single villain who explains his allegiance to the Dark Lord. Quickly the Hero rallies his friends and they storm the Dark Lord’s fortress. Using cunning over strength the Hero slips past the guards, charges up the winding staircase and challenges the Dark Lord to a duel. The battle is long and arduous but, the actors have trained our Hero well in the art of the sword. At last the Dark Lord is vanquished, the Princess safeguarded, and the realm saved from utter destruction.

Our Hero is but a single thread, without which the whole tapestry of things would unravel. In the thick of our mundane lives, it’s easy to lose sight of the fact that, we are all such threads. We have our place in the weaving of life; our actions ripple across the universe long after we’ve made them.  Do not doubt the light that you can spread with but a simple decision.