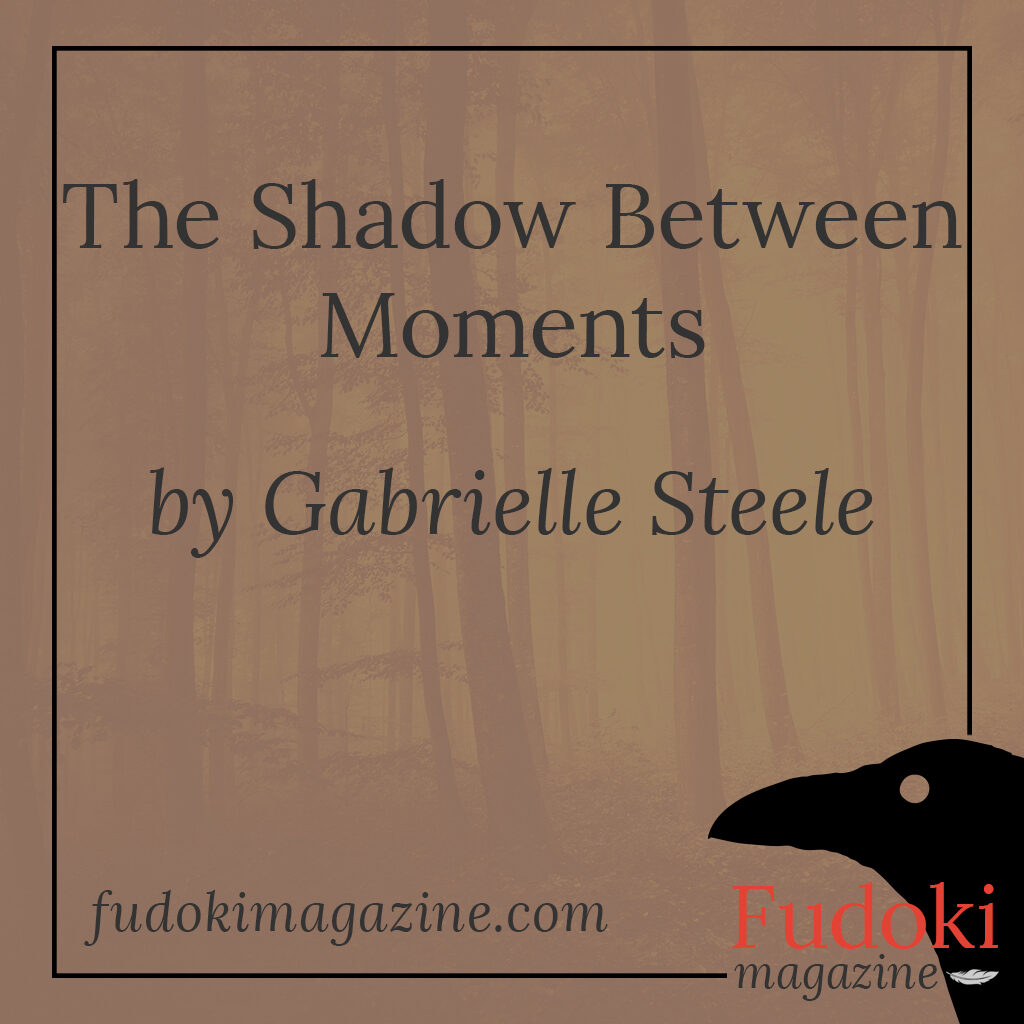 The moment I stepped off the Ferris wheel, I knew I was somewhere else. It was obvious. Really obvious. But my mind tried to deny what lay before me.

Everyone had disappeared, and fog rolled across the funfair. The grey wave swallowed everything in its path. Had anyone stood beside me, I would have lost them to its greed. But I was alone.

Riding the wheel had been self-inflicted torture; a hollow reliving of my first date with my husband. Only a month had passed since the police spoke the words that shattered my world. Broken as I was, I should never have gone there. Not alone. Certain that I was out of my mind, I turned back to the ride.

A shadow rose before me, dark and foreboding, like the thing that crouched over my husband in my nightmares. Cold tendrils of fear tried to hold me fast, but I spun and fled, glad I’d kept up my morning runs. There was no sound except the pounding of my feet and the drumming of my heartbeat, but my cropped hair stood on end. I wasn’t alone. In that moment, the grief-wrought impulse to shave my head didn’t seem such a stupid idea after all.

I sprinted past empty stalls and frozen rides, not daring to slow until my hair stopped bristling. Even then, I ran until my chest was on fire. Ducking behind the shooting range, I gulped in air until my breathing slowed. My eyes darted everywhere, watching for signs of the shadow, but I couldn’t see anything through the wall of fog.

There was no time to question where I was or what that thing had been. The stitch in my side pinched too hard for it to all have been in my head. I had to get back to the Ferris wheel. Back to my world, where I could let grief swallow me in my own way, not succumb to whatever the hell was happening. I needed to survive long enough to see justice for my husband. As thin as that hope was, it was all that stood between me and an abyss of despair.

A rifle caught my eye, and I yanked it free of its ageing tether. Five pellets lay ready for a customer on the counter, as if that world lay between moments of my own. But before I could make a plan, a chill crept down my spine. I grabbed the pellets and ran.

As I tried to get my bearings and spot the Ferris wheel between stalls, I loaded a pellet. The click of the barrel made me wince when I locked it into place. It was deafening without the laughter of children and screams of people on rides that weren’t scary at all. This was scary, and I wanted to get the hell out of there.

I darted from behind a food stand onto the thoroughfare, but the shadow was waiting halfway down. A line appeared where its face might have been, splitting to reveal rows of yellowing teeth. Without pause, I lifted the rifle and forced my breathing to slow, even as the shadow rushed towards me. My finger eased the trigger back.

There was a crack, and the thunderous echo of the rifle’s battle cry threw me into my happiest memory at that funfair. My husband’s smile widening as I shot down all seven targets. His grin when I handed him the giant bear. The tender kiss he gave me, and the warmth of his hand at my waist.

I screamed at all I’d lost, and the tiny pellet flew into the shadow’s mouth, ripping through the other side. The creature stopped dead. With a hiss like a deflating balloon, it faded, leaving me to stare at the fog roiling in its wake. I took a moment to gather my wits. The victory seemed too easy.

Moments later, I walked towards the Ferris wheel. A horrible numbness filled me with each step, my grief dragging me to that blackness where no emotion could reach. The rifle fell from my hand as I stepped onto the ride and took my seat. My presence was like a switch, and with a groan, the wheel began to turn.

When I came to the ride’s peak, the fog lifted. Screams filled my ears – too full of terror to be from a ride. I leaned over the edge of the seat and looked down, but all I could see was a crowd gathered on the thoroughfare. I gleaned nothing more by the time I reached the ground.

Eager to get away, I hurried out of the park, avoiding the packed main routes. It wasn’t until I checked my messages the next day that I learnt what had happened. A man had dropped dead with blood gushing from his mouth, right where I’d faced that shadow. I didn’t know what to make of it.

A week later, the police showed up at my door. DNA evidence linked the dead man to my husband’s murder scene. It was “highly probable” he was the culprit. But they weren’t there to give news to a grieving spouse. They were there to arrest a murder suspect, and I was too shocked to deny it. They hauled me in for questioning.

After a day of numbness in holding, I managed to pull myself together enough to call my lawyer. With the fire she lit beneath the detectives, CCTV footage soon surfaced. It showed me on the Ferris wheel, alone at the time of death. Not long after that, my lawyer made them drop the case against me.

When I walked out of the police station, I realised my frozen world was thawing. The sky was dull blue instead of grey, and the sounds of a world still living didn’t drive me to tears. I knew then I’d be okay, someday. If I lived one moment at a time.