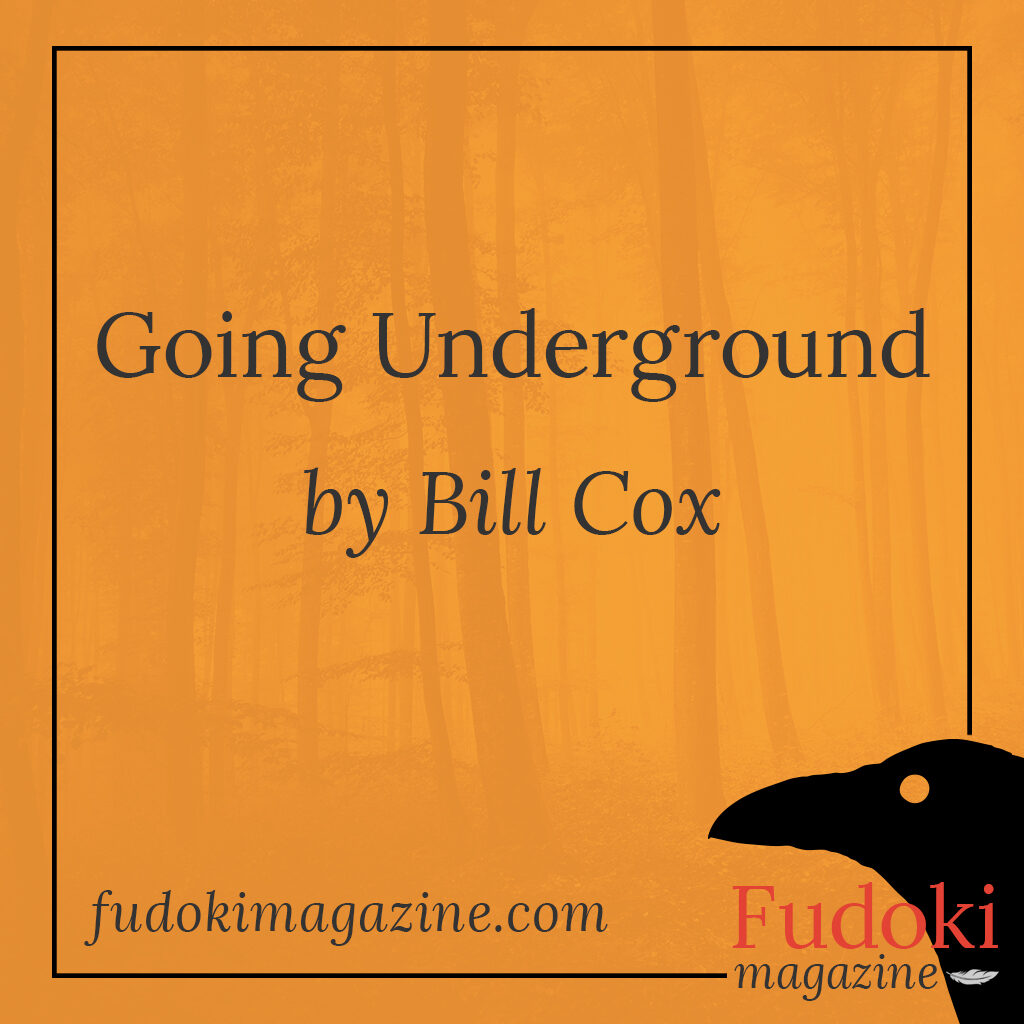 Malcolm’s parents died of starvation in the great famine of ’76 and by rights the four-year-old should have followed them into Eternity. However, the child’s plaintive cries of sadness and hunger were heard by a nearby family of moles, known to be the most empathic of Our Lady’s creatures, and that night he found his weary, semi-conscious form being dragged down into their underground habitat. Malcolm had been adopted by the moles.

Under the tutelage of his new family, the young child thrived in this monochrome subterranean world. He learned the way of the Talpidae, traveling underground by digging through the loam and eating the worms and small rodents that he found along the way. His senses adapted to this new environment and he and his adopted family grew close.

However, despite his enthusiastic adoption of the lifestyle of the Mole, Malcolm’s humanity eventually asserted itself in the form of teenage restlessness and a curiosity about his roots. The movement of people above ground often disturbed his daytime slumber (for he had assumed the moles habit of nocturnal activity) and he found himself increasingly preoccupied with thoughts about his fellow sapiens.

This inquisitiveness came to head one day in his fourteenth year when Malcolm found himself burrowing his way to the surface and climbing out of his hole to investigate the world of humanity. It was unfortunate for him though that this act did not go unwitnessed, and he presently found himself arrested for ‘disturbance of private ground with malicious aforethought.’

As was the practise of the time, prisoners were often purchased from the authorities for their labour. Malcolm’s unusual appearance (spending his formative years underground had made his features very mole-like) led to his being bought by a travelling circus, who placed him in a cage and put him on display as part of the circus ‘Freak Show’.

He endured his captivity under the banner of “The Marvellous Human Mole”. Sitting listlessly in his cage, he was not a popular attraction until one day an argument between two roustabouts revealed the extent of Malcolm’s altered senses. His enhanced sense of smell was such that he could detect the miniscule amount of excess sweat generated by a person in the act of telling a lie. Seeking to resolve the conflict between the two circus workers, Malcolm was able to determine the relative honesty of each party’s claims and thus end the dispute.

The entrepreneurial owner of the circus recognised a business opportunity when he saw one and soon every village the circus passed through would provide their accused to be interrogated in front of Malcolm’s cage. Everyone who was suspected of some crime, misdemeanour or other misconduct had to account for themselves in front of Malcolm, who would then indicate whether their explanation was truthful or not.

It will come as no surprise that by this time Malcolm had had his fill of the surface world. Having the worst of humanity brought before him daily and having to listen to the disputes and arguments of all and sundry caused Malcolm to fall into despair. He understood now that human civilisation, such as it was, held nothing for him and he longed to return to the damp earthiness of his underground home. Trapped by bars of iron though, he had no way to escape.

One night however, a mound of earth appeared outside his cage and to Malcolm’s delight his adopted family appeared. They had been searching for him for months and finally their search had borne fruit. Outraged at their foster son’s imprisonment, but unable to free him from his cage, a plan was hatched. The moles began to follow the circus on its travels around the towns and villages of the region. At every stop, they would begin burrowing underneath the settlement, causing sinkholes to appear beneath houses, shops, churches and taverns, with disastrous results. Word spread throughout the mole community, reinforcing this epidemic of structural damage.

Before long the link was made by citizens, between the travelling circus and the outbreak of sinkholes plaguing the land. The circus was banned from every town and its owner imprisoned by the Honourable Association of Architects, who held great sway in the country. As the business collapsed, Malcolm found himself released from his captivity.

Turning his back on the human world that had birthed him, he clawed at the soil with his elongated fingernails and burrowed down into the damp earth, once again breathing in the humid air of his subterranean home.

Malcolm returned to a joyous welcome from his family. As he held them tight, and with tears running down his cheeks, he spoke to them of the truth that his adventures had taught him.

“My human mother may have brought me into this world,” he said, “but it was my adoptive family who gave me life.”

With that, an exhausted but happy Malcolm settled down to sleep in the comforting bosom of his true family. He was, once more, safe and at home in the warm, dank embrace of Mother Earth.