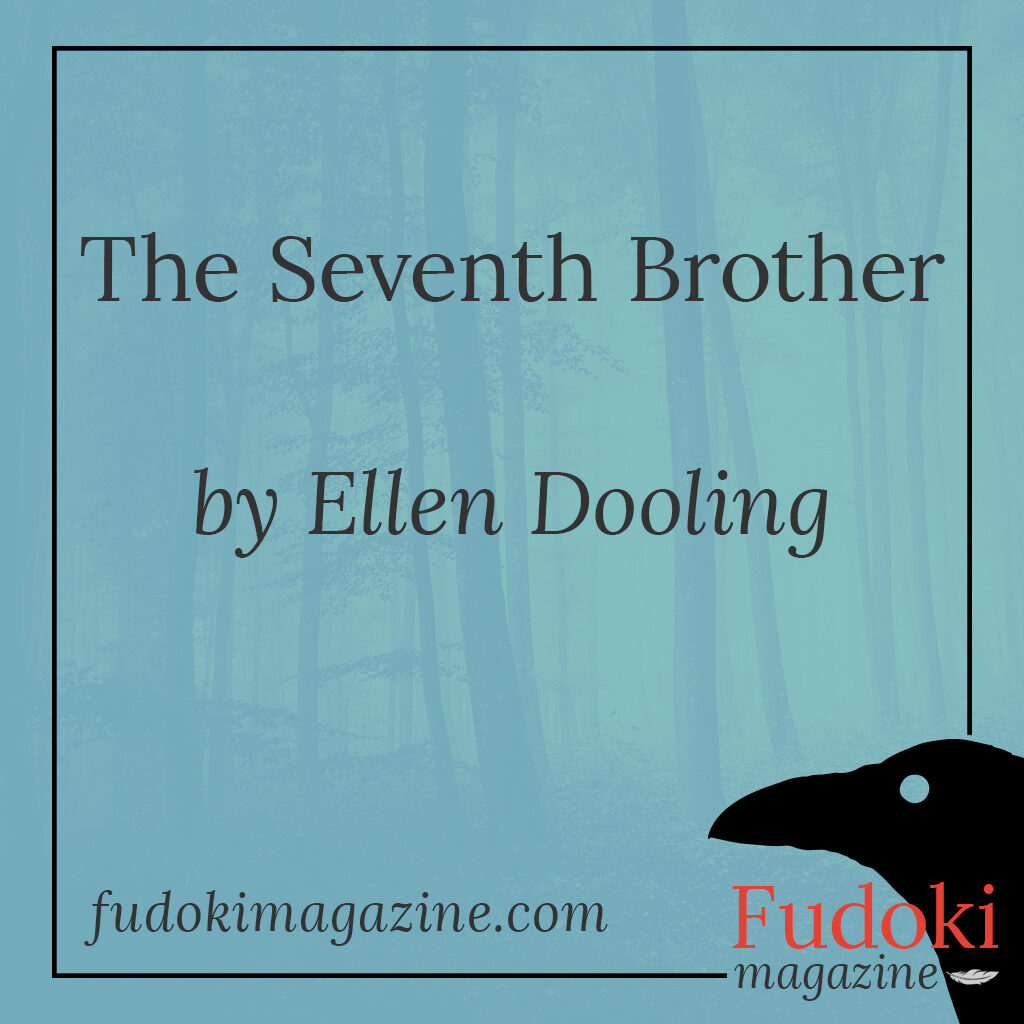 “What’s wrong with your arm?” Gwendolyn asked, stepping back and regarding Richard curiously.

Richard sighed, resigning himself to another awkward scene, which happened every time the family members of important visitors were obliged to socialize with him and his little sister Rose.

“Tell me your story,” Gwendolyn said.

They sat down on the garden bench, and, halting in embarrassment at first, then with more force as he proceeded, Richard told Gwendolyn the tale of bewitchment and sorcery, in which he and his six brothers had been turned into swans by their wicked stepmother Brunilda. Richard’s older sister, Elisa, had released them from Brunilda’s spell by weaving seven magic shirts. Elisa had not been able to finish the seventh shirt, so it had but one sleeve. When the spell was lifted, the seven brothers had regained their human form, and Richard was left with one wing instead of an arm.

By the time Richard finished telling his story, Gwendolyn was holding his right hand, her eyes filled with tears. Richard looked down at their clasped fingers, and blushed, then let go of her hand to wipe away her tears.

Since Gwendolyn’s father brought his family to visit often, Richard and Gwendolyn had the opportunity to fall in love. Richard almost forgot his affliction, so loving and sympathetic was Gwendolyn.

Over the next three years, clouds of war gathered across the ocean, where the tyrant Luthor was attacking all the surrounding countries. The armies marched, fields were burned, and warships dotted the seas.

“How will we know if the armies approach us, and what shall we do to prepare?” Theodore asked.

Richard, now grown to handsome manhood, replied, “You must mobilize our brothers and their communities. In the meantime, if I could only fly again as I did when I was a swan, I would scout the skies and warn you of the approach of the tyrant Luthor.”

Young Rose heard her brothers’ conversation, and then ran to her workshop. She had amassed a good collection of nettles over the years, and had learned to weave as skillfully as had her sister Elisa. So now she fashioned a wing-shaped web, and gathered all the feathers she could from the wrens and sparrows. She wove the nettle strands with the feathers into the web.

“Richard, come see!” she called out, “I have made you a second wing so you can fly again.”

Richard fitted the structure over his shoulder, then began to practice, flexing and gathering his winged left arm, teaching his human right arm to make the same movements. He ran across the field, raising and lowering his wings, until a strong breeze lifted him into the air. At first his take-offs and landings were clumsy, but within a few days, he was able to soar up into the sky, circling in the wind currents.

In the meantime, the other brothers and their families returned to help. With Richard as his scout and his other brothers serving as his generals, Theodore mobilized a mighty army of well-trained fighters, and a bustling town grew up around the home estate.

One day, Richard rose early and took flight. Soon he saw, on the other side of a range of hills, an approaching army bearing the dreaded flag of a white skull on a red background. The tyrant Luthor was on his way.

Richard sped back through the crystal air and called to his brothers, “Here they come! They will pass through the valley between the hills, if you hurry you can cut them off!”

Sir Theodore quickly readied his army. They set off in silence, no drums nor trumpets announcing their presence, and surrounded the exit from the valley.

Soon the clank of marching, the snorting of horses, and the rumble of war machines echoed through the air, and a column of marauders marched from the valley’s mouth.

It was a fast and violent battle, with many casualties, but Sir Theodore’s army prevailed, the tyrant Luthor was killed, and all the countryside rejoiced. Knights, nobles and kings from all the countries came bearing gifts of gratitude to Theodore, Richard, and their brothers.

And Richard, with one last longing look towards the horizon, removed his artificial wing and accustomed himself again to his life on land. Meanwhile, young Rose slipped away quietly to her loom, where she wove the remaining nettles into a shirt sleeve of the softest touch. When she had finished, Rose sent messengers to her family and to Gwendolyn and her father, telling them to come at once. Soon they were all under the same roof, and Rose called everyone together, saying, “I have spun the finest yarn out of the nettles of the fields, to make this magic sleeve. Now, you must close your eyes and wish with all your heart and soul that Richard might at last have an arm to replace his wing.”

A great silence fell as all those present closed their eyes and concentrated their energies into one huge wave of love for Richard. Rose cast the sleeve over Richard’s wing.

In the humming silence, an aura of light surrounded Richard. A great weight fell from his left side, and he looked down and saw a muscled human arm, ending in a hand with tapered fingers.

He turned to Rose and gave her a kiss of gratitude. Then he walked over to Gwendolyn, went down on one knee, took her right hand in both of his hands, and asked her to be his wife.

And then, as all such tales conclude, they were married and lived happily ever after.

Or, did they? Did Richard continue to cast his eyes longingly at the heavens?

If you wish to know the answer to that, you will have to find another teller of tales. For I am Richard himself, and my tale shall only be told by others, long after I am gone.