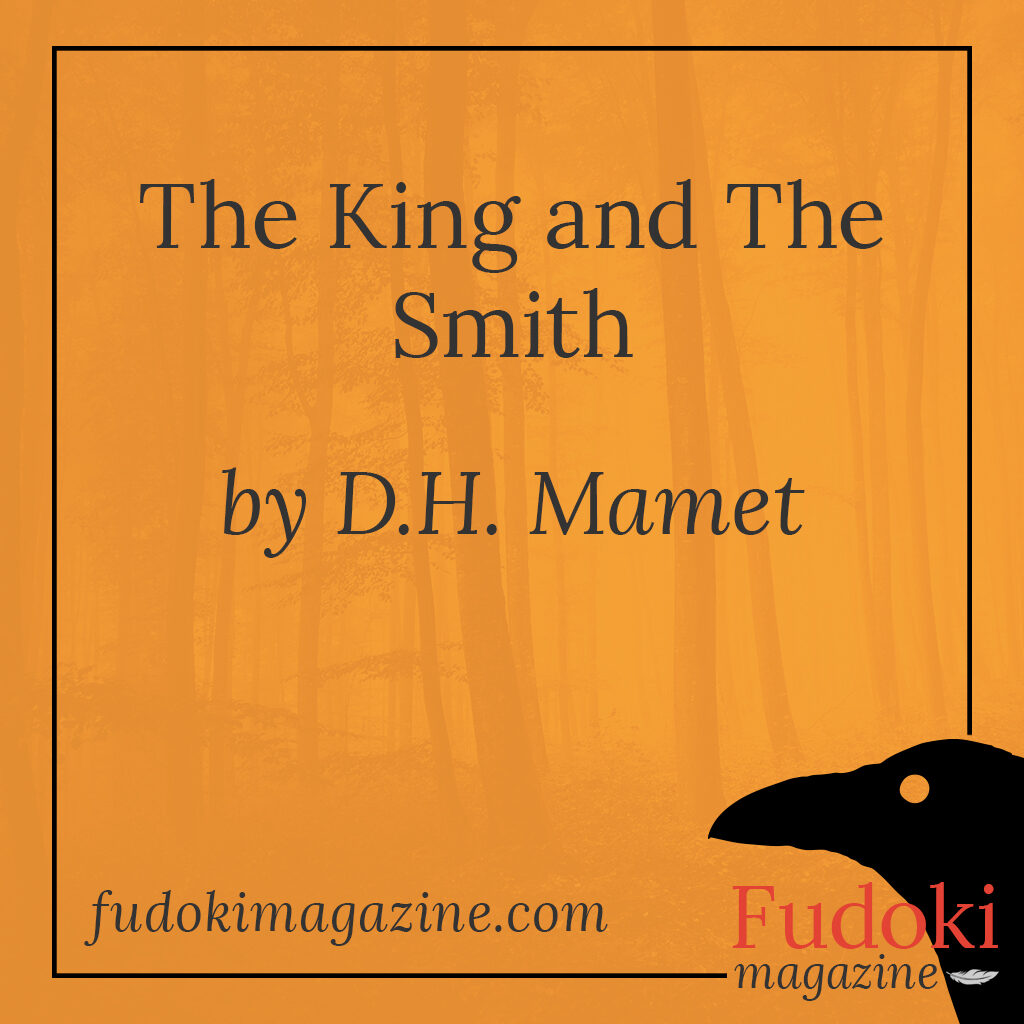 As we all know, castles are comprised of many grand rooms. Ballrooms, dining rooms, reading rooms, war rooms. King Cerano’s castle was like most palaces in the land, but with an interesting addition.

You see, King Cerano liked to watch people. He did not enjoy spending time with them—he found people troublesome and dull—but he enjoyed observing them when they thought themselves out of view.

On the day of his coronation, a powerful witch cast a spell on the central foyer of his castle—the room where guests waited to be admitted into his royal presence, mingled before their summons to dinner, dancing, or sometimes, death.

It was a spell of change and concealment. If a ball was planned, the foyer was magically festooned with banners and drapery. If a prisoner waited, hard benches would line the darkened walls.

If, however, the King or any of his line entered the waiting room, then the concealment spell rendered them invisible.

The King delighted in his gift for many years, listening to gossip and revelling in his subjects’ secret lives, however, the more he enjoyed invisibility, the less pleasant he became, and his subjects found more and more reasons to decline his invitations.

In his thirty-second year, a terrible illness struck King Cerano and he was dismayed when not a single person visited him. The King felt death close and without friends to comfort him, he summoned the witch for help.

She agreed to cure his sickness, but there was a cost. He must amend an injustice committed in his youth.

Having little choice, the King agreed.

The King’s health improved and true to his pact, the very next day, King Cerano stood concealed in the waiting room, ready for the arrival of Roland the blacksmith’s son – the boy he had banished from the kingdom all those years ago. He remembered it clearly.

At the age of seven, Prince Cerano witnessed a terrible scene. It was an argument between his father, King Edward the Mighty, and a local blacksmith. Through the thin curtain of his father’s carriage, Cerano watched the disagreement escalate until the Smith raised his sledgehammer high above his head. Before he could strike, The King ran him through and the Smith fell in the dirt and died.

Shaken but alive, the King took two possessions from the Smith that day – his hammer and his orphaned son.

It took two stewards and a coachman to lift the massive trophy onto the carriage, and for the rest of the trip home, the hansom listed heavily to one side with the weight of the hammer.

The wide-eyed boy was taken to the castle where he was to be Prince Cerano’s playmate, but the child was strange and silent. He hardly spoke and knew none of Cerano’s games. While the young prince tired of Roland quickly, he noticed his father growing fonder of the boy each day. A cold jealousy came over Prince Cerano.

One night, Cerano hid a sword beneath Roland’s bed. In the morning it was found—rather conveniently by Cerano’s chambermaid—and an uproar followed.

King Cerano stood behind the waiting room door when Roland entered.  No longer a boy, the Smith had massive gnarled shoulders and the thickest neck the King had ever laid eyes on.

“By the Gods of War…” the Smith uttered, his eyes transfixed on the waiting room wall, for there hung every kind of weapon imaginable.

Roland lay down his hammer, tongs and swage block on a seat and the wood groaned under the weight of the iron tools. He examined the collection of swords, and the shields of all twelve families of the realm. King Cerano made his way silently across the room, shadowing his guest, his stomach in knots. How long before the commoner saw his father’s sledgehammer?

Roland finally reached the weapons used to crack heads open in battle—maces, axes, clubs, hammers—and he stopped. The King froze behind him. The Smith looked at the burnished bronze head of the largest sledgehammer and his shoulders rippled.

With one hand, he took his father’s sledgehammer off the wall and wielded the mighty weight, turning on the spot, then his eyes fell on something and he stilled. It looked for all the world like the Smith was staring directly at the King, but that was not possible.

The Smith lowered the head of the hammer onto the floor and bowed.

King Cerano looked behind him. Who was he bowing to?

“Majesty, I am at your service.”

The small, rumpled king leapt back with a terrified squawk. “You see me?”

“How is that possible?” The King edged forward. “The magic in this room makes me invisible to all but my own…line…” The King stood dumb and realisation dawned.

The Smith’s eyes dropped to the hammer and he said, “I understand now the argument I heard the day my father was killed…We are kin, are we not? We share a father.”

The King’s face turned purple and his hands scrunched into balls. He cursed his father and the fates. He shouted at the Smith and befouled the name of the witch who cast the spell.

A crack of thunder split the air and the witch appeared in the magical room. “You curse my name after the years of joy I gave you?”

The King quaked and covered his face.

“Don’t you see this chance for family, for security in your kingdom?”

Fury washed through his limbs. He glared at her. “You too?” the King bellowed. “You like him better than me?”

“You are nothing but a prideful and jealous man.”

She waved her wand and a cloud swirled in the room. When the smoke disappeared, Cerano was gone and Roland wore the crown.

The Smith looked down at his father’s hammer. “I will make you proud.”