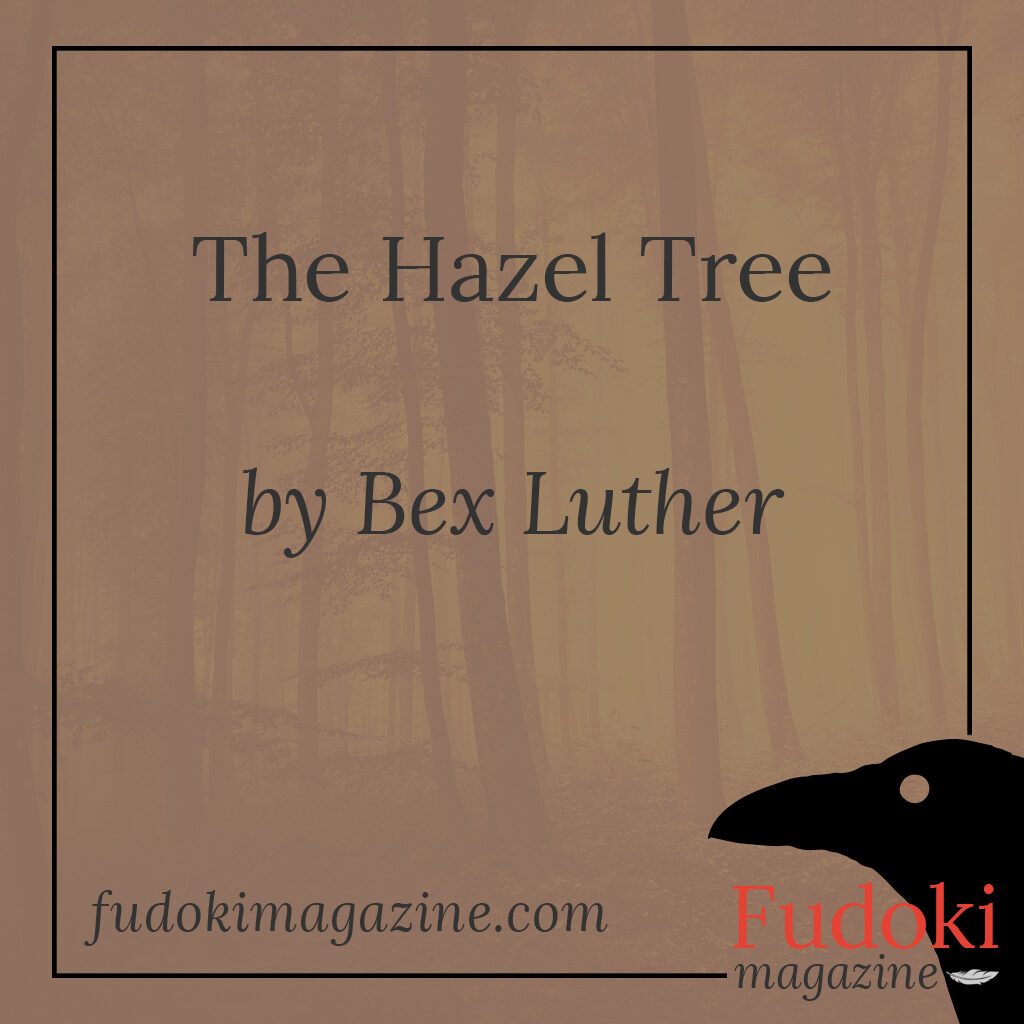 Doug sat at his kitchen table pulling splinters from the angry cuts on his hands. He’d counted five but he kept spotting more. He’d borrowed Mary’s tweezers and as he extracted each woody spine, he placed them carefully on a piece of kitchen roll he’d lain next to his mug of tea.

“That tree put up quite a fight,” Mary said as she watched on.

“Aye, it did. Didn’t want to go.” Doug pulled free what he thought was the final splinter and held it up to the light from the window.

“Make sure you dab some TCP on those cuts, you’ll not want lockjaw at your age.”

Doug gave her a smile and stood to look out into the garden. The trunk of the hazel tree which he’d spent the day taking down lay in sections on the lawn. The branches lay neatly trimmed and piled to the side. The stump remained. That would be a job for another day.

It was a shame that a healthy mature tree like that had had to be removed but Doug wanted the space for decking. A place to sit out with grandchildren on a sunny day. He’d bought a pair of hardwood deckchairs and had retired to the shed the hammock that had hung between the tree and a fence post. He was tired of clearing the detritus of nuts and leaves from the lawn each autumn.

He drained his tea and felt satisfied. His weary body told him he’d sleep well tonight.

As his bedside clock ticked past 3am, Doug knew he wasn’t going to sleep well. While his body yearned for slumber, his brain ticked over like the engine of his teenage moped. There was a formless anxiety driving his thoughts. No matter how he tried to clear his head and sink into rest, his mind returned to disjointed fears of loss and odd disconnection.

This was no good. He eased himself out of bed, careful not to wake his wife, and put on his slippers. He walked out on to the landing and down the stairs, avoiding the creaky floorboard. A mug of warm milk was what he needed. While he sat at the table waiting for his milk to heat on the stove, he peered out into his garden at the remains of the tree.

“Problematic, huh?” said a tiny high-pitched voice over his shoulder.

Doug felt his body try to shake itself out of his skin in fright as he leapt to his feet, crashing backwards into the kitchen cabinets as he spun around. As his heart beat itself near out of his chest, he at first couldn’t see anyone there who could have spoken to him.

“Where am I going to find my grubs now, Doug?” The voice terrified him. It was like two tiny cymbals, but it rang with hurt.

His eyes scanned the moonlit room wildly while his body and head remained frozen.

“I’m up here on your bookshelf, Doug.”

Doug looked across the length of the shelf until finally, clinging to the spine of a recipe book, he could make out a small greyish bird. It stared at him patiently. It was a nuthatch. Doug couldn’t say a word. His mouth moved once or twice but remained silent.

“You chopped down our tree, Doug. We liked that tree. It gave us food and shelter and a place to nest our young. Now we’re screwed.”

Doug found parts of his body unfreezing and he slowly reached for a potato masher hanging from a utensil tree on the worktop behind him. His eyes never left the nuthatch.

“You can’t mash a nuthatch. We’re unmashable.” It cocked its head to one side and then fluttered alarmingly towards Doug. He put his hands, masher and all, up to his face and squealed. The bird landed on his dressing gown lapel and Doug flapped his hands ineffectively at his chest. The masher went flying and he scrabbled back towards the outside door, his chin doubling as he frantically tried to look down to where the bird was gripping on to him with its tiny claws. He felt coat hooks on his shoulder blades as his back pressed against the wood.

It released its grip and fluttered up to Doug’s eye level, hovering like a slightly dumpy hummingbird.

“The guys and I have a proposition for you”.

“The guys?” Doug managed to squeak.

“Yes, the guys. The creeping, crawling, squirming, flying, climbing, fluttering multitude. The horde who lived on and in that hazel tree. We need you to do something for us, Doug. We need a place to be.”

The nuthatch flew so close to Doug’s nose that he could feel it’s breath and the beat of its wing tips. Doug felt himself go limp and he slid groggily and noisily down the door until he sat inert and heaped on the tiled floor. The milk pan boiled over.

Mary watched her husband standing out on the lawn where the hazel tree once stood, drinking his tea. It’d been three days since he had spoken. She was scared. Doctor was coming over at noon which reassured her a little. Had he had a mini stroke? All Doug had done for these last few days is stand silently out on the lawn. He’d shown interest in nothing. He’d even missed Gardeners’ Question Time on the radio. She wrung the tea towel in her hands and watched him.

Doug stood holding his mug as still as he could. The nuthatch was crawling up his back, picking at his flaky skin. Aphids and weevils climbed the hairs on his head and tapped into the veins on his scalp and spiders busied themselves in his armpits. Inside him, he could feel small worms and termites burrowing their way through skin layers and into the muscle inside. Flying ant day was near and they were preparing the squadron in the forest of chest hairs. Doug felt his toes burying themselves in the soil.