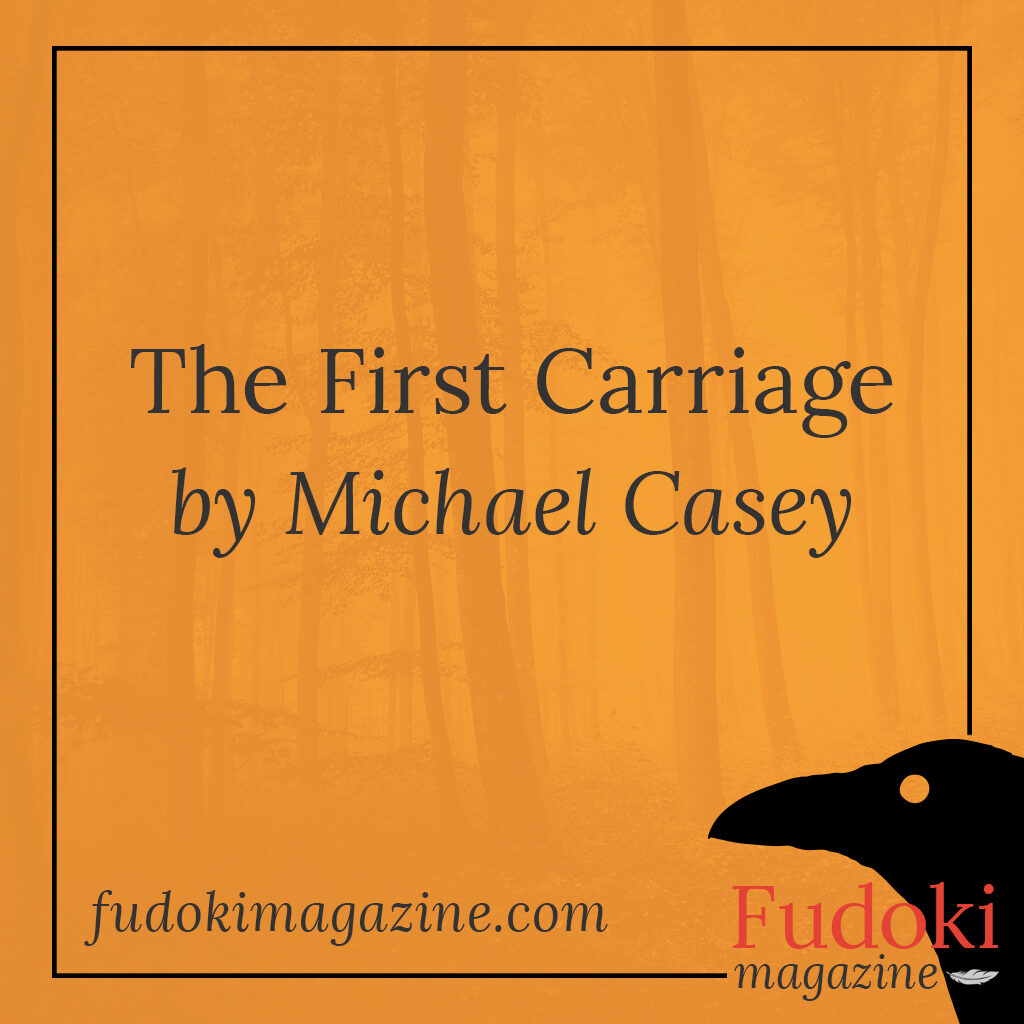 The train stopped as he arrived at the platform. The doors slid open so he boarded and took a seat by the window. There was only one other passenger in his carriage; a woman around his own age who had long wavy red hair that fell down to her shoulders, and even redder lipstick on her lips. She was dressed like someone who worked in a funeral parlor.

When he looked over at the woman she took advantage of the opportunity and smiled at him. Why she did this he wasn’t quite sure, but he intended to find out.

“You look as if you would like to speak with me.” He said, a grin forming on his face.

“You need me to speak with you.” she replied.

“You need to know why you’re here.” Said the woman. “Why you’re on this train.”

He raised his eyebrows. “I already know why. I’m on this train because I need to get to…”

His mind froze. Why was he on this train? The reason had somehow escaped him.

The woman’s smile grew. “You’re no longer alive.” She said bluntly. “This journey is your afterlife.”

He laughed without mirth. “What do you mean? I’m not dead. I came down here because…”

Once again his mind froze. He couldn’t recall entering the subway station in the first place, nor could he remember how he’d arrived at the platform. It wasn’t one he’d ever been to before.

“I think I’ll get off at the next station.” He said, his voice shaking.

“There isn’t going to be another station. The train will keep moving forever.”

Another mirthless laugh. He rose to his feet and stormed over to the middle door. “This is absurd. I’m alive. I can remember my….”

What could he remember? His name, his home, his friends and family, his goals and his past; all were presently occluded. He waited by the door. Time passed. A station whizzed by after a while but other than that nothing was seen outside the train, nothing other than the darkness of the tunnel.

“I’ll go to the first carriage.” He said, turning to face the woman once more. “I’ll make the driver stop.”

He grunted defiantly and made his way along the central aisle. There was no one in the next carriage along, nor were there any in the others he passed through. He journeyed through the train for what seemed like eons before circling back to where he’d begun. The woman was still sitting patiently in her seat.

“How did you get ahead of me?” He asked desperately.

“I’ve always been ahead of you.” said the woman, her serene smile immoveable. “You see, there is no first carriage, just as there is no last. This train is a loop.”

He fell to his knees. He knew that it was true. No longer could he deny the cold, hard reality of his situation. He had lived a life that was now forgotten. There was nothing left for him to do but scream and weep, and so he did.

The woman got up and walked over to him.

“Don’t worry.” She said, placing her left hand on his right shoulder. “You still have me.”