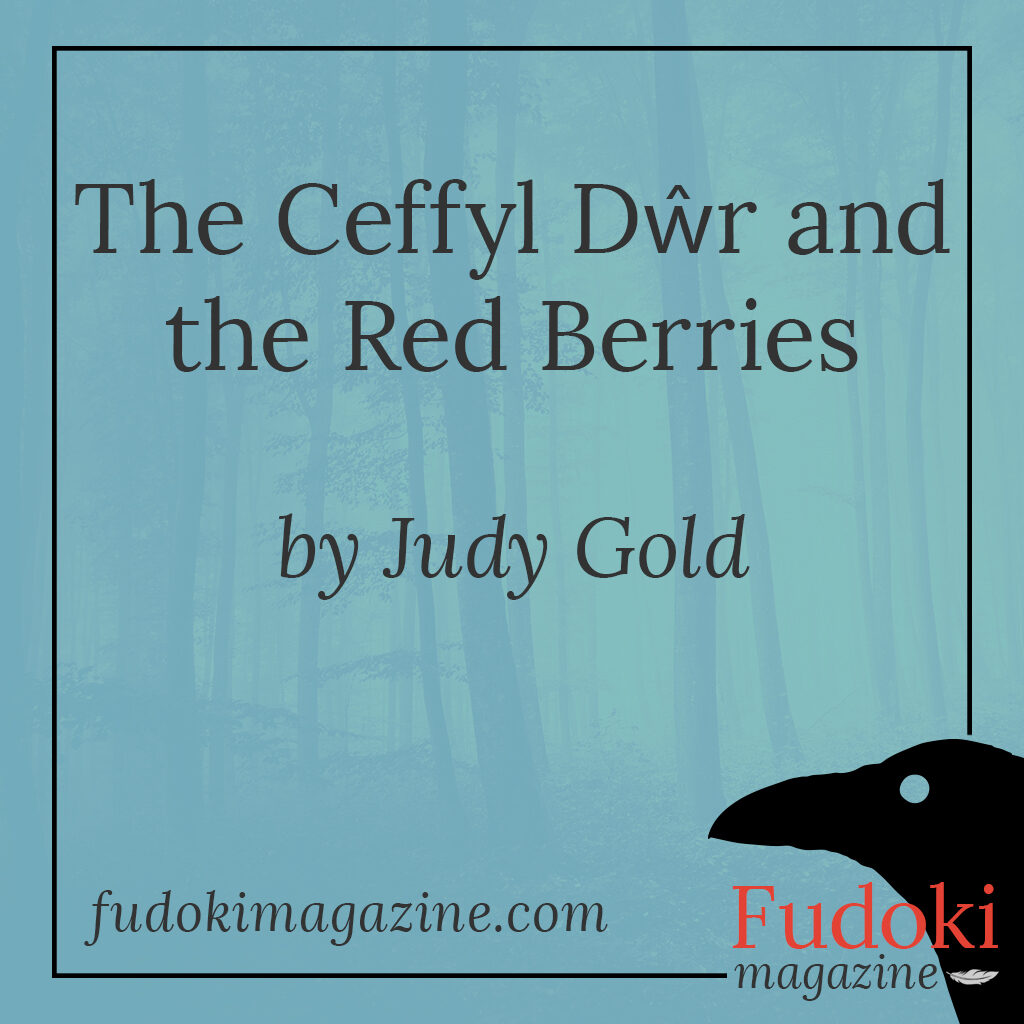 Bronwen dropped her axe at her mother’s scream and ran to the homestead. Her mother was lying on the floor.

“It was the Ceffyl Dŵr. Your mam must have taken it for an ordinary mare, for she jumped on its back,” said Bessie. “As soon as it lifted off the ground, the mist cleared, and there was no horse beneath her.”

Bronwen had been warned about the water horse by her grandmother. How could her mother have fallen for its trickery?

She noticed the goodwife. “How is it, Mother Bracken? Will she be alright?”

The withered old woman shook her head. “The mist was low today, so she didn’t fall far, but she’s in a magic coma. The only thing that could bring her round would be berries from the rowan tree up the mountain, and no man has climbed that for years. I’m afraid you’ve lost her, my girl.”

The villagers tried to dissuade her. Bronwen listened. Perhaps she should give the idea up. How could a mere maiden manage where grown men had failed? She followed as they carried her mother inside and lay on her bed.

“How long will she have if she doesn’t get the berries?” she asked Mother Bracken.

“But the berries could save her?”

“Oh yes.” The goodwife carefully removed her large black hat and placed it on the bed.  “Will you go?”

“Then listen carefully,” said Mother Bracken. “What’s made of mist, lives in mist, and can be used in mist. But be careful, for mist is a treacherous thing.”

Bronwen shook her head. The riddle made no sense and she must set off at once.

She tied her long tresses out of the way, dressed wisely and packed a supply of food and drink.  The path was a gentle climb to start with but as the track began to narrow it also became steeper. Bronwen started to climb. She looked at the tiny houses below and pushed herself in against the mountain and away from the sheer drop.

She was scrambling on hands and knees now. And then she slipped. She clutched wildly at anything that came to hand – jutting stones, tufts of grass – but she was going down. Scree slid beneath her feet and more than once she nearly went over the edge. Eventually, she slowed to a halt. She was bruised all over and sat surveying her situation. She was almost back down to the lower slopes. She couldn’t go on alone. She would head home and be with her mother for her last few hours.

But Bronwen was reluctant to face the villagers knowing she had failed. She sat down on an outcrop of rock and began to eat some of her food. A large black dog appeared from nowhere. Absently, she broke off a bit of her bread for it. When she set off again the dog came with her, but each time she started down towards the village it nudged her back up the mountain. When she tried to object, it snarled at her and it was a big dog. This time, as she reached the narrow, slippery part, the dog began to help, pushing from behind to keep her going. They rested whenever there was a level rock wide enough for them both.

Up and up they climbed, until finally they emerged the mist cleared and there was the rowan tree. Its berries were red and bright, yet her heart sank for it was growing on a giant boulder. Bronwen circled it but could see no way to get at the tree. She sat down and wept as the mist returned.

All at once there was a whooshing sound and there before her was the Ceffyl Dŵr, the cause of it all. She stood up ready to kill the creature, but the dog leapt between them. She couldn’t kill a beast made of mist anyway. And then she remembered the words of Mother Bracken. Carefully Bronwen approached the animal. It stood placidly, but if the mist cleared, as it had for her mother, the creature would dissolve and Bronwen would plunge to her death.  Even so, she climbed on and grabbed its mane, steering it up and over the rowan tree. Holding tight, she reached down and gathered the berries. Then rose again.

But she couldn’t see the line where the mist cleared from up here. What if she came upon it by accident? She steered the beast deeper and deeper into the mist and lost all sense of direction. Her hands became numb with cold, and she was afraid she would soon lose her grip. Had it all been for nothing? Then out of the gloom she heard a bark. Quickly she turned the horse towards the sound and was soon in sight of the dog. She leapt from the horse’s back, just as it faded away, and landed safely on the narrow ledge beside the black dog.

The journey down was tricky, but the thought of her mother spurred Bronwen on. Night had fallen by the time they made it to the grassed slopes. Bronwen took off her coat and laid it on the ground. She turned to the dog, but it was gone. She couldn’t see it anywhere. She called and still it didn’t come. So, she sat alone on the coat and slid down into the village.

Everyone rushed towards her.

“Don’t feel bad,” they said. “No girl could be expected to do a climb like that.”

Bronwen opened her hands and showed them the berries.

The goodwife approached, her tall black hat back on her head. She took the berries from Bronwen and, in no time, mother and daughter were in each other’s arms.