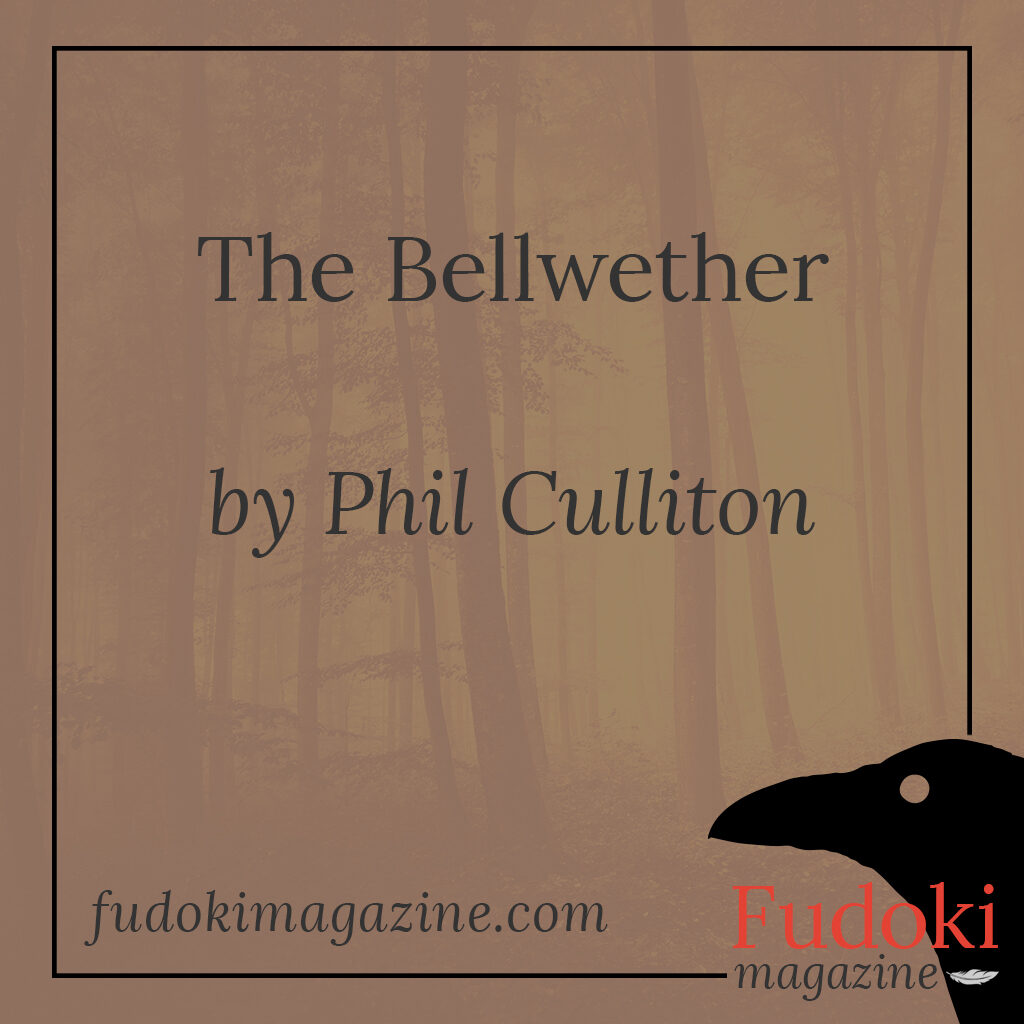 Tim sat at the small, round wooden table near the door of his one room cottage and looked at nothing in particular. The morning light had long since given way to afternoon, and the breeze came in through the mud-daubed cracks in the walls, carrying with it the scent of the drying meadows just outside, and for a long time there were no other sounds, except for Tim’s slow breathing.

After a time that Tim could not and would not ever properly measure, the sun bent low and threw a reflection in his eyes, and for the first time that day Tim looked up, at the place above the mantle. A massive head hung there, the skull of a fully grown Gaxvanax, and below it the bastard sword that had separated the head from its owner.

Tim had done that, long ago, back when his horns were still growing and his wool was not so stiff, and as he looked at the dead thing, and the weapon that had created it, he pointedly ignored: the small hard brush and wooden basin that Miranda had used to groom him, to smooth out his snarls, to clean his long graying beard. The breakfast of oats and grass, scattered in haste amidst overturned chairs. The trail of scarlet that had slowly darkened in the heat, and led to the door, still ever so slightly ajar.

Tim did not look at these things, and he didn’t think about them. Instead he stared at the horned bear’s skull above the fireplace, the fangs as long as his own short legs, and the worn leather of the bastard sword’s rain-guard. As a young ram, he had called it Bellwether. He had marched across the continent with his fellows, with Bellwether slung across his back, and he had been unstoppable.

The shadows grew, and the day did not, and Tim smelled it coming, dust and old rock, copper and rot.

It had come for supper.

He stood then, levering himself to his hooves, joints crackling, old pains climbing slowly through him like a fat autumn squirrel through thinning branches. The chill night air caught him as it swirled past, a proper wind now, and he shivered after the warmth of the chair, and listened to the sky. Thunder soon, he knew without thinking, and beneath that thundering sky, something more.

Slow, steady footfalls, too many. The swish of long hair in the wet wind.

It was eleven short steps to the mantle. Tim had spent half his life walking to the fireplace and back. He had done it in his sleep. He had lain, sick in bed, while Miranda lit a fire there for the children’s dinner.

He felt the cold hearth watching him, waiting for her.

The footfalls stopped, close and loud, the smell of the caves overpowering, a distinct scent just above it that Tim could place but refused to identify. Something scraped against the far side of the house. A leg, perhaps. Old blind thing, Tim thought, a red spark flashing across his mind and burning out just as quickly. He had sympathy for it. The winters had been hard. They, and the long war, had taken its brethren and its food and left it to die alone.

The scraping sounds moved slowly, around the outside of the cottage, past the little brick chimney that Tim had built with his brothers back when their lambs had still been tottering on shaky legs, their ewes nursing and telling tales and pounding out grain for the bread. His brothers were gone, the lambs grown and gone adventuring, or dead in the wars. And Miranda.

The first thunderclap shook the house, the clouds directly overhead, and the flash that followed threw a shadow through the doorway that filled the far wall, each leg outlined in perfect clarity. Tim did not look at the shadow, nor the thrower. He watched the mantle, the skull now perfectly hidden, nestled in the gloom, mocking him, testing him, as it had when the bear king was alive.

The Gaxvanax were gone, driven south of the Vent and away from the Stairs. They had vowed to return and wreak their vengeance, of course: threats were air for the Gaxvanax. The skull above the mantle had meant long blessed summers without worry. His hooves shook.

Another flash, and the shadow had grown to fill the doorway now, the door sliding silently away as the great blind head slipped inside, its many sightless eyes as gray as the hairs jutting from its dull black carapace.

It had been beautiful once, Tim knew. He had seen it from afar when it was young, had built fences, long past need of mending, to keep it away from his fields. Its mane had floated lazily in the breeze, its legs long and thin and spindly. It had galloped across the horizon with the rest of the herds, back when the caves had been full, before Arth’en-fawr had called them to their doom. Tim wondered if this one had been left behind then, and a sharp ache filled his chest.

It snuffled, then, moving air across its mandibles, and gingerly slid an endless leg past its head and into the cottage. The leg was oddly bent, and did not seem to hold weight. Tim watched dispassionately as a second, third, and fourth leg followed it, scraping the dirt floor.

Its thorax was too large to fit through the doorway, and as it strained to pull itself inside, fangs caked in sticky blood, Tim wondered how it had ever snuck up on Miranda. She would have smelled it coming, awakened him, long before it crossed the threshold.

It noticed him then and turned its head, mandibles working, just a few paces away. Long ago it might have roared and snapped, tried to grab him. Now it simply waited.

Or just a few.

And took a step.