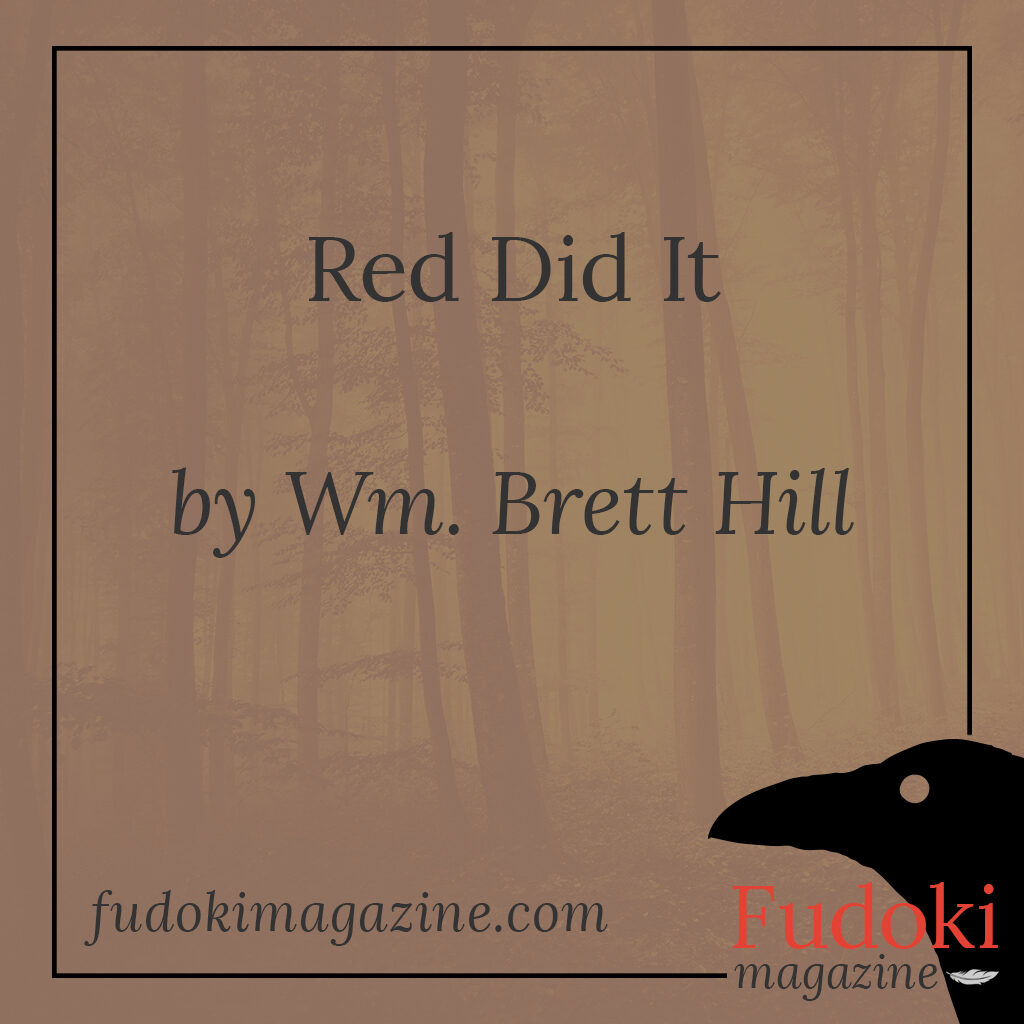 She could smell him, lupine musk marking every branch, every leaf, every inch of the ground.  It turned her stomach, made her want to destroy him even more if only to bring back the petrichor of yesteryear, before his hunt destroyed the peace.

The overladen basket pulled down on her arm as if to ground her, to hold her into place until the time to act was on her.  It was difficult to swing it back and forth, feigning innocence and weakness, tempting his insatiable belly.

“Oh, I do hope Grandmama is well enough to eat today,” she said aloud.  She could hear him breathing, just on the other side of some overgrowth, panting with barely-controlled yearning for the taste of her blood.

“Don’t go out there alone, ever,” her father had told her.  “Until the wolf has been defeated it’s not safe for a wee girl like you.”  His words spun through her head, swirling in a feverish pitch until they drove her anger.

The men had all given up.  They had marked the forest forbidden and said there was nothing to be done as they wrung their hands and looked at the ground.

A low growl began to build from the beast’s throat, a malevolent signal that his patience had ended, that it was time for him to feed.

She felt the hackles on her neck rise, felt her muscles tense in preparation.

“You’re just a wee girl.  That thing would have you for a snack,” her father had said.

She turned huge, innocent eyes toward the bush as it erupted with activity.  The beast soared into the air, teeth and claws and matted fur bearing down on her with a single unified purpose of death, its eyes full of unrestrained malice.

“A snack, indeed!” she shouted as she dropped the basket, its contents rolling in every direction unhindered, all but a single shining silver blade.  With an upward thrust she met the creature, sliding the dagger smoothly between its ribs as it fell on her.  She knew by the gush of crimson that erupted from the wound that she had found her mark – the beast’s hateful heart.

It raked her cheek with a claw, drawing a cry from her lips as she fell to the ground, roots digging into her back as the full weight of the monster bore down upon her then continued its collapse, leaving her staring at the sky through the auburn of autumn.

She forced herself to stand and peered down at the crumpled mass that had been her village’s terror.  The blood dripping from her chin fell into the pool pouring out of the beast’s side, and she could not tell a difference between the two.

The men came then, drawn by the noise, expecting to find her corpse and instead finding the other.  They lifted the body onto their shoulders.  Shouts of “The beast is dead!  We have killed the beast!” erupted from their lips.  As they turned to follow the path into town with their prize they found themselves facing the girl grinning with full teeth, her knife held aloft in challenge.

Silently, their elation shattered and their false bravado revealed, they lowered the hairy corpse to the ground and slunk off into the trees.

She barked a laugh, pulled her cloak from her shoulders and enclosed the beast’s body within its crimson folds.  Satisfied, she began to pull.

No one dared offer help.  The men who had so recently tried to claim her victory watched from the trees, hungry for glory but knowing defeat.

She pulled, a trail of blood marking her path all the way into town.  Her father, mouth agape with wonder and eyes full of fear mixed with relief, watched her approach, moved to help only to be held back by her upraised hand.

“What?  How did you…?” he asked, desperate to understand what his eyes showed him.

She unrolled the cloak, spilling the massive body, matted fur caked with blood and grime, at his feet.

“It was just a wee wolf,” she said through a vicious grin.