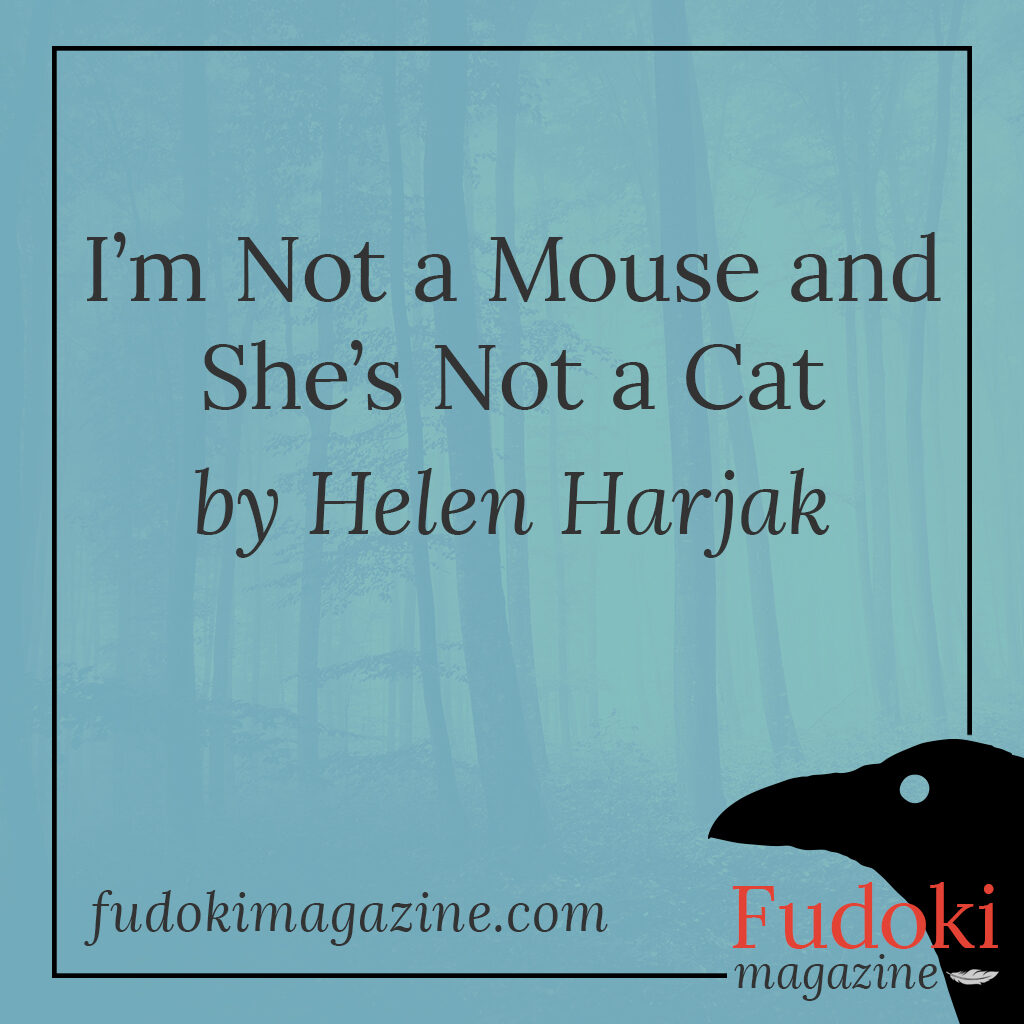 She gets me banned. They suspend my account. It’s embarrassing to admit, but I have one of those who-am-I-without-my-followers breakdowns. I’ve spent so long building my brand. Seeing it all disappear hurts unlike anything that has ever hurt before.

I pass a few days just staring at the eggshell-coloured walls of my flat. They’re mostly blank; I’ve never had much time to decorate. I’ve put up a replica of the poster where the cat devours a suffragette. They distributed these back in the day to inform the public of how the Liberal Party mistreated the imprisoned protesters. The Cat and Mouse Act. I glare at the cat’s bloodied fangs and wonder if I’m the mouse in our scenario. On some level, the power disparity between Anthea Lambros and me isn’t that vast. On the platform, we were equals. Yet, for the wider industry – the establishment, to use that paranoid word – she’s a god.

My mind swarming with thoughts of revenge, I dive into the Dark Web and make some connections. They offer to sell me drugs and child pornography. I hatch increasingly abhorrent plans until I come across the Time Doctor. They say they can take me back to the right moment, stop me from posting that one phrase that gave Anthea all the ammunition. But there is, of course, a price.

It’s one of those pacts that doesn’t seem too bad to begin with. Every night between 1 a.m. and 7 a.m. I’d undergo a metamorphosis and become a spider. I can manage six hours, I think. Who cares if I sleep as a human or a spider? 1 a.m. allows me sufficient leeway to go out, bring someone home and get rid of them in time – or simply eat them if I end up turning into a particularly large spider.

I get my followers back and send some zingers in Anthea’s direction. Knowing what she’s going to write about next gives me extra material. Even though I’m in the mood to celebrate in the evening, I don’t make plans with friends because I don’t know how the change will happen. By 12:59 a.m. I’m lying in the middle of my bed. I have one last look at the platform and put away my phone.

I breathe in and out and wait. When the pain hits, I feel all my organs grind together into mush. My limbs curl inwards. I manage to push them out; they are long and hairy, tentacle-like. I use them to raise my torso. To my pleasure, I realise I’m rather large. I amble off the bed towards the big mirror in the hallway. My reflection is so grotesque I can’t help but grin, although smiles don’t come across very well when you’re a spider. My squashed organs rumble hollow. I rush to the kitchen where my legs prove inadequate for opening vacuum-sealed doors. I poke at the cereal boxes; they fail to interest me. It’s meat I crave – and I know whose meat.

I worry that I’ll have trouble navigating the outside world but soon find myself able to climb buildings and move across rooftops. Releasing gossamer threads is as easy as spitting, only it’s done through my navel. As the fragrant spring breeze urges me onwards, I feel lighter than I have felt for some time. I dart from building to building above the clamour and the sirens of the city.

It takes me a while to find my way. I know her address, though I can’t exactly use my phone to map out the route. It’s one of those large North London terraced houses with lush magnolia trees and a pillar-box red door. I could never live somewhere like that, even if I saved every penny I earned. And she had the audacity to tell me she had suffered, that I didn’t know what I was talking about because I had never experienced real workplace sexism. I smack my spider-mouth and think about tearing into her pale, ageing skin. At least it would be largely hairless, perhaps like eating boiled pork fat. The idea of it makes me salivate.

I resolve to try the large bay window at the back. It seems the kind of place a woman her age might have her boudoir. Although she would probably baulk at the word boudoir, say it’s her dominion or something. I scurry closer to the window. My supple limbs tremble from excitement as they grip the grooves in the brick walls. I need to hang upside down to peek past the floral ruffled curtains – I guess generational taste isn’t something you can escape. All I can see is my own reflection. When a giant spider reaches out and touches one of my legs, I freak out. I spit towards a nearby tree, but it’s already climbing on me. We struggle and both sway on my thin thread before tumbling to the ground.

We untangle our legs and retreat, eye each other from the opposite corners of the garden. She hoists herself up using a large oak. Not to be bested, I throw myself on the adjacent sycamore. Soon, she’s shooting threads at me, and I shoot back. When a pattern begins to emerge, she scrambles to the middle. We move in parallel, in a dance of creation. I notice how she shows signs of wear. One of her limbs is shorter, dangling helplessly. There are scratch marks on her back and something filmy on three of her eyes. It’s still dark, a few hours to go until sunrise. In the morning I will ask her a question.