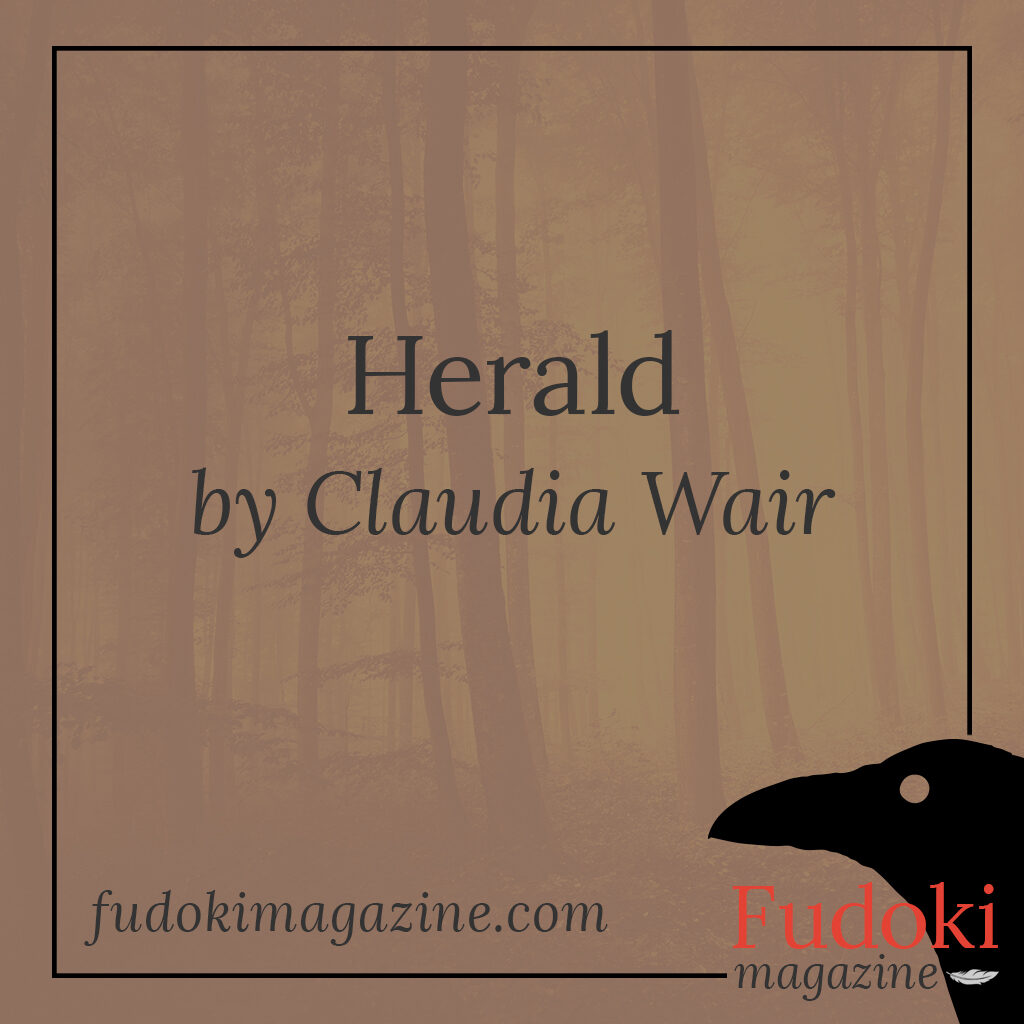 The young man couldn’t remember anything when he awoke, not even his name. He sat up, got his bearings, and found that he was on the bank of a dry riverbed. Something nudged at his memory like a fragment of certainty, a promise of context. A village? Yes. A day’s walk eastward. Naked and dirty, he began the trek, letting the pull of a nameless instinct guide his bare feet.

Reaching the village well before sunset, he saw the inhabitants before they saw him, so he hid himself and watched.

The people labored in the heat. Some dug shriveled tubers from the parched soil. Others descended a ladder into a deep well to reach what little water remained. Weary and covered in dust and sweat, the villagers ended their toil for the day.

The young man stepped forward. A little girl saw him and froze, eyes wide. He smiled, not wanting to frighten her, but she screamed.

Everyone looked up in surprise. The young man felt ashamed for arriving in their village filthy and unclothed, and for a moment he wanted to run away. But only for a moment.

The villagers’ shock turned to wonder. The people murmured amongst themselves. Someone spoke to the little girl who’d screamed and she ran to a nearby house. The people in front of the young man knelt, heads bowed.

The little girl returned, followed by a tall woman in green linen robes that churned up red-brown swirls of dust as she walked. As the woman approached, she reached for young man’s face but stopped herself before touching him. There were tears in her eyes. The young man felt he should know this woman, that when he knew himself again, he would find she was a beloved sister.

“We have waited so long for you!” the woman said.

“You know me? I cannot recall my name.”

She nodded. “I am not surprised you’ve forgotten. You have been gone a long time.”

Now she took his face in her hands and leaned close to whisper one word; his name.

Everything came back to him. Memories of moisture-heavy clouds, of mountain snows, of swollen rivers.

He threw back his head and laughed. His joy was the spell. And the rains that his arrival heralded fell at last.