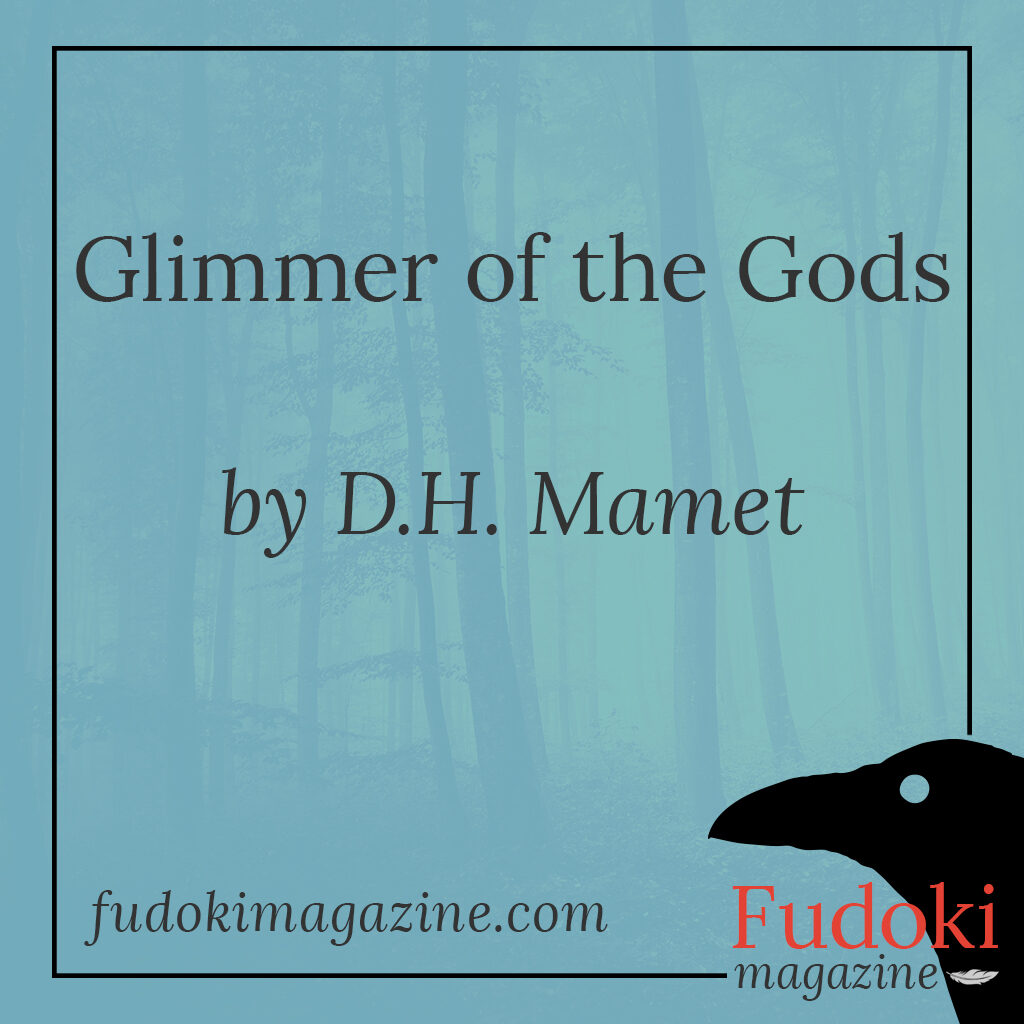 A clap of thunder rocked the train and shook its windows. Children squealed and mothers soothed their fears. The lamps flickered and Kaol muttered the words of the revealing spell under his breath. The incantation drained him but he continued until the shimmering curtain finally appeared in front of him. It was invisible to everyone else, but through it, Kaol could now see the true nature of every passenger in the carriage.

Most occupants of the dining car were human but there were some enchanted folk travelling south through the Transvaal. A table of goblins played cards; two faie nodded a greeting. A harpie nursed a glass of scotch and two fauns bickered over the remains of a burger. However, he could not see Elena.

A party of young men drew his attention. The shimmering veil revealed their true identities and Kaol boiled with frustration. How had he not recognised them straight away?

Kaol had tracked this band of men for months looking for Elena. He had almost collared them a week ago through a shaman in Botswana, but their magic had strengthened and they slipped away.

They were lean and strong but their leader was something else. A hulking mass of a man with a scar that ran from the edge of his eye, down the length of his face to his collarbone, and an unbuttoned shirt that revealed the long dagger of a Ranger strapped across his chest.

Something was different since Botswana, a shimmering around his edges that Kaol knew did not belong to a Ranger. It was Elena’s light. The glimmer of the Gods.

The lamps flickered again and Kaol realised that the barman was standing behind him, looking through the veil. “I love that,” the barman said. The spell snapped out of existence and everyone looked human once more. Kaol glared at the young man.

The barman picked up Kaol’s barely touched plate of food. “That one’s big. Would you like a hand with him?”

The barman pointed at his name badge and a shimmering veil, the size of a credit card, appeared at the end of his finger. The ‘James’ badge now read ‘Hermes’, and on the edges of the tiny veil, Kaol could see the glimmer radiating off his face.

“Yup.” His chuckle was warm and mischievous.

“They have my wife. Somewhere here, beneath the veil.”

“I’ve been tracking them too.”

Kaol’s mouth slackened as the logic dawned on him.

Hermes pointed out the window. “Uh-oh, time’s up.”

The train ploughed into the heart of the storm and fingers of red lightning built up outside the glass. “You seen this before?” Hermes said. Kaol shook his head. Hermes grinned. “Get ready.”

In a flash of crimson, the lightning hit the earth and the magic-folks’ day-sheaths were torn from their limbs. Faie squealed and fauns kicked. Kaol jumped up, a glowing wizard now, but he was too slow for the young god, who appeared between two of the Rangers and felled them with a bone-crunching head knock.

Hermes shot Kaol a glance. “I can never resist that one.”

A punch floored the third, but their leader was on his feet and out of range, flinging the table into the air. Hermes dodged and held out a hand.

The Ranger lunged at them.

A green light shot from Hermes’s hand. The Ranger’s fingers were on Hermes’s throat but the light shield tightened around the huge forearm. His bones crunched and he roared, “She’s over there.”

Hermes flipped the shield around the brute’s chest and pinned him to the bar.

Kaol rushed to the last booth in the carriage.

A human family played with carved wooden animals on the table. Like all humans, they were trapped in the slowed reality that protected them from the magical world when it was stripped bare. The baby squirmed in slow motion in her mother’s lap and stretched towards the toys.

A clap of thunder rent the air, the windows sucked inwards. The Ranger called out. “Will she recognise you in thirty years?”

The little hands wrapped, finger by finger, around the neck of the giraffe.

Kaol was not trapped in their snow-globe slowness, but his words warped as they came out. “But she was…”

“Not anymore. Her powers are mine.”

Rolls of thunder built to a crescendo and the light-show outside shattered the air into mirrored shards that tore into his heart. He drew a hollow breath and darkness fell. The train passed through the storm’s heart and Kaol saw the children’s hands return to normal time and heard the clattering of meal time return. Still, he stared at the girl.

She held her hand out towards the man in the aisle. “Da-dah.” She dropped the toy.

Kaol caught it before it fell. Her fingers gripped the giraffe’s head and he prayed to feel some trace of her former power, but there was nothing.

“No, darling, that’s not dada,” her mother said.

A gentle hand rested on his shoulder. “I’ll take it from here,” Hermes said.

Kaol turned away and walked back up the aisle. The three rowdy men were slumped over their table. The fourth was nowhere to be seen. The faie, fauns, goblins and harpy straightened their clothes and Kaol slumped into his chair.

“May I get you anything from the bar, Madam.” Hermes voice came from so far away. “We’ve just had a plate of ribs delivered. They look delicious.”