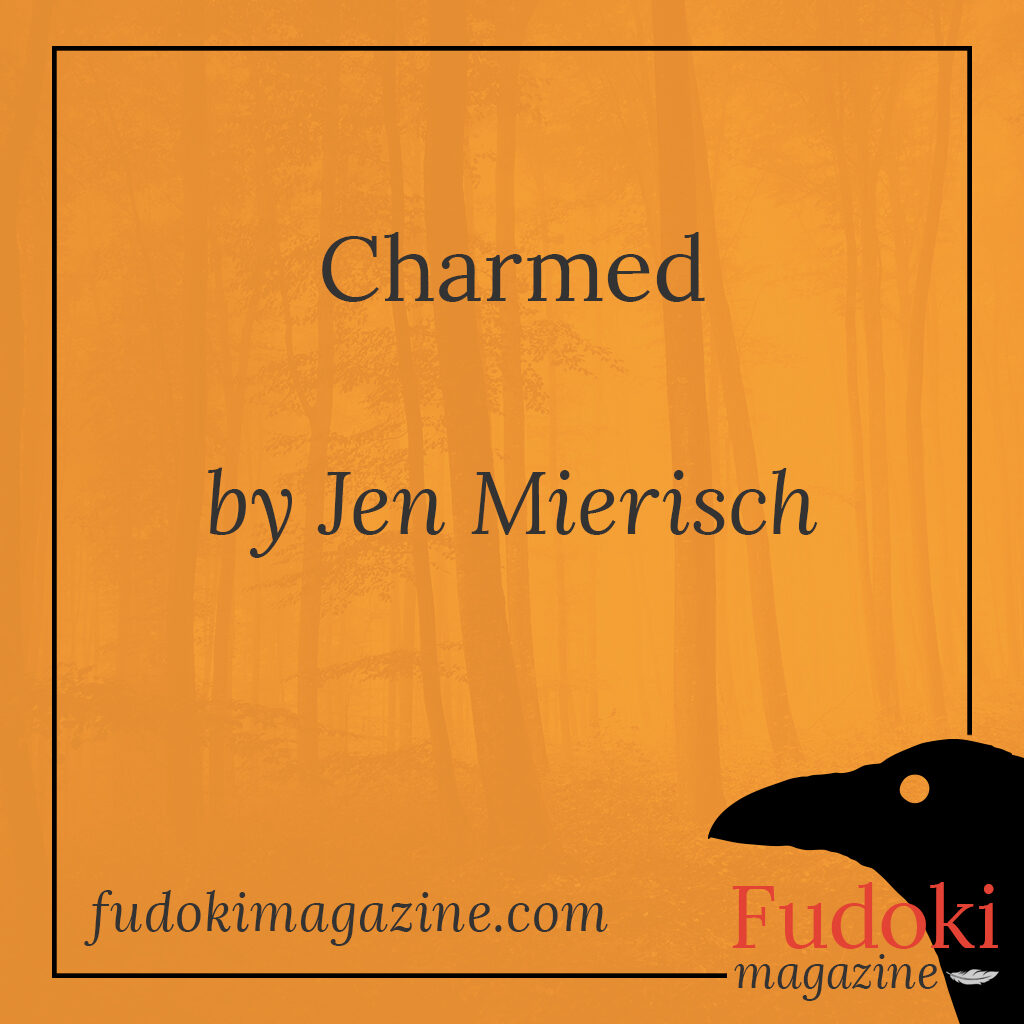 Maybe it wasn’t such a good idea to buy this necklace from Monsieur Honoré.

Not that it’s not beautiful. It’s gorgeous, with this iridescent stone shining on its silver chain.

And it’s not that it doesn’t work. It works great. Evidently Mr. Honoré’s reputation is well deserved. Antique dealer? Ha! He’s more like a witch doctor. Jodie got that bottle of tonic from him, after trying to have kids for ages, and within a month she was pregnant. And Monique bought a love potion from him, and Phillip asked her out the very next day. The guy’s got skills.

The problem is that it works TOO well.

This charm reveals the truth, Mr. Honoré said. Liars will be exposed, he said. No deceit will go undetected by the wearer of this talisman. It will protect you from being led astray, he said.

How right he was!

It’s not all bad, really. It’s great to be able to tell honest news from fake news at a glance… even online, the false words glow with a sickly green color. It was really satisfying, telling off that bogus insurance salesman who rang the doorbell the other day… his face was priceless! Even the phone glows greenish when one of those phony “IRS agents” calls asking for money.

But Sara is in the doghouse now, after what she said in that dressing room at Macy’s. “Those pants look great on you, Maddie!” Her face glowed green as she said it. Bright green! Ugh. Some best friend she is!

Then there’s the kids. When they were toddlers, they couldn’t lie to save their lives. Apparently their fibbing skills improved over the years. “No homework tonight!” “Everyone else in the third grade already has a cell phone!” The little green-faced rascals.

And get this! Mom texted the other day saying she couldn’t babysit Friday night because she and Dad have a trip planned. The text was green!! If you can’t trust your own mother, who can you trust??

Even the bedroom mirror, evidently, had been making things appear slimmer than they really are. Too much information, mirror, thank you very much.

Mr. Honoré’s return policy says 30 days, satisfaction guaranteed. Have other people returned this particular item in the past? You gotta wonder.

Maybe it just takes some getting used to. Nobody is 100% honest all the time, are they?

Spending time alone isn’t so bad. It’s better to be lonely than to hang out with liars, isn’t it?

But I miss George. Even though he told that tall tale about how much money he actually spent on that TV, maybe it was wrong to kick him to the curb. Maybe I was better off in the dark.

The damn amulet goes back to the shop tomorrow.