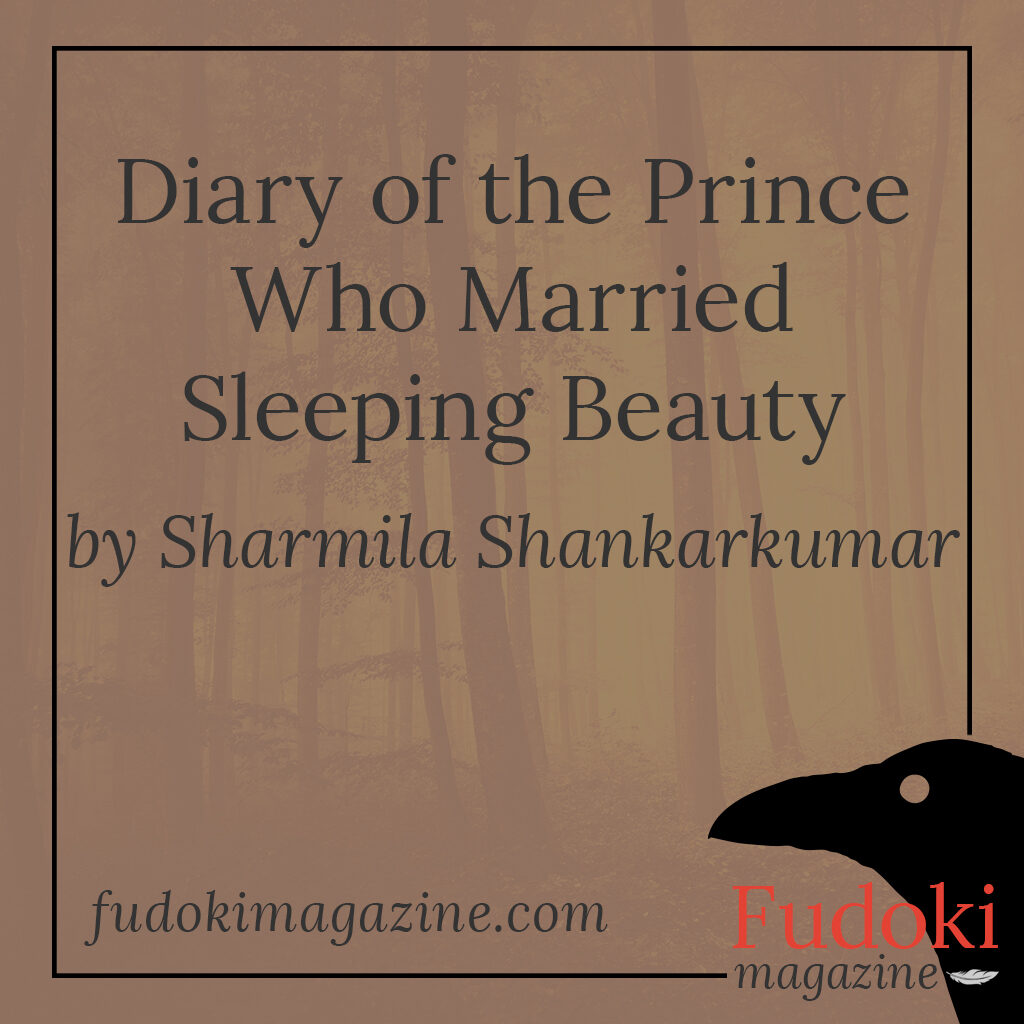 She was asleep. I stole a kiss. The rest is history.

I don’t mean to complain. I mean, she’s beautiful, and really, the sweetest girl. But that sleeping thing? It hasn’t gone away.

Impossible to get her out of bed in the morning.

And before you ask—yes—I’ve tried waking her with a kiss. Tender, passionate, French, I’ve tried them all. It’s the first thing I thought of. She kisses back, then starts to snore.

Things no better. Late to everything. Late to cut ribbons, late to start wars, late to make peace.

Talked to S.B. today. She says perhaps she’s not a morning person. Can we schedule events in the afternoon?

I think not. Is sleep addling her brain?

Talked to Queen Mum today. Totally unsympathetic. Told you not to listen to Shakespeare, she says. What’s in a name, etcetera. Everything’s in the name, son. What did you expect, she says?

Never believed in that stuff. But feeling low. Hoped for smidge of hope.

Instead spouting cryptic BS: something brewing in our future. Or some such. Annoying.

Must ask Treasurer what we’re paying him.

Met with King of Ethiopia this a.m. S.B. rubbing her eyes, stifling yawns the entire time. Also, drooling. Mortified. K of E a surprisingly good sport. Pulled me aside, gave me a bundle of smelly brown beans. Apparently, they drink them there all the time. Foreigners.

Joyous day. Cannot believe what transpired. Roasted and ground the beans, extracted bitter brown juice. Took a cup to S.B., who drank it, then jumped out of bed, wide awake.

3 thoughts on
“Diary of the Prince Who Married Sleeping Beauty”