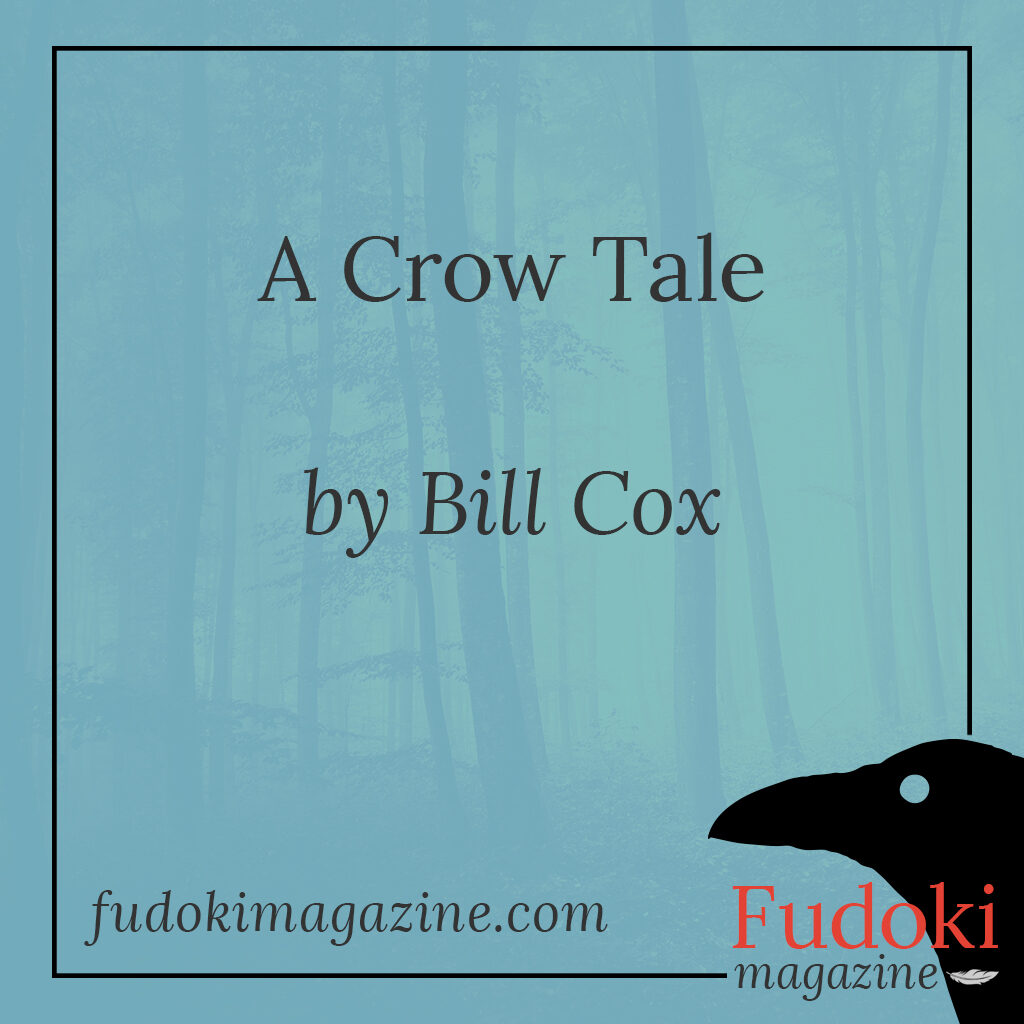 Martin’s new home, a quaint country cottage, stood on its own, nestling in-between crop fields off a quiet rural road. It was his little slice of countryside heaven.

When he received the keys from his estate agent, he was also given a curious piece of advice passed on from the previous owners.

“Martin, apparently you’re not to feed the birds!”

Martin remembered the previous owners from the viewing. They had looked haggard and drawn, as if dealing with some personal misfortune. He suspected their advice was a further sign of their poor mental state and promptly forgot it.

So Martin moved in and got himself comfortably ensconced in his new abode. The property had suffered some neglect but Martin found a simple pleasure in the work and threw himself into it, putting his own stamp on his new home.

The cottage had a small garden in which there was an old, weathered bird-table.  Martin liked the idea of his garden being an oasis for the small birds, so he repaired the bird-table and gave it a fresh coat of woodstain. With the estate agents’ words having vanished from his mind, he began the habit of putting some seeds out on the bird-table each morning.

It was a joy to watch the Sparrows, Tits and Chaffinches congregating on the table, pecking away at the food. The Crows would observe from the garden fence, but Martin didn’t want to encourage the bigger birds so he would shoo them away. They grew bolder however, jumping onto the bird-table and scattering the smaller birds, gulping down the seeds in mere seconds. Martin often grew frustrated, watching from his living room, as the bird-table became a mass of black feathers and sharp squawking beaks.

One fine spring morning he again witnessed this Corvid larceny and decided that his patience with this state of affairs was now at an end. Martin charged outside in a fit of righteous indignation, expecting the Crows to scatter. However, the six crowded on the table stood their ground and continued their unauthorised consumption.

Somewhat surprised by the Crows casual attitude to his proximity, Martin gave off a few half-hearted shouts and waved his arms a bit, but the avian bandits ignored him and finished off the pile of seeds.

Then one of the Crows turned to face him, as calm as you like. Martin could sense a certain arrogance in its manner, as if it was looking contemptuously down its long, pointed beak at the human before it. He couldn’t help but feel slightly intimidated and noticed how sweaty his palms had suddenly got.

The words were unmistakable and it was the Crow that had said them. Martin stood there, shocked. Moments passed. He was almost at the point of mentally writing the incident off as an improbable audio hallucination when all six Crows turned to face him. In unison, they spoke.

There was an unambiguous sense of menace radiating from the black-feathered beasts. An air of unreality came over Martin and he walked indoors, fetched a fresh packet of seeds and walked back outside with them. All the while the thought ‘Is this really happening?’ swirled through his mind like a leaf blown on a crosswind. He threw the open packet on the ground, scattering seeds like confetti over the lawn. The Crows promptly attacked this bounty. Martin took the opportunity to scurry back indoors.

From that day on, the Crows appeared in the garden each morning, calling out “More. Food.” until such time as Martin emerged and scattered seeds over the lawn. At first, he tried to ignore them, but on such occasions a raucous chorus of squawking would keep him awake all night. Feeding them appeared to be the lesser of two evils.

However, each day the number of Crows grew, until a large packet of seeds was gone in a day. Martin found himself stocking up on bags and bags of seeds at the local supermarket. Every morning began at first light with a croaking chorus of “More. Food.”. On the few occasions he tried to cut back or couldn’t get enough bird food, then his clothes would disappear from the washing line or his car tyres would develop peck-shaped punctures. Thus a litany of low-level harassment would send him scurrying to the supermarket, the cries of “More. Food.” echoing in his ears.

This took an inexorable toll on his health and well-being until the day when the inevitable happened – Martin was fired from his job. He had some savings, but these were soon spent on bird food. Thus, penniless and jobless, one day he awoke to the usual chorus of “More. Food.” now emanating from the throats of hundreds of Crows.

He walked outside in his pyjamas, a withered, shrunken figure. Sinking to his knees on his overgrown lawn, he cried “I have nothing left to give you!”

Suddenly the birds all went silent. A single Crow flew down to join him on the grass. It occurred to him that it was the same Crow that first spoke to him, but really, how could you tell?

The Crow studied him for a moment, tilting its head this way and that. Then it spoke once more. New words, this time.

Martin looked up at the Crow and met its eyes. In that pitiless Corvid gaze he recognised his fate. Hundreds of Crows, perched on his roof, the trees and his garden fence all flew at him as one. His body was covered in mass of black feathers, his screams ended by five hundred piercing beaks.

2 thoughts on
“A Crow Tale”