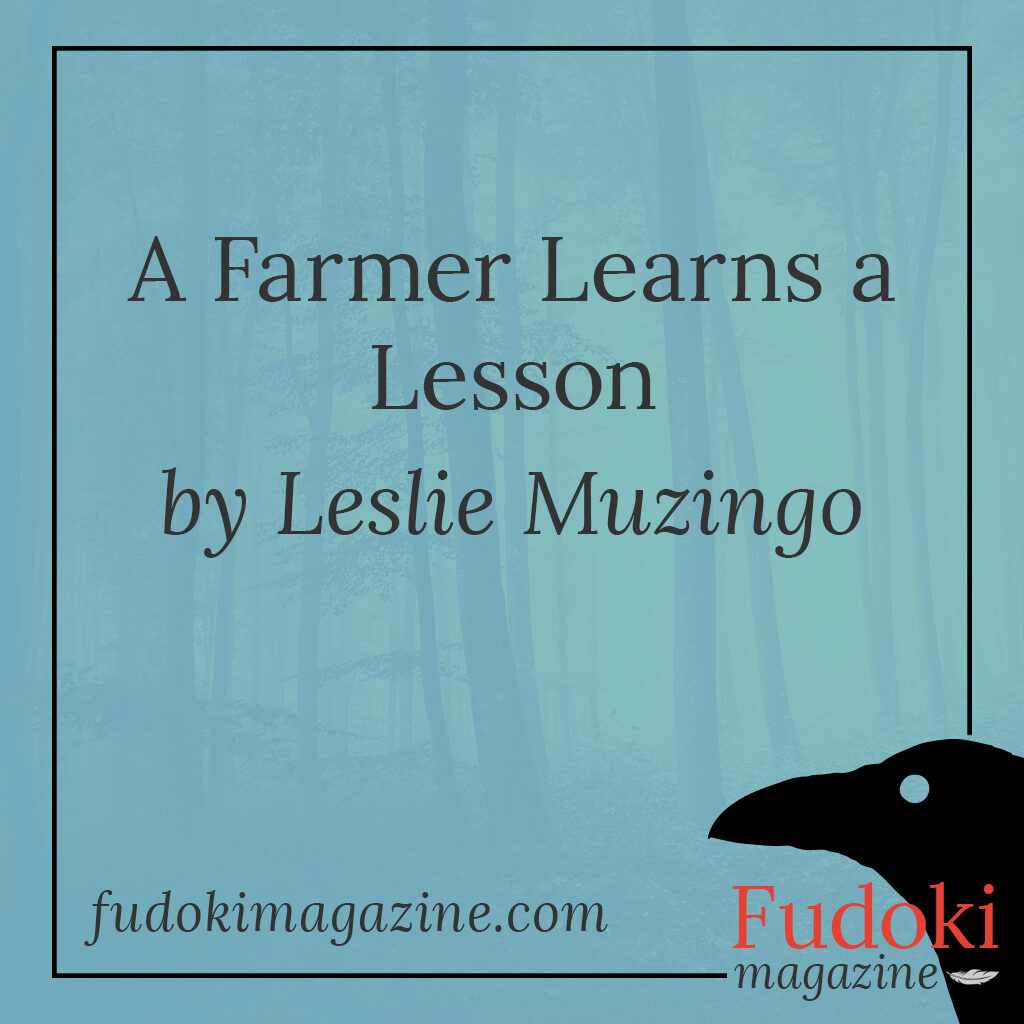 Once upon a time, in the land of Nunyabizness, there lived a farmer. This farmer was like all the other farmers in the land. He raised livestock to eat and sell, and he grew grain for the livestock and fruits and vegetables for his use. Every other farmer did the same, and no one tried to tell each other how they should farm their land. It was how it had always been in the land of Nunyabizness, and it was how they all thought it would always be.

“You would be the talk of the land,” cajoled the peddler. To the farmer’s wife, he whispered, “All of the other housewives would talk about you in jealous tones because your kitchen would be beyond compare with these modern items.” To the daughters, he said, “Do you want the most handsome men? The richest? Then you must look your best! Let me show you the way!”

Mother and daughters were reaching for their purses, but just then the farmer came around the corner. “What is going on?” he asked.

The women, ever honest as women in that land were apt to be, told the man of the house what the peddler had said.

“Husband, I NEED those kitchen things!”

“You KNOW you want me to marry well!”

The farmer grew red-faced. “NO!” he cried. “You know we do not want people in our business! You have let this peddler know too much about us! Also, you would have our neighbors jealous of us? We are all the same here! Wife, daughters, are you not happy? Why do you seek to change how we have always been?

The farmer told the peddler to leave, but the peddler was determined. He approached the farmer with his hand outstretched.

“Sir, I’m sorry if I’ve disrupted your home. Let me make it up to you by giving you this token, said the peddler. With a smile, he handed the farmer a small, white corm.

“What is it?” the farmer asked.

“It is garlic,” the peddler replied. Your wife should chop it and add it to your stew tonight. Let it cook in a while. I think you will enjoy the flavor.

The farmer could not refuse a gift. He clasped his arm around the peddler’s shoulder and said, “Come, you are a good fellow. Stay and dine with us.”

The peddler was correct in his description of the garlic. The farmer and his family loved the flavor it brought to the stew. The very scent of it filled the cottage and made everyone smile.

The farmer pulled the peddler aside before he could leave. “Can you sell me some more of this garlic?”

“Alas, no I cannot. But I can sell you the plant so that you may grow it for yourself. Then you will have all you will ever need,” replied the peddler, repressing a secret smile.

The farmer bought all the garlic plants, which were corms much too small to eat, that the peddler had. The next day he plowed a new field just for the garlic and set out the corms. Soon the field was green with new growth. The farmer rubbed his hands together, for it would not be long before he would have garlic with his food.

He had it sooner than he had planned.

One morning his wife brought in the fresh milk. “Husband taste this milk. It doesn’t taste right.”

The farmer tasted it, and yes, it tasted off to him. “Is all the milk like this?”

“Give it to the pigs,” he responded.

He watched the cows from afar and saw nothing unusual. He walked into the pasture. The cows seemed content. Patting one cow, he noticed something hanging from her mouth. It was garlic tops.

The garlic was already spreading into the other fields.

He tried stopping it by pulling it all up, but it was too late for that. It had spread too far. He tried burning off the other fields, but by the time he’d thought of it enough had gone to seed and blown to neighboring farms. The infection grew and grew, and the land of Nunyabizness now had a problem that was everyone’s business.

And his neighbors weren’t happy about it.

When the peddler came by again, the farmer pulled out his purse and admitted defeat. He bought everything his wife and daughters desired. The peddler smiled, shook the farmer’s hand, and the two parted as friends.

The land changed its name to Allium. It seemed more appropriate since everyone was in the problems together after that day.

Moral: There is no such thing as a gift from one who is trying to sell you something.