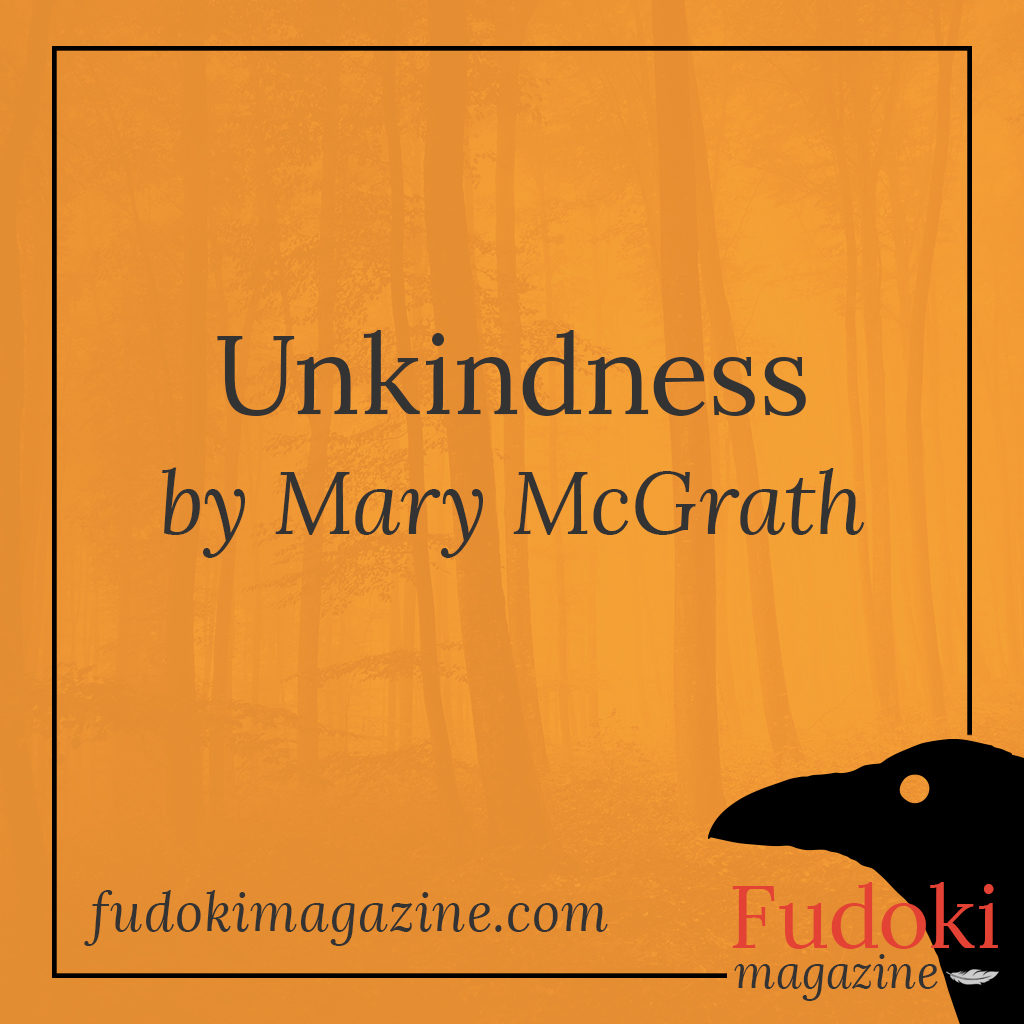 Among the scattered dinner plates she lay, all chipped and broken, as the sky seeped from mango, to indigo, to night. The moon had seen. The moon saw everything.

Under the flick, flick, flick of the fluorescent, his now calm hand, palm up, open, remained near her foot. She tried to kick it from her but her watery breaths went shallow as the burning ripped deep inside her chest. ‘So this is how it ends’ she whispered as everything went black and still.

But some things are never over. Black is never the absence of light, black is the sum.

After the burning, came the noise. The noise of movement. A thunderous flapping. Completely surrounding her, almost in her. Flipping her upwards, outwards, as she felt her body compress, click, convert.

Bursting forth from the tower, which for six centuries had cast its shadow on the river, the ravens swirled into the emerging day. Flick, flick, flick, her eyes rotated and she could see the river, the town, her life, all in panorama.

The ‘toc, toc, toc’ of the birds drowned out her calls for him. She followed the river down to the house, they had shared. She perched on the tree they had planted years ago, when things were different. Did hate last longer than love?  Was this mercy or retribution?

Unknown instinct began to call for the return to Ormond tower. Among the scattered branches she sat, all broken and chipped, as the sky seeped from night, to indigo, to mango.

Author’s note: A group of ravens can be known as an unkindness.