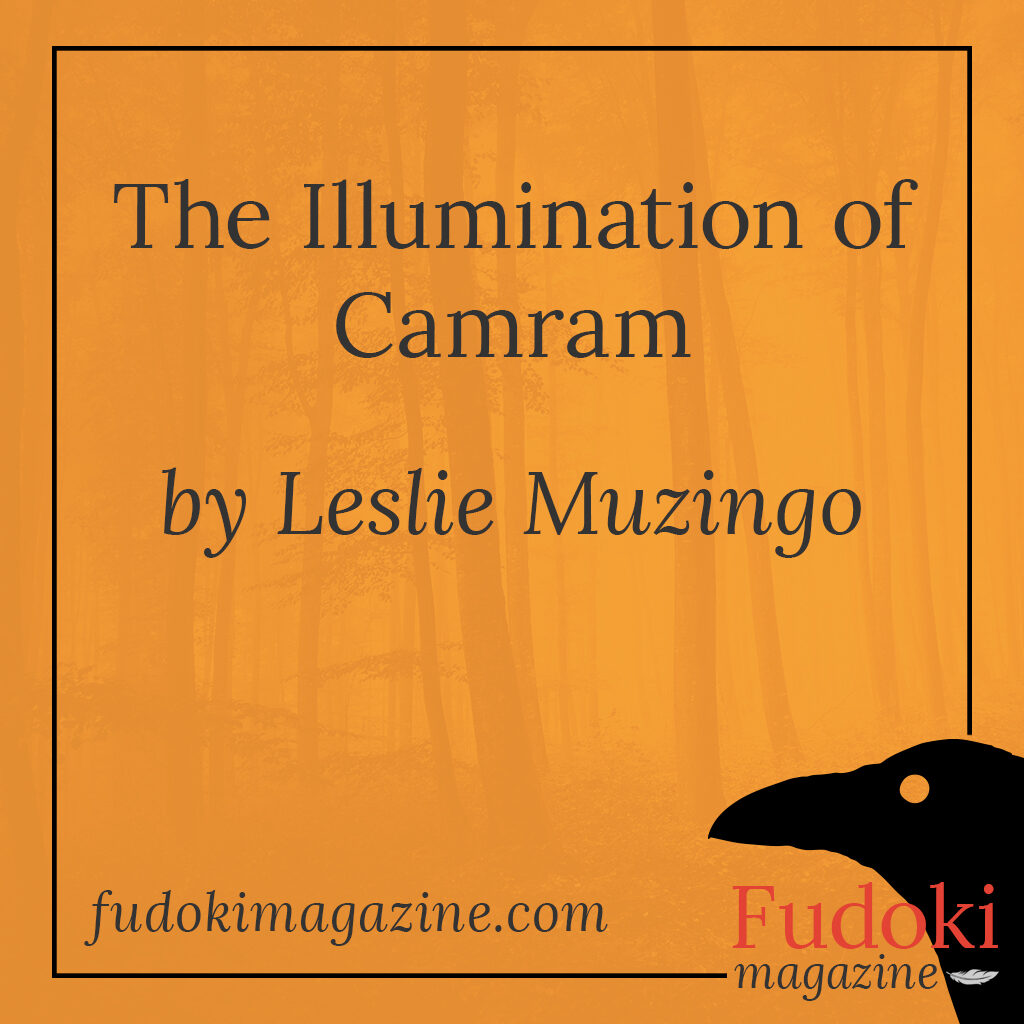 “Nana make Granda tell us a story!” the Campbell children begged. The woman smothered a smile; her husband had planned on telling them a story all along. Still, she must play the game.

She turned to her husband, raised her eyebrows, and asked, “And so, husband?”

“Ach. So,” he replied. Clearing his throat, he began his tale:

For eons, the island of Camram had been a happy kingdom. The lagoon was always blue, and everyone had plenty to eat with no sickness or pain. Beauty and happiness was all anyone knew.

Then, in an instant, the sun was gone, and daytime became darkness. Fear gripped the people. “What is happening?  When will the sun come back?” they demanded of King Tavish. He had no answer for them, so many packed their goods and began sneaking away in canoes, like thieves afraid of capture.

King Tavish pondered this. In a matter of days his island was almost deserted with only a faithful few remaining. Soon they, too, would leave unless he could restart the sun.

He felt a tap on his shoulder. He turned and saw his trusted friend and advisor, the Raven.

“Sire, the Queen’s time has come. There is no midwife. You must come home at once.”

The King’s heart pounded his clan’s rhythm as he ran. He wanted a son, but his wife was his heart. Would the gods who had made their world dark grant him happiness or punishment?   His lips were dry from prayer by the time he reached their hut.

The Raven flew ahead and lit a candle. The King almost wished for darkness because the candlelight revealed her suffering. He took her hand. Just then she shuddered in pain and the King felt a ghost walk over his heart.

The Raven bowed as he stepped forward. “Sire, you know my experience in these matters. Normally I would never suggest I assist Her Majesty but today…” he waved his wing toward the darkness outside. “I also have a small amount of magic in reserve for times such as these.”

The King jumped up and steered the Raven into a corner out of the Queen’s earshot. “Are you saying you have the magic to save her if–”

The King was relieved that the Raven did not make him say it. “No, Sire. My magic only gives me the physical capacity to be a midwife.”

The Raven stood tall. “I will grow hands.”

“Wings are useless for delivering a human baby. Magic allows me to temporarily grow hands to deliver your child. But if there are problems…I would do my best, but… will you deliver the child, or shall I?

Using his beak to reach deep behind his right wing, the Raven pulled out an amulet bag, and from inside that bag, a vial. The Raven held the vial in his talon and pried it open with his beak and swallowed the contents.

The Raven quivered three times, and then the room became a storm of feathers, spinning, swirling, and twirling so that nothing but black feathers could be seen. Tavish felt them brush his skin, some prickly and some downy, some tickling and some sharp, but all very, very black like a tornado whirling out of control. Suddenly it all stopped, and the room was still. The Raven bent down and presented his hands to his sovereign.

The King clasped the Raven’s hands and pulled the bird to his feet. “Never has a Prince had a better escort to lead him into this world.”

Things began to move fast. The Raven instructed the Queen, “One more push!”   The Queen complied. Harder!” cried the Raven.

The Raven turned to the King. “Sire, you must make her.”

Her weary eyes met his.

He began to yell. It was a fierce yell. It was a mighty yell. It was the yell of Celtic conquest. Looking into her tired blue eyes, he gave her hand a violent squeeze and yelled. Would she take his dare?  He shook her hand and yelled even louder. He was about to give up when she squeezed his hand, bore down, and roared!

“Yes!” cried the Raven as a baby boy slid into his outstretched hands.  Laying the bloody child on his mother’s breast, the Raven waited for the parents to speak, but they only had eyes for one another.

The candle had done its office lasting just long enough to get the child born. The room went dark, but only for a moment. The child – who had lain so quietly on his mother’s breast – smiled. It was a smile so brilliant, so resplendent, that the room glowed.

Dumbstruck, all three stared at the baby. Then the Queen laughed, “Husband we are blessed!  His smile will light our world!  Go announce it from the Great Cliff!”

The Raven agreed, “Yes, go now, before anyone else leaves the island. Let them know that Camram has no need of the sun for we have a King’s son!”

The King didn’t want to leave his wife’s side. All he cared about at that moment was that he had a beautiful son, and a beautiful wife, and a wise friend. Still, to make them happy he would do what they asked.

Standing at the top of the Great Cliff, he held the naked baby over his head and cried out, “BEHOLD!” his voice echoing through the hills. “You who wanted to know when the sun will come back – My son is born!  He is a miracle!  He is the light of our world!”

As if on cue, the child chose that moment to smile, and sunshine was restored to the land.

Granda saw that the bairns were asleep. “Come wife. Let’s go light our own world.”  She smiled the brilliant smile of her ancestors in reply.